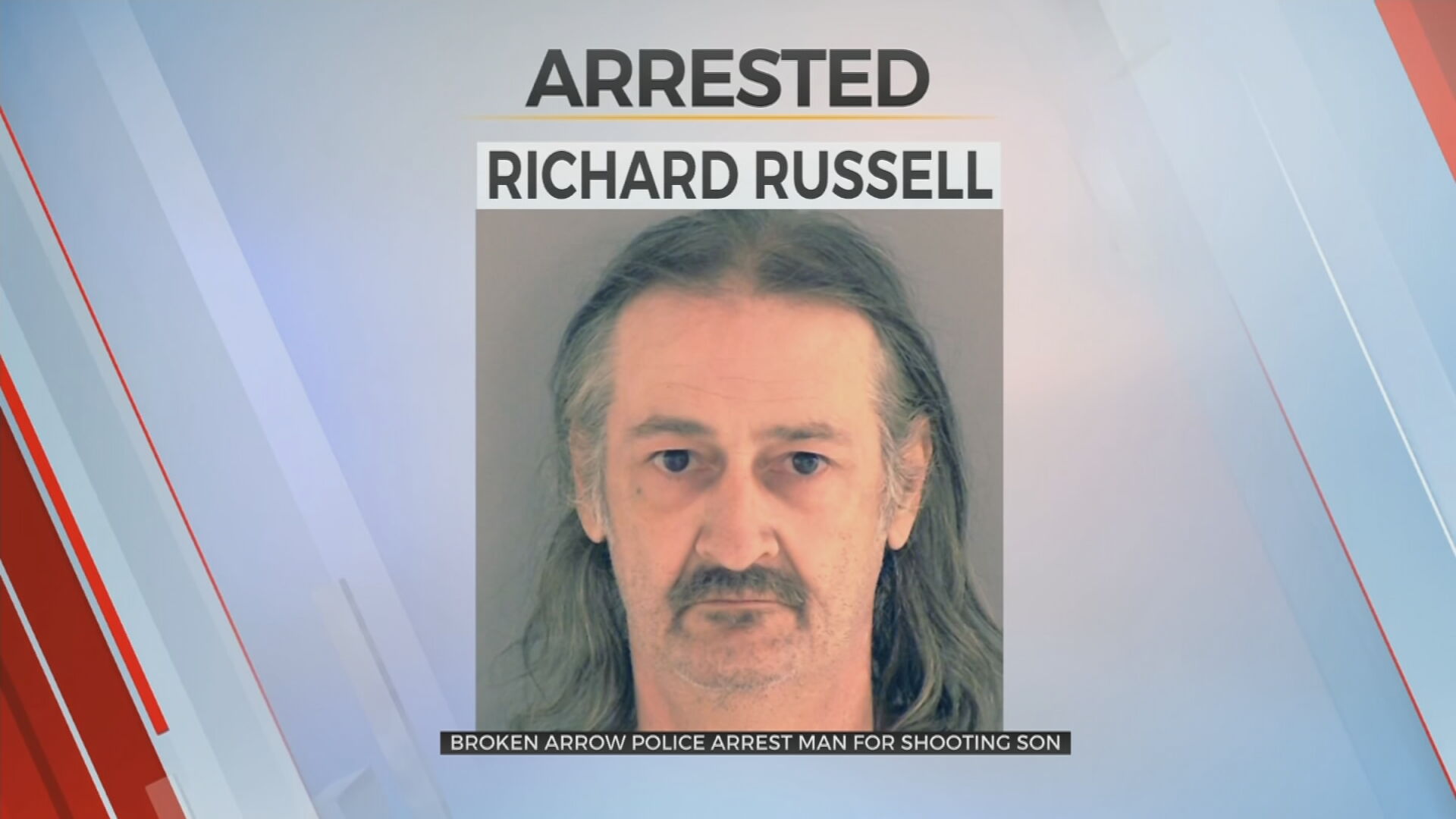 A 21-year-old man is in the hospital with serious injuries after Broken Arrow Police said his father accidentally shot him while showing him a gun.

Police said Richard Russell first told police he had no idea how his son got shot, then later he admitted he accidentally shot him while showing his son a gun.

Police said they responded to a home near Kenosha and Main in Broken Arrow last night and found the victim with a gunshot wound to the stomach.

Officers said Russell told them it was a random shooting that happened between their home and a nearby restaurant, and he didn’t know what happened.

Police talked to the victim's mother who they said told them she found her son in her bedroom, bleeding from his side, and did not hear any fighting or arguing.

Officers say the mother eventually told the truth about what happened, and when they confronted Russell, he finally gave in and said, “it was my fault. It was an accident.”

They said Russell told them he was showing his son his grandfather's gun, which he thought was unloaded, and it went off when he and his son handled it.

“Not sure who pulled the trigger or how it was pulled but it wasn’t handled properly and now we have a young man in very serious condition in the hospital,” said Officer Chris Walker with Broken Arrow Police. “Treat all firearms as a dangerous weapon because they are. Treat them as being loaded at all times.

Russell has been booked into the Tulsa County jail for reckless handling of a firearm, and obstruction after they say he lied about what happened.”

Russell has been booked into the Tulsa County Jail for reckless handling of firearm and obstructing police.