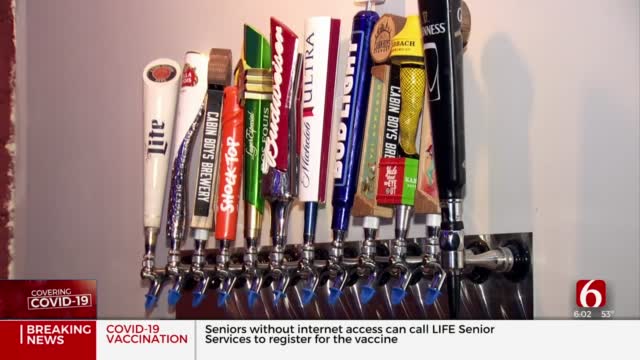 Governor Kevin Stitt is canceling a requirement in his latest executive order for bars and restaurants to close after 11 p.m.

This new executive order comes after an Oklahoma district judge said last night those types of businesses did not have to follow the governor's curfew until the summer.

A temporary restraining order was put in place last month after six bars sued the state over this rule. Those bar owners argued the governor doesn't have the authority to force them to close at 11 p.m.

Health leaders claimed in court that requiring bars to close early would stop the spread of COVID-19.

The judge said there needs to be evidence showing the impact bars that stay open after 11 p.m. have on cases in the state.

News On 6 reached out to several Tulsa bars about being able to stay open past 11 p.m.

The owner of Club Majestic said he was extremely glad, but he does think bar owners should be taking reasonable precautions like they've been doing.

Valkyrie said they think it is great news bars are being allowed to go back to regular operating hours, and they look forward to staying open later.

While the curfew is now gone, businesses will still need to separate tables with plexiglass or sanitized glass.