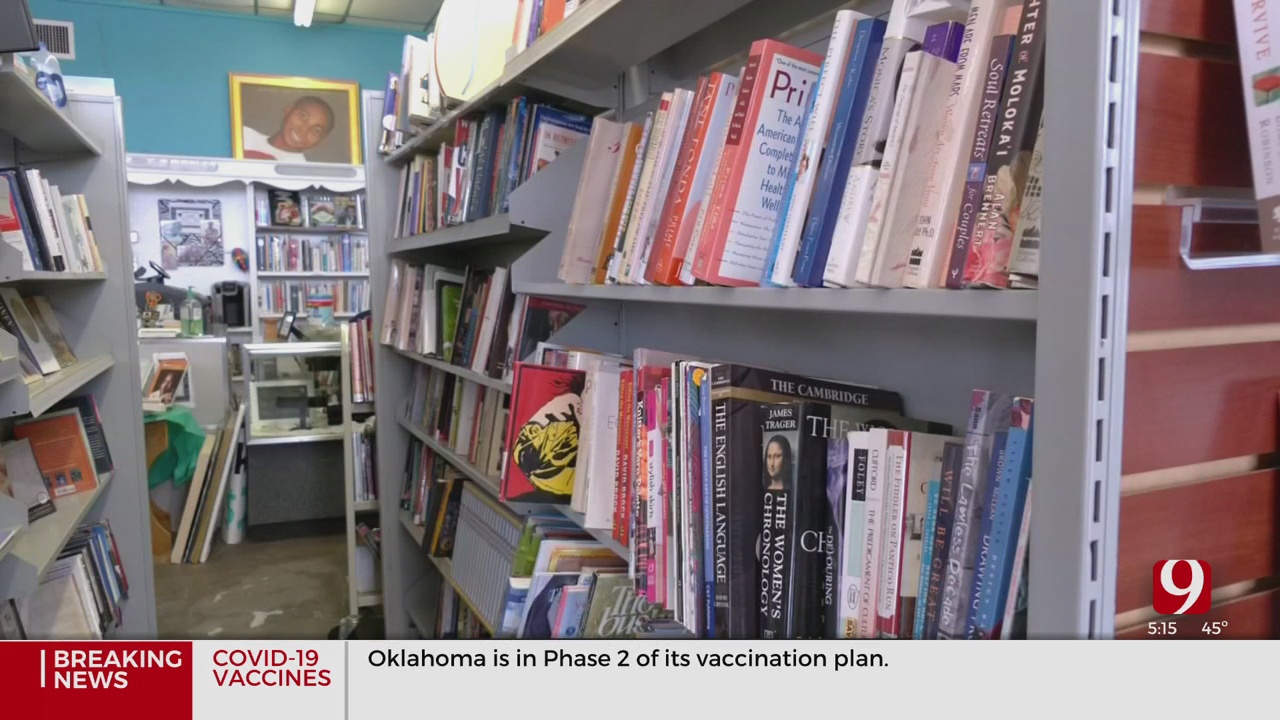 An Oklahoma City book store is asking for the public’s help. Due to the financial impact of COVID-19, the store is on the verge of having to close its doors.

Nappy Roots Books has been a staple to many in the community, especially during some of the protests last year.

“We are here to give a voice to the voiceless,” said Camille Landry, co-owner of Nappy Roots.

Landry helped start this book store a few years ago near NE 36th and Kelley.

From the beginning, they’ve hosted several events, from a coalition on homelessness to discussions about local schools.

“We’ve made it a point to make this store available to those people doing anything good for the community,” said Landry.

One of the biggest events happened over the summer, when thousands of protestors gathered in the store’s parking lot following the death of George Floyd. Landry said that was one of the more powerful moments of her life.

“Thousands and thousands of people gathered in this space,” said Landry.

But like many other businesses across the state, 2020 was not a kind year to Nappy Roots. Because of the pandemic, Landry said they’ve lost much of their foot traffic and have fallen on difficult times financially.

“That really hit us hard, and so sales have been down and the bills keep running,” said Landry.

Many in the community have reached out, but those at the store said any donations would help.

“For us and for the people who partner with us, the closure of this store would be really painful,” says Landry.

Click here for a link where you can donate to the store.