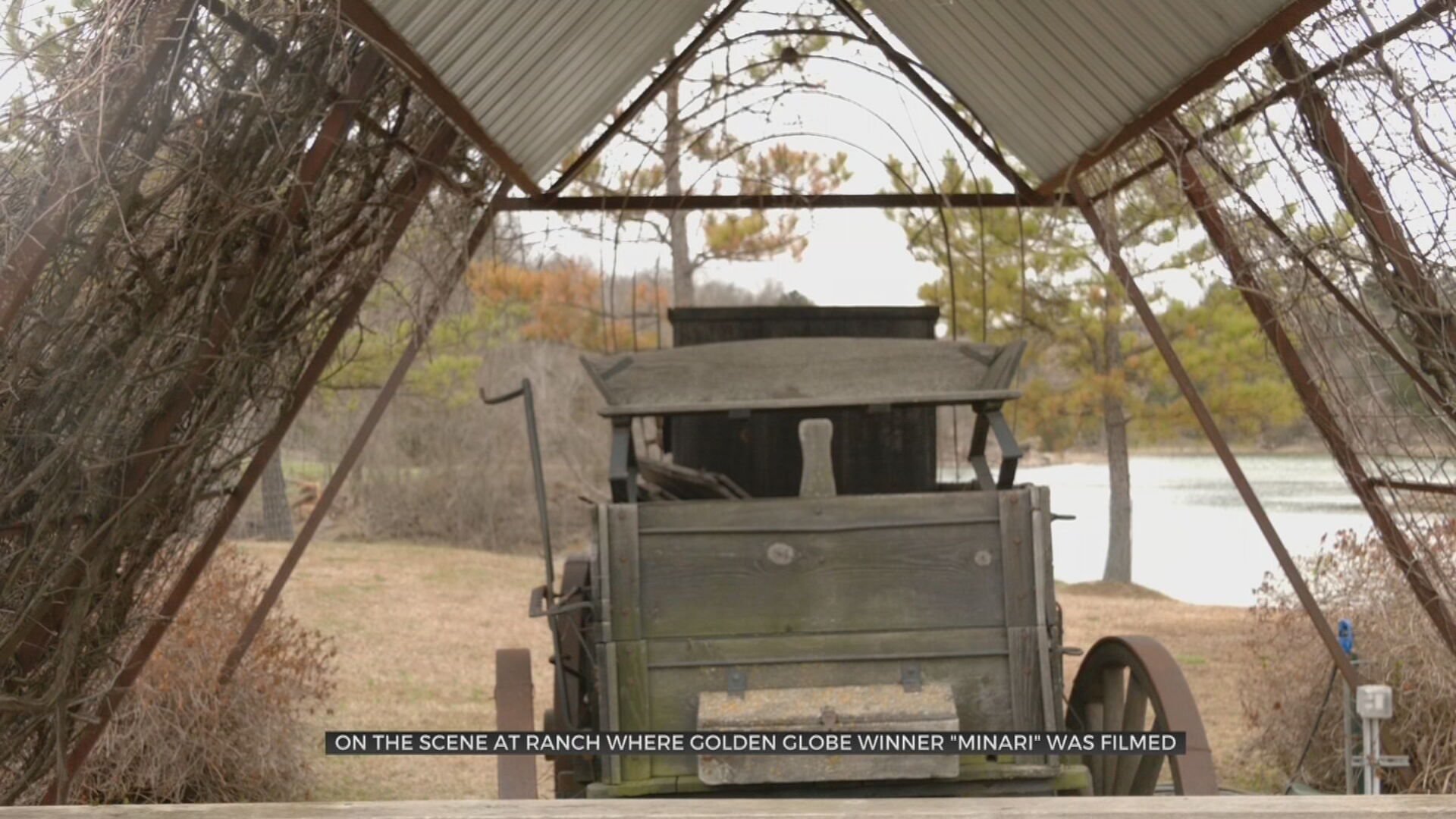 The movie "Minari" is getting a lot of buzz at award shows, and it was filmed right here in northeastern Oklahoma.

The film was shot in the summer of 2019 in and around the Tulsa area and tells the story of a Korean American family who start a farm in 1980s Arkansas.

Tom Warren, co-owner of Meadowlake Ranch said it was an incredible experience getting show people in Hollywood what Oklahoma has to offer.

"All of the crew was tremendous; it was easy to work with them, and everything just went very, very smoothly," Warren said.

Meadowlake Ranch is on 260 acres just west of Tulsa in Sand Springs. Co-owner Warren said working with the cast and crew of Minari was an amazing experience, but it wasn't the first time cameras were rolling on the property.

"We've shot several national commercials, and this is our third movie; we're old hands at this now," Warren said.

Location managers scouted the property and contacted Warren before production began. From there, between 30-80 people worked on the ranch for about five weeks to get the movie to the big screen.

Warren said the crew was impressed with the scenery that the Tulsa area has to offer.

"The people from California tend to think that Oklahoma is one big, large, flat plain, and it's all the Sahara Desert. They were very surprised to see how much green and how much water is in this part of Oklahoma," he said.

Warren said he has seen the movie, and it is an incredible film. He said he is thrilled for the crew with the success the movie is having at the box office and at award shows.

"We did whatever we could to facilitate that, but they are the real heroes in this, as they made it all happen," Warren said.

Warren said he has already started talking to the production crews about hosting more movies at Meadowlake Ranch.