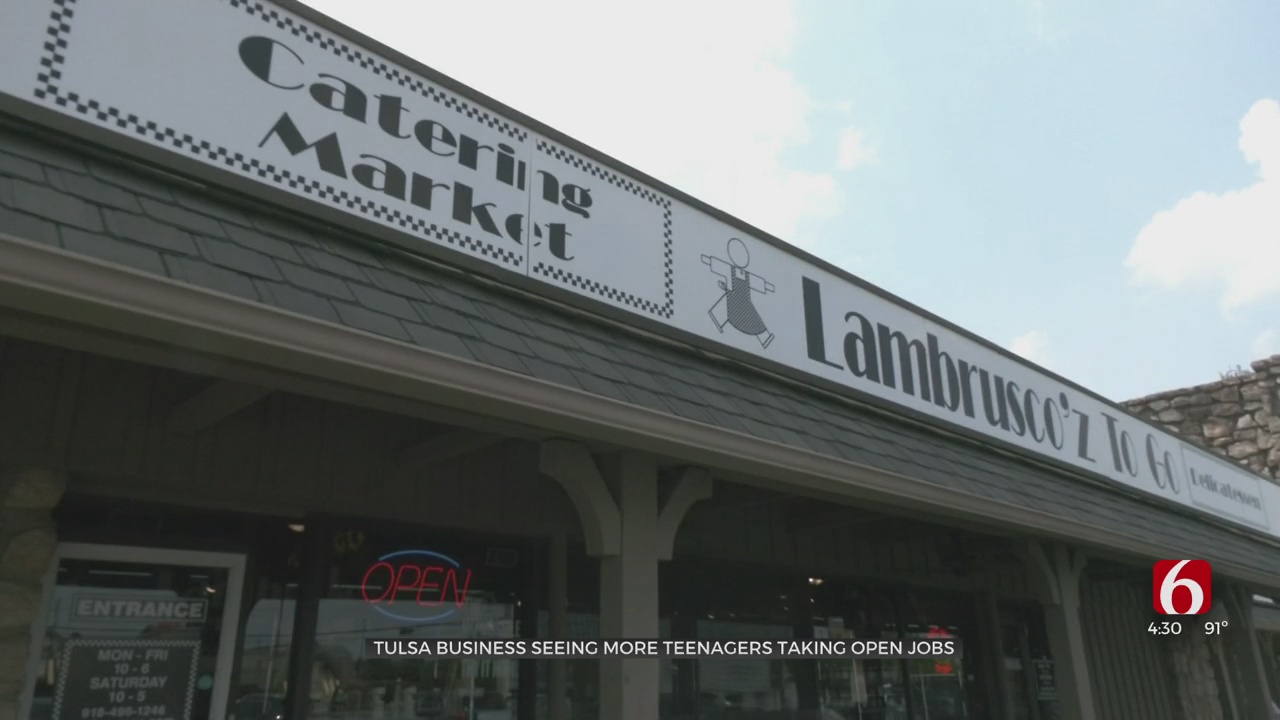 Countless businesses are having trouble finding employees to fill open positions. However, a Tulsa restaurant said teenagers are starting to take some of those jobs.

Lambrusco’z Deli has not had much trouble getting enough team members during the pandemic, thanks to Generation Z.

“Gives you some stuff to do and not just be bored sitting inside and you are making money to,” Sydney Simmons said.

Simmons is one of the teenagers who have helped businesses keep running during the pandemic. In May, the Associated Press reported that more than 33 percent of teens ages 16 to 19 were in the national workforce, the highest figure for teen workers since the Great Recession in 2008.

“Everybody needs a few teenagers on staff because otherwise, none of us would know how to work the phones,” Owner Nancy Bruce said.

Bruce said she lost a lot of workers during the pandemic, but teens stepped up.

“During the pandemic, the teenagers, they weren’t going to school, they were going insane at home, so they started coming out again,” Bruce said.

Bruce said they have done a great job filling those empty spots, but she expects them to leave once school begins.

“It teaches you a lot, teaches you to be a hard worker for the real-life and a lot of skills,” Simmons said.

Simmons said she’ll still be able to work at Lambrusco’z, even after she starts college this fall in Broken Arrow.