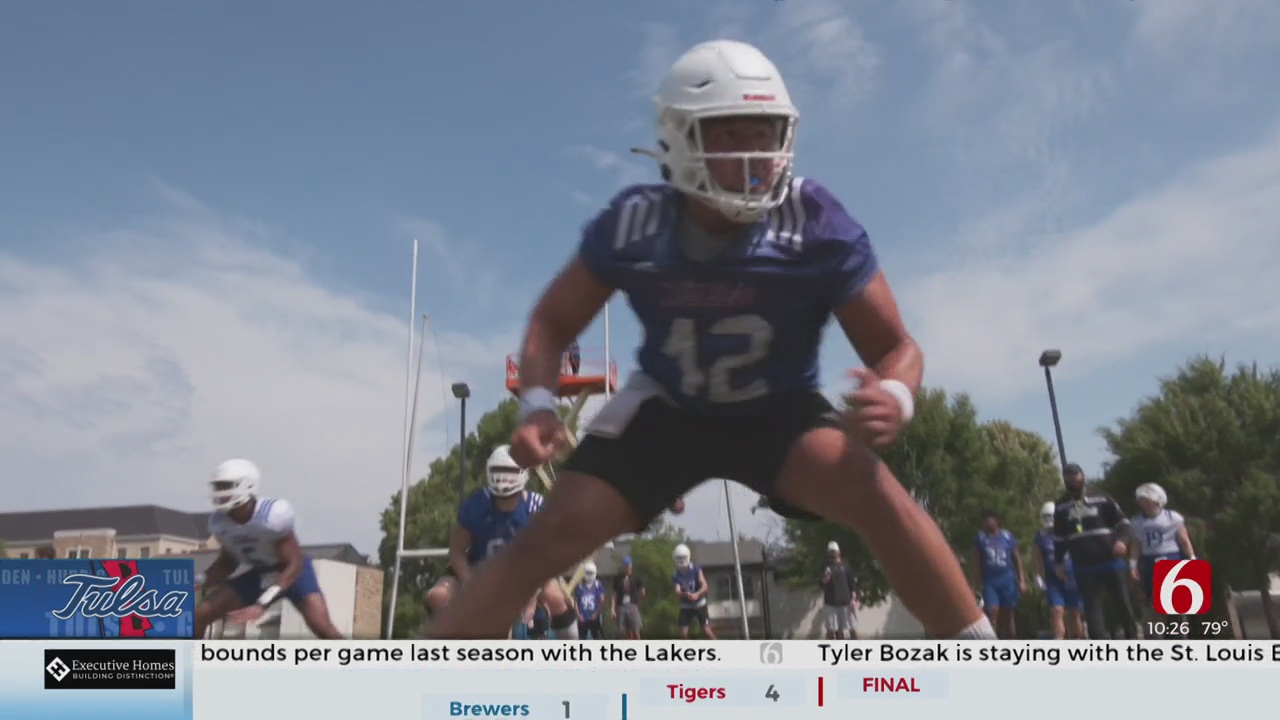 Before Saturday’s showdown with Ohio State, the University of Tulsa deep snapper Adam Higuera got his hands dirty doing something you might not expect a football player to do.

News On 6’s Dan Hawk explains how fixing air conditioners prepares him for the field.

"That dude has been our snapper and has handled all of our snapping duties from the day he stepped foot on campus until now,” head coach Phillip Montgomery said.

The deep snapper position will most likely never make the highlight reel unless they screw up, but it’s a key position in a winning a football team.

"They’re a unique group. They work just as hard, if not harder than every guy on our football team, but their impact can be so great in the course of game,” Montgomery said.

For Higuera, his desire to be a long snapper on punts and field goals, was something that’s been passed down.

Nine of the last 10 years a Higuera has been placed into the role. Adam’s older Rey played for the Golden Hurricane in more than 35 games.

"My brother has obviously paved a path for me, and he has helped me find something that I have a true passion for, that I love, and I get to be here at the University of Tulsa, doing it every single week,” Higuera said.

So, what has Higuera done to prepare to become a long snapper? His answer may surprise you: fixing air conditioners.

"People don't believe me when I say it, but when I go back home, I do air conditioning it’s a place of Zen,” Higuera said.

Growing up in Gilbert, Arizona, and dealing with the heat on a constant basis taught Higuera one thing: that sometimes success doesn't come easy, which translates to the football field.

"I'm really proud of my blue-collar roots and being in Arizona where it’s hot and it’s 110 degrees outside, you always become appreciative and you know how to work hard,” Higuera said. “With football, you apply the same thing, blue-collar mentality, lunch pail in hand and we are going to work every day."

Whether its deep snapping or fixing air conditioners for Higuera, it’s the lessons he learned from his dad that help make him successful.

"You know, sitting on a rooftop, 110 degrees, it’s not easy and the values he has taught me and all that included with the skills of air conditioning, that’s kind of a reinforcement for me,” Higuera said. “It’s a big thing to remember where you come from, it’s who you are."

TU Men’s, Women’s Basketball Excited For What This Season Has In Store