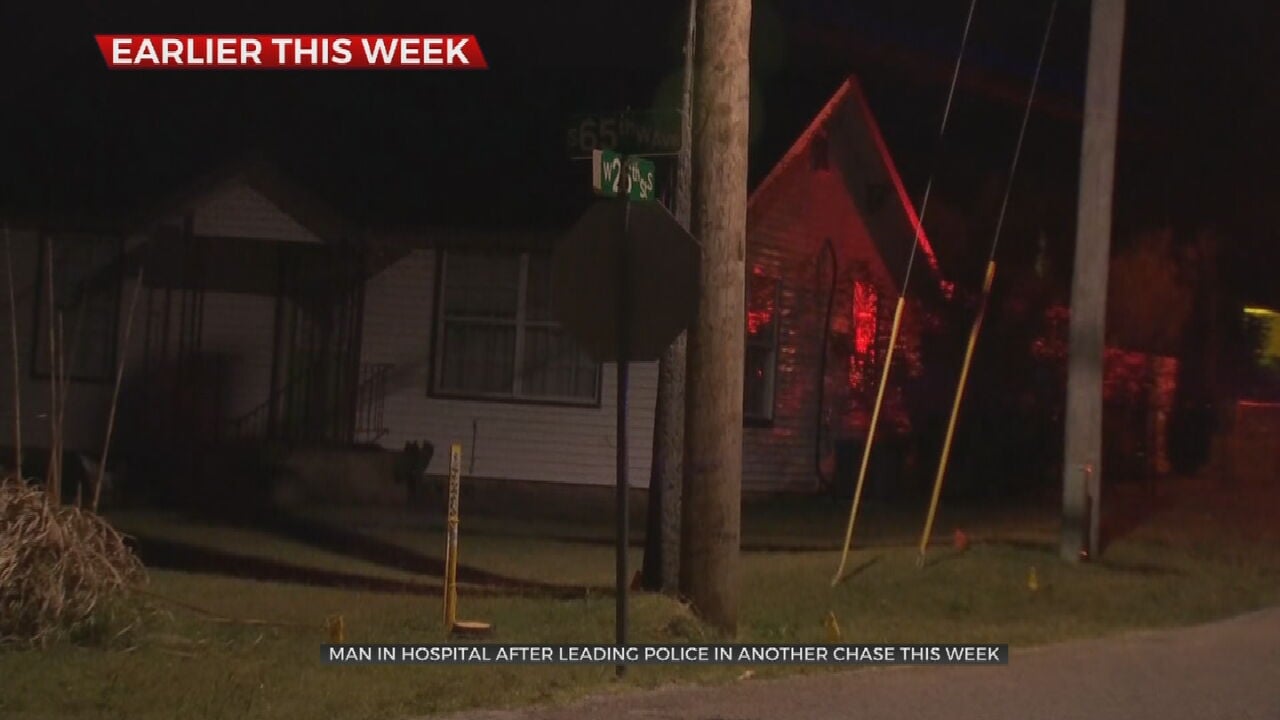 Tulsa police say a man who was named a person of interest in his mother’s homicide has died after shooting himself at the end of a police chase. Investigators said the man shot himself outside the home where the homicide happened earlier in the week.

Tulsa police said around midnight on Friday morning, officers spotted Tommy Carmichel driving a white truck in West Tulsa. They said he refused to pull over and was heading towards 61st and Utica, the same area investigators found Carmichel’s mother, 69-year-old Carol Longacre, dead in a bathtub on Wednesday evening.

Carmichel was named a person of interest in the homicide and when investigators tried to talk to him about it, they said he took off on a chase that ended with him getting away in Chandler Park on Thursday morning.

Police said during Friday morning’s chase, they sent officers to the home where the homicide happened to get ahead of Carmichel. They said he pulled up to the house and tried to get inside before shooting himself.

“Officers kind of challenged him from the side and the house was occupied so that was another reason why we wanted to have people here,” said Lt. Brandon Davis, Tulsa Police.