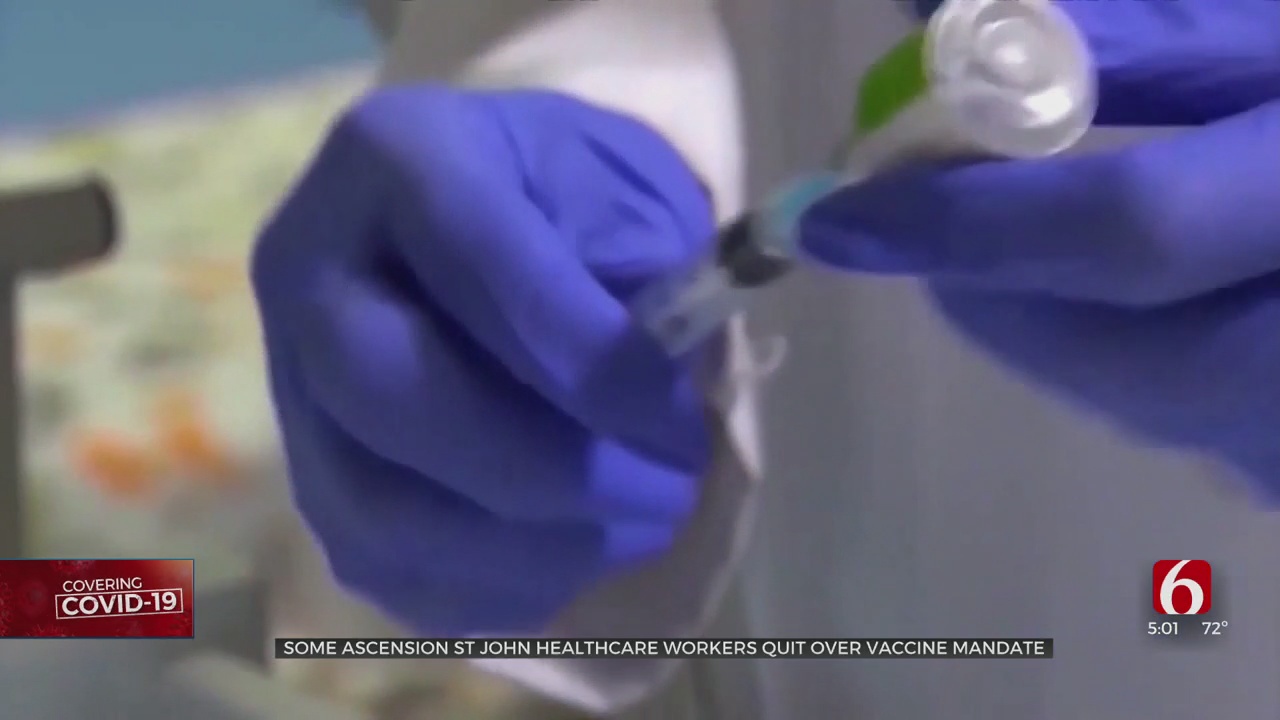 Some healthcare workers at Ascension St. John said they're looking for new jobs after they said they were not allowed to opt out of the COVID-19 vaccine mandate.

In July, Ascension said it would require all employees get a vaccine by November or people would lose their jobs.

Many nurses and healthcare workers contacted News on 6, saying their exemption requests were denied and they feel they have no choice but to leave.

That's why Parker went into nursing nearly 30 years ago. She was an ICU nurse for several years and most recently the stroke coordinator at Ascension Saint John.

"COVID is bad, I've been a patient myself," she said.

Ascension told all employees they must be fully vaccinated by November 12.

Parker said she has had two terrible reactions to vaccines in the past including kidney failure, so she requested a medical exemption.

"I have health issues that make me question taking the vaccine," she said. "I'm not negating it for anyone else."

Parker said it was denied, so she had no option but to quit.

"I had a lot of Ascension employees reach out to me," said Jeremy Strang.

Strang said he's also worked in healthcare for 30 years and helped many nurses request faith-based exemptions for the vaccine.

"I've done faith-based exceptions for 15 years from the flu vaccine," he said.

Several St. John nurses said their religious requests were denied and the company's response was they would cause "undue hardship to the organization" and "increased risk."

These nurses said it's a slap in the face after a year and a half on the frontlines and said patients are the ones who will truly suffer.

"This vaccine is never going to be a one size fits all," Parker said.

Oklahoma's Attorney General said Thursday there is no rule currently in place that requires employers to mandate the vaccine. He said if a federal rule does go into place, his office will ask for an injunction.