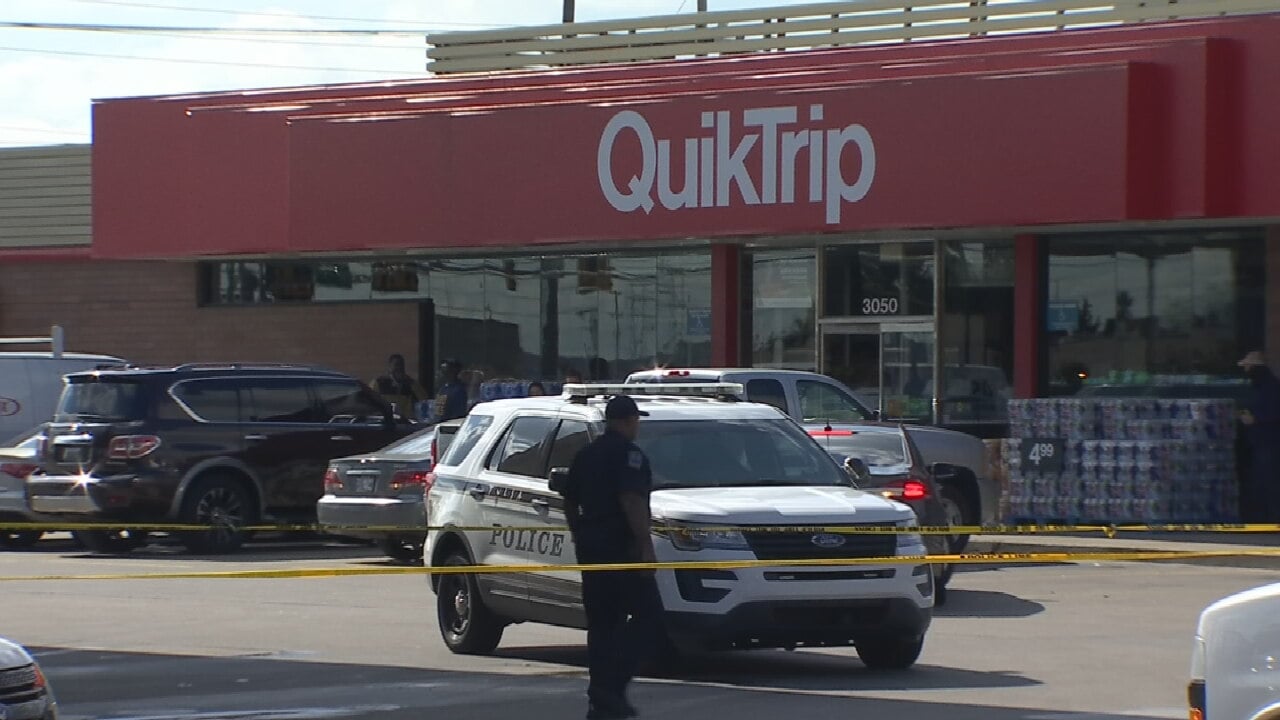 Officers say a man briefly held two people, hostage, at knifepoint today before an officer shot and killed the suspect.

Family members of the suspect say 36-year-old Derek Collins had been fighting a drug addiction for a long time, and on Thursday became extremely agitated and threatened to kill himself. Collins' father says that's when Collins' mother pulled over to a QuikTrip at 31st and Sheridan in Tulsa and called 911, but things escalated out of control.

Derek Collins' father says Collins became upset when the methadone clinic he'd been going to for years was closed. He says Collins was threatening to take his own life and began cutting his wrists in the car he was riding in. After his mother pulled over, police say Collins went inside the store with a knife and confronted an employee, then came outside and grabbed Jeremy Holbrook who was walking by with a bike.

"He's coming at me with a knife and police lit him up," Holbrook said.

"I fell to the ground and I didn't know what was going on - if they were shooting at me for something or what. Guess he tried to get up again and come after me and they kept on shooting him."

Police say it's not how they want any situation with a mentally ill person to end, but they must protect the lives of innocent bystanders.

"But right now, this looks like unfortunately somebody who's going through anguish, he's suicidal, and when he turned he decided to make that into a hostage situation. Somebody else's life was in danger. We had to step forward and take action and unfortunately the suspect died as a result of that."

Collins' father even believes Collins might've used police to end his life, in a suicide by cop.

He says he and his wife tried for years to get Collins help but says Collins resisted. He doesn't want people to see his son as bad, but as someone who had the disease of addiction.

Holbrook was still processing what happened - but says he's glad police acted quickly before anyone else was hurt.

Woman Arrested, Accused Of Shooting Another Woman At Sapulpa Apartment