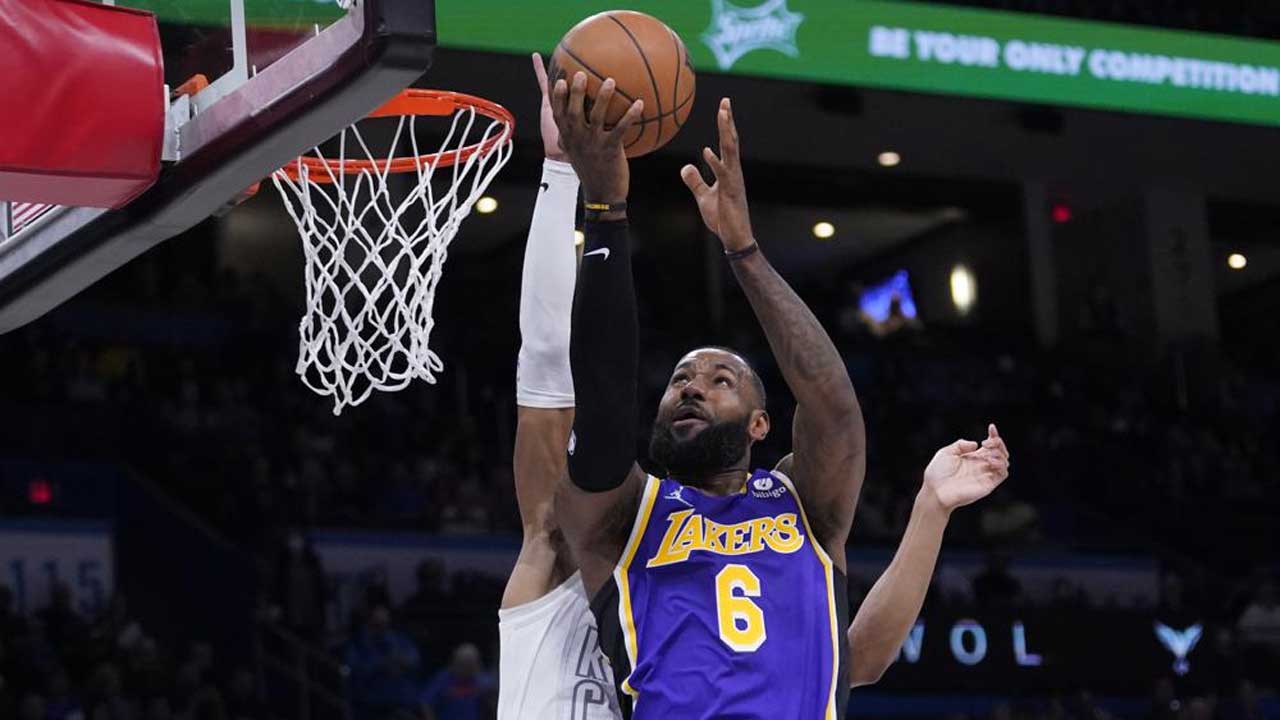 LeBron James scored 33 points on 13-of-20 shooting, and the Los Angeles Lakers rolled past the Oklahoma City Thunder 116-95 on Friday night.

James — who sat out the Lakers’ first two games against the Thunder this season, both losses — had six assists and five rebounds. Avery Bradley added a season-high 22 points for the Lakers, who moved one game above .500.

The Lakers led by 25 points in the second quarter, but the Thunder cut it to 12 before the Lakers re-asserted themselves and led 64-45 at the break. James had 23 points in the first half on 9-for-10 shooting. The Lakers shot 54% from the field and 59% from 3-point range before the break.

The Lakers remained in control and led 93-68 at the end of the third quarter.

Two survivors of the 1921 Tulsa Race Massacre attended their first-ever NBA game. Viola Ford Fletcher, 107, and her brother, Hughes Van Ellis, 100, received a standing ovation from the crowd when they were shown on the big screen.

Thunder: Missed all 11 of their 3-point attempts in the first quarter. They made 10 of 44 overall. ... Wore their gray and white City Edition uniforms and played on their alternate court. ... Lu Dort made 4 of 17 shots. ... Rookie Josh Giddey had 12 points, seven rebounds and seven assists.