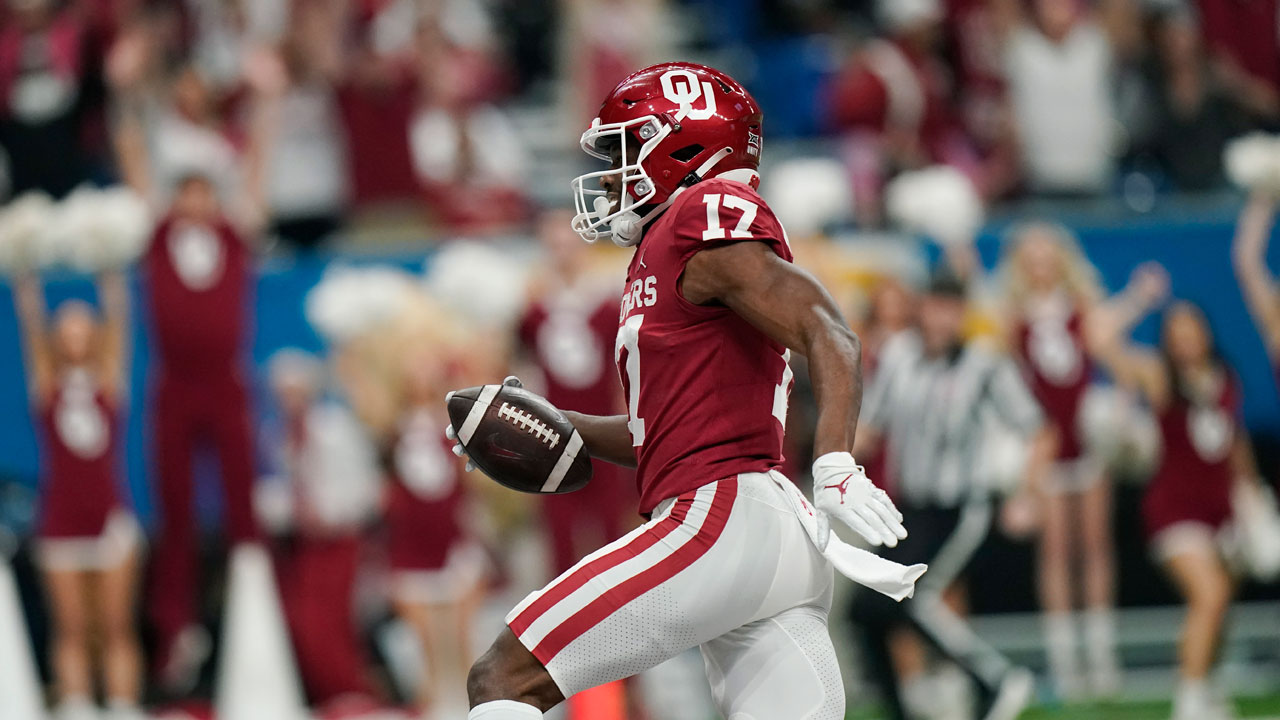 If you’re an Oklahoma football fan and you went to bed the night of Nov. 26 and didn't wake up until Dec. 26, boy, do you have a lot to catch up on!

Here’s part of what you missed: OU lost Bedlam, Bob Stoops started coaching the Sooners again and was then inducted into the College Football Hall of Fame nine days later.

It’s best to not ask how it got this way. Sometimes, ignorance is bliss.

Not only was Stoops back in the saddle, but Wednesday was your chance to witness a wrong righted. Your bowl opponent is Oregon, a team that won an interesting game over the Sooners some 15 years ago in Eugene.

Did Stoops take advantage of life’s second chance? Yes. Yes, he did.

Oklahoma ran through and over the Oregon Ducks in their 47-32 win in Wednesday night’s 2021 Alamo Bowl in San Antonio.

First Takeaway: A River Runs Through It

Stoops told the broadcast before the game that he intended to call an aggressive game.

His offensive gameplan to start was all about establishing the run. If you remember how volatile the offensive line had been all season long, this seemed like the wrong bet to make.

But Stoops had the confidence in the line’s ability to control the line and they absolutely owned it. Kennedy Brooks (127 rushing yards and two rushing TDs in the first half) had enough blocking and patience to carve up the Duck defense early and often.

With the run established successfully, it was time for the passing to pull its weight. Quarterback Caleb Williams found Stoops’ son, Drake, for six points. Williams then let one fly for a 55-yard TD pass to Marvin Mims.

The legendary River Walk is just over a mile away from where The Alamo Bowl took place in downtown San Antonio.

The Oklahoma offense ran like a river. Smooth, unimpeded and sure of itself.

It was a nice change of pace.

No one could ask for more from OU’s offense, but what about the defense?

If the game were 30 minutes long, it’d be hard to ask for much more from them either. Sooner redshirt senior Justin Broiles kept his eyes up and picked off a pass on a deflection early in Wednesday’s game. OU turned the turnover into a touchdown moments later.

But the Ducks’ offense woke up. They hit the gas to start the second half. Anthony Brown Jr. made some slick throws to shrink Oregon’s deficit. The Ducks piled on nearly 500 yards of offense and it didn’t matter tonight.

Wednesday night is the only night it won’t matter because fixing the defense’s inconsistencies in recent years will be the responsibility of Bob Stoops protégé Brent Venables.

Third Takeaway: What Lies Ahead

Lincoln Riley left the plains for Southern California a month ago but his sudden departure is still felt throughout college football. LSU, long rumored to be after Riley, went ahead and snagged Brian Kelly from Notre Dame down to the bayou.

If you’re an OU fan, it isn’t weird to feel like your program’s place in the national landscape is no longer a certainty.

A lot of Riley’s recruits followed him to Southern California. Some senior prospects flipped their commitments to rival Texas and former/future conference rival Texas A&M during the early signing period this month.

Two weeks ago, however, Venables received an unexpected signing from four-star quarterback Nick Evers out of Flower Mound, Texas. Granted, there wasn’t much time to make much of a recruiting impact in 2021 without a lot of time to work with, but the Evers signing confirms one aspect of Venables’ vision for the program.

Fear not, OU fan. Your team's place is safe, now and in the future.