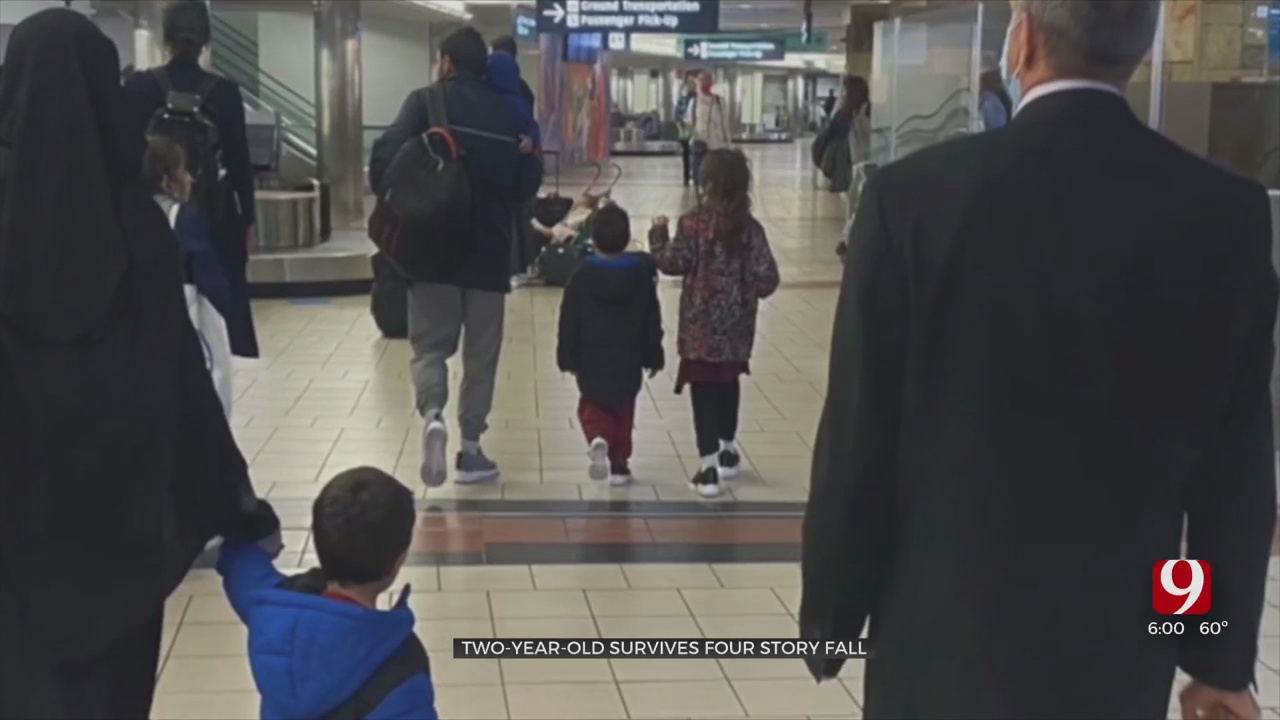 A 2-year-old boy is doing fine after falling four stories out of a hotel window.

He is an Afghan refugee who has been in Oklahoma for a little over a month at a hotel in the metro.

According to Catholic Charities, the non-profit involved in the resettlement of the Afghan refugees in Oklahoma, the incident occurred last Wednesday at a Fairfield Inn location in Oklahoma City.

Sharon Buchanan, a manager at the Fairfield Inn, says what happened was a miracle.

“I couldn’t believe it at first, I never heard of that happening in any of our hotels.”

Buchanan says the family involved are Afghan refugees living in the hotel at the moment. The ambulance and police arrived quickly after the fall and the child was taken to the hospital.

She says somehow, the safety lock on the window disengaged, causing the child to fall from the window.

“The Afghan families like to open the windows,” Buchanan said. “And there are special locks on the windows where they don’t open farther than four inches for safety reasons.”

Carly Rae Akard of Catholic Charities, who serves as the spokesperson for the family, says there were

many factors that helped the child's fall.

“Right outside the window there was a small or medium sized tree, a landscaping bush, and quite a bit of snow,” said Carly Rae Akard, communications director at Catholic Charities.”

The police report says the child fell from the fourth story and was "bleeding from his head" and that 'the child had a laceration to his left cheek and scratches all over the front of his body.”

The police report also said the boy had no broken bones and no head injuries.

Akard says the family is absolutely delighted and grateful that there was a quick response, and since then the hotel has secured all the windows at the facility.

Buchanan says the child is doing well and will continue to go to the doctor for follow up appointments.