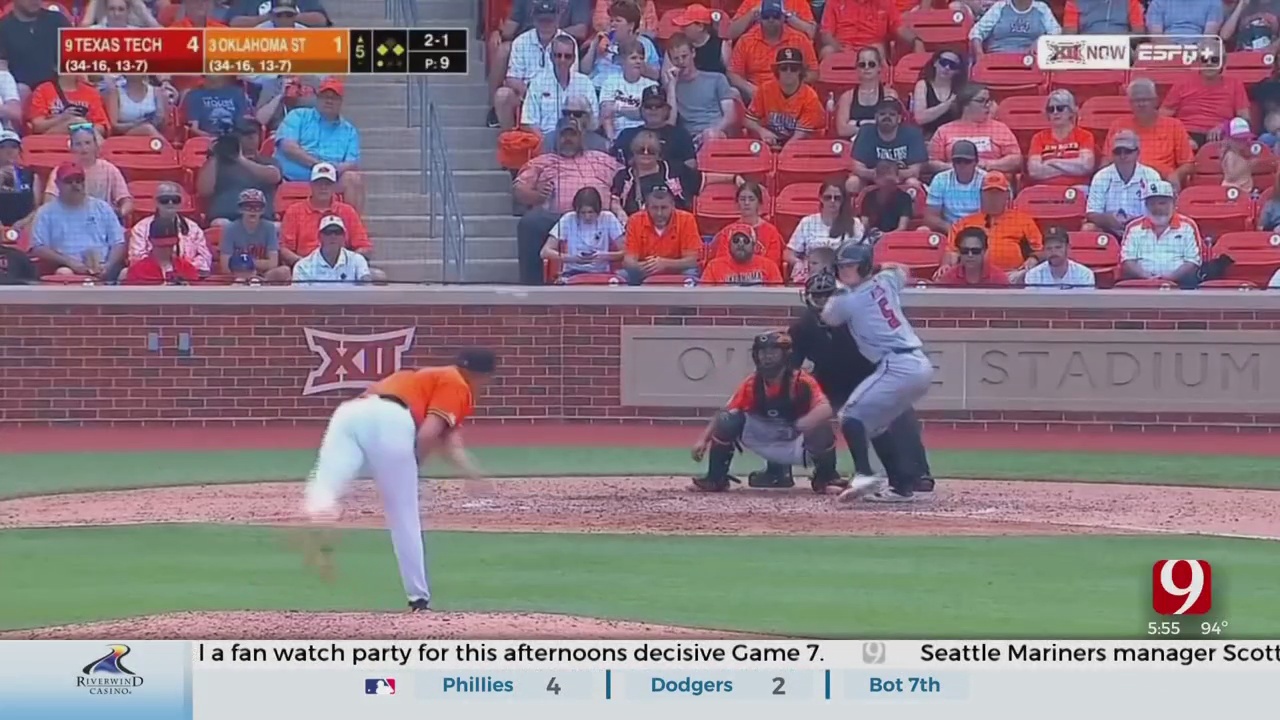 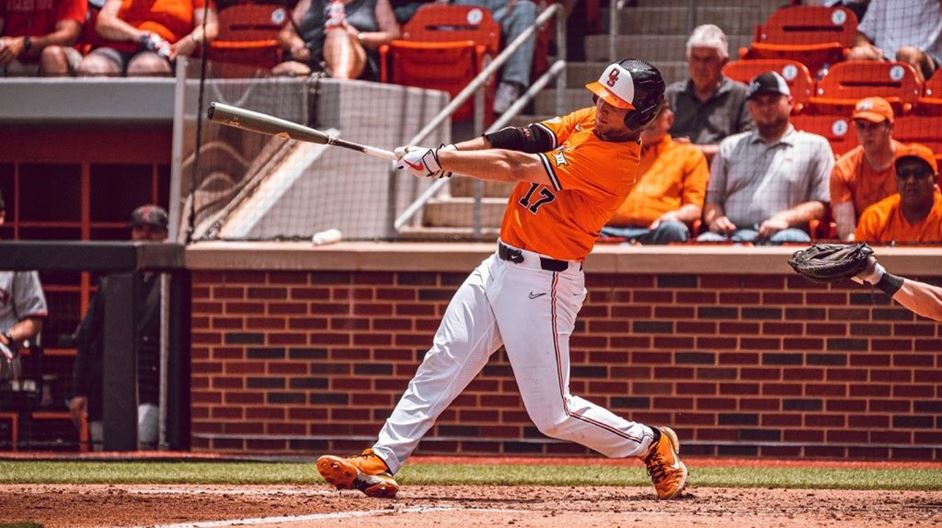 Four Pokes had two hits apiece on the day, with Jake Thompson's 2-for-4, two-RBI performance leading the way. Nolan McLean and Zach Ehrhard also had a pair of hits and each drove in a run.

OSU starter Trevor Martin took the loss to fall to 3-3 as he lasted 2 1/3 innings, allowing two runs on four hits and striking out three.

The Red Raiders took an early lead with a first-inning solo home run as, with two outs, Jace Jung hit his 13th homer of the year into his team's bullpen in right field.

TTU doubled its lead in the second. After the first batter of the inning grounded out, back-to-back doubles led to a run and put OSU down 2-0.

The Cowboys managed their first run of the game in the third. Adkison singled to lead off the inning, and two batters later, Ehrhard added a single of his own, moving Adkison to third. Jake Thompson then doubled to left field, driving in a run and cutting the deficit in half.

The visitors opened up their lead with three runs in the fifth. Back-to-back singles with one out followed by a hit-by-pitch loaded the bases, and base hits from the next two batters led to three runs and extended their lead to 5-1.

The Red Raiders continued to add to their lead in the sixth as three-straight singles to begin the inning led to a run, making it a five-run ballgame.

OSU scored its second run in the seventh. Thompson doubled with one out, and Griffin Doersching drew a walk. Brett Brown then reached on an infield single to load the bases before McLean bounced into a fielder's choice, bringing home a run.

The Cowboys continued to make a push in the eighth. A John Bay double and Adkison single to lead off the inning was followed by a Roc Riggio walk to load the bases with no outs. Ehrhard then singled to right and Thompson grounded into a fielder's choice to score a couple of runs and make it 6-4.

In the ninth, OSU got a leadoff single from McLean and eventually loaded the bases with two outs before a strikeout ended the game.

Jar Of Sand From Brady's Retirement Up For Auction