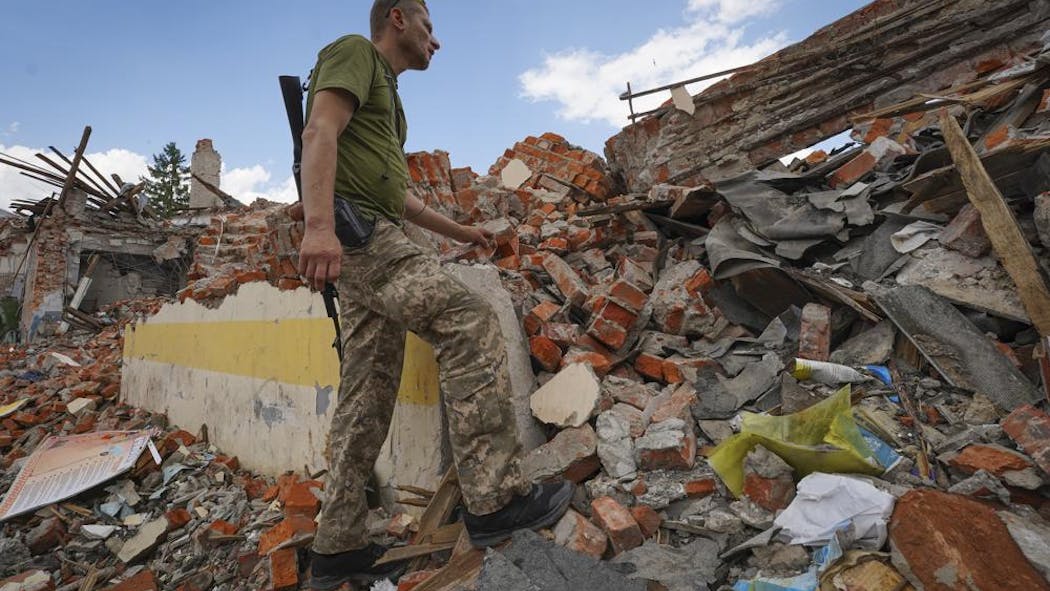 The Ukrainian presidential office said Russian forces targeted cities and villages in the country’s southeast, with most civilian casualties occurring in Donetsk province, where Russia ste pped up its offensive in recent days.

Gov. Pavlo Kyrylenko said in a Telegram post that two people died in the city of Avdiivka, which is located in the center of the province, and the Donetsk cities of Sloviansk, Krasnohorivka and Kurakhove each reported one civilian killed.

“Every crime will be punished,” he wrote.

Kyrylenko urged the province’s more than 350,000 remaining residents to flee late Tuesday, saying that evacuating Donetsk was necessary to save lives and allow the Ukrainian army to put up a better defense against the Russian advance.

Donetsk is part of the Donbas, a mostly Russian-speaking industrial area where Ukraine’s most experienced soldiers are concentrated. Russian President Vladimir Putin on Monday declared the complete seizure of the region’s other province, Luhansk, after Ukrainian troops withdrew from the last city under their country.

Luhansk Gov. Serhiy Haidai denied Wednesday that the Russians had completely captured the province. Heavy fighting continued in villages around Lysychansk, the city Ukrainians soldiers withdrew from and which Russian troops took on Sunday, he said.

“The Russians have paid a high price, but the Luhansk region is not fully captured by the Russian army,” Haidai said. “Some settlements have been overrun by each side several times already.”

He accused Russian forces of scorched earth tactics, “burning down and destroying everything on their way.”

Up to 15,000 residents remain in Lysychansk and some 8,000 in the nearby city of Sievierodonetsk, which Russian and separatist fighters seized last month, Haidai said.

Pro-Russian separatists have fought Ukrainian forces and controlled much of the Donbas for eight years. Before Russia invaded Ukraine on Feb. 24, Putin recognized the independence of the two self-proclaimed separatist republics in the region.

Separatist authorities in Donetsk said Wednesday that four civilians were killed and another 14 wounded in Ukrainian shelling over the past 24 hours. News reports said shelling hit an ammunition depot on Tuesday, triggering massive explosions.

Since Russian forces failed to make inroads in capturing Kyiv, Ukraine’s capital, Moscow has concentrated its offensive on seizing the remaining Ukrainian-held areas of the Donbas.

Three districts of the city were targeted, Gov. Oleh Syniehubov said. Three people, including a toddler, sustained injuries, according to the governor.

A missile struck a building where military registration takes place. A government building next door remained intact, and people just steps away glanced at the wreckage in passing.

Closer to the front line and in a more abandoned district of the city, first responders crunched through the debris of another overnight attack at the national teaching university in Kharkiv. Pages of dusty textbooks flapped in the breeze.

The attacks indicated the city, which is located close to the Russian border, is unlikely to get a reprieve as the war grinds on into its fifth month.

— European Commission President Ursula von der Leyen said the 27-nation European Union needs to make emergency plans to prepare for a complete cut-off of Russian gas in the wake of the Kremlin’s war in Ukraine. The EU has already imposed sanctions on Russia, including on some energy supplies, and is trying to find other sources. But von der Leyen said the bloc needed to be ready for shock disruptions coming from Moscow.

— European Union lawmakers voted to support a plan by the bloc’s executive commission to include natural gas and nuclear power in its list of sustainable activities. Environmentalists accused the EU of “greenwashing.” One argument for rejecting the proposal was that it could boost gas sales that benefit Russia. The European Commission said it had a letter from the Ukrainian government backing its stance.

— A court in Russia ordered a pipeline bringing oil from Kazakhstan to Europe halted for 30 days for what it said were environmental violations, Russian media reported. The ruling by a court in Russia’s southern city of Novorossiysk cited the results of a recent inspection of the Caspian Pipeline Consortium. Kazakh leader Kassym-Jomart Tokayev told EU Council President Charles Michel on Tuesday that Kazakhstan “is ready to use its hydrocarbon potential in order to stabilize the situation on the world and European markets.” 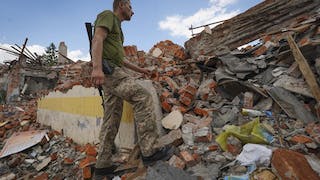 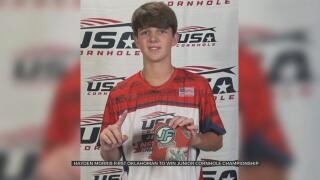 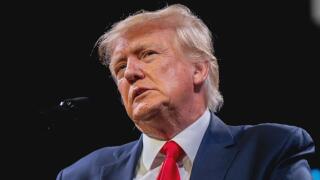 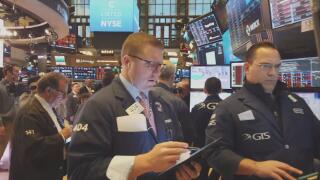 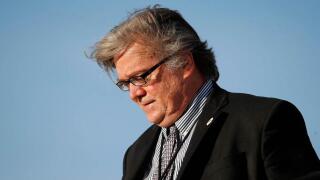 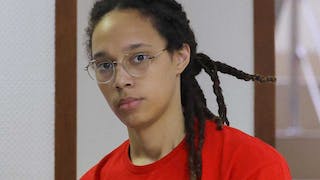 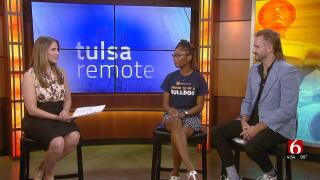 News On 6 A member of the Tulsa Remote Program is looking to inspire other entrepreneurs in the community. He's partnered with a local Charter School to provide high school grads with an alternative option to college--- by offering them a skill training course. 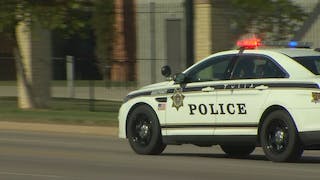 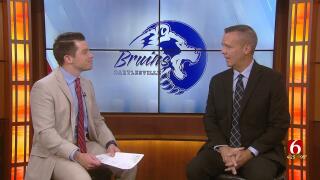 News On 6 Parents and Students across Oklahoma are getting ready to head back to the classroom. Several districts have already started school and others will return later this month. We want to make sure you're ready for the fall semester so we're inviting district leaders to go over their back-to-school plans. Bartlesville Public Schools superintendent Chuck McCauley joined News On 6 at 4 to go over his district's plans. 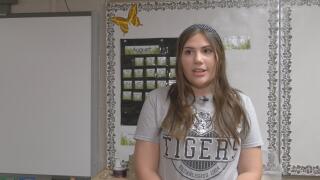 Brooke Griffin Fewer and fewer people are choosing education for their careers but a Lynn Wood Elementary School teacher is getting ready for her first year in the classroom. She along with her principal say education is their passion. 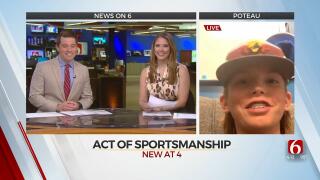 News On 6 An Oklahoma little league player went to comfort the pitcher who hit him in the head during a world series regional game on Tuesday. Isaiah joined News On 6 at 4 to talk about all of the reactions to what happened and what he hopes people take away from it. 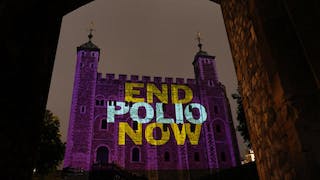 CBS News British health authorities say they will offer a polio booster vaccine to children aged 1 to 9 in London, after finding evidence the virus has been spreading in multiple regions of the capital, despite not confirming any cases of the paralytic disease in people.
View More Stories