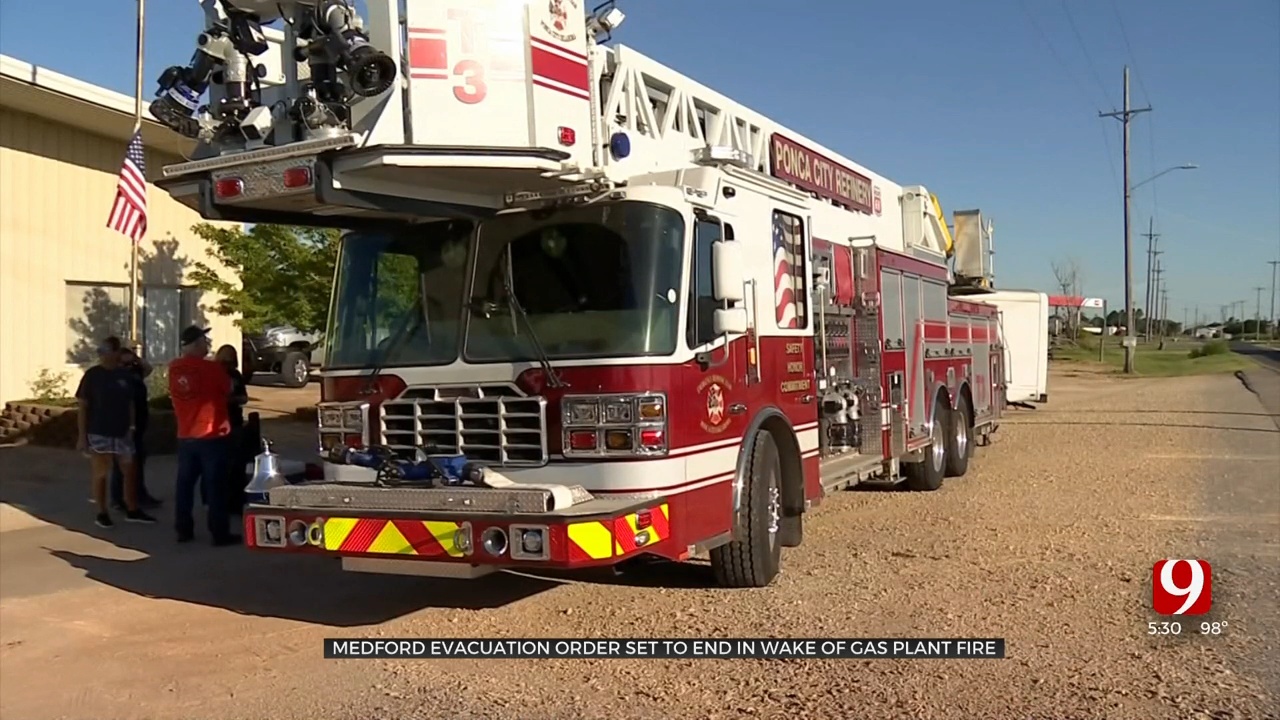 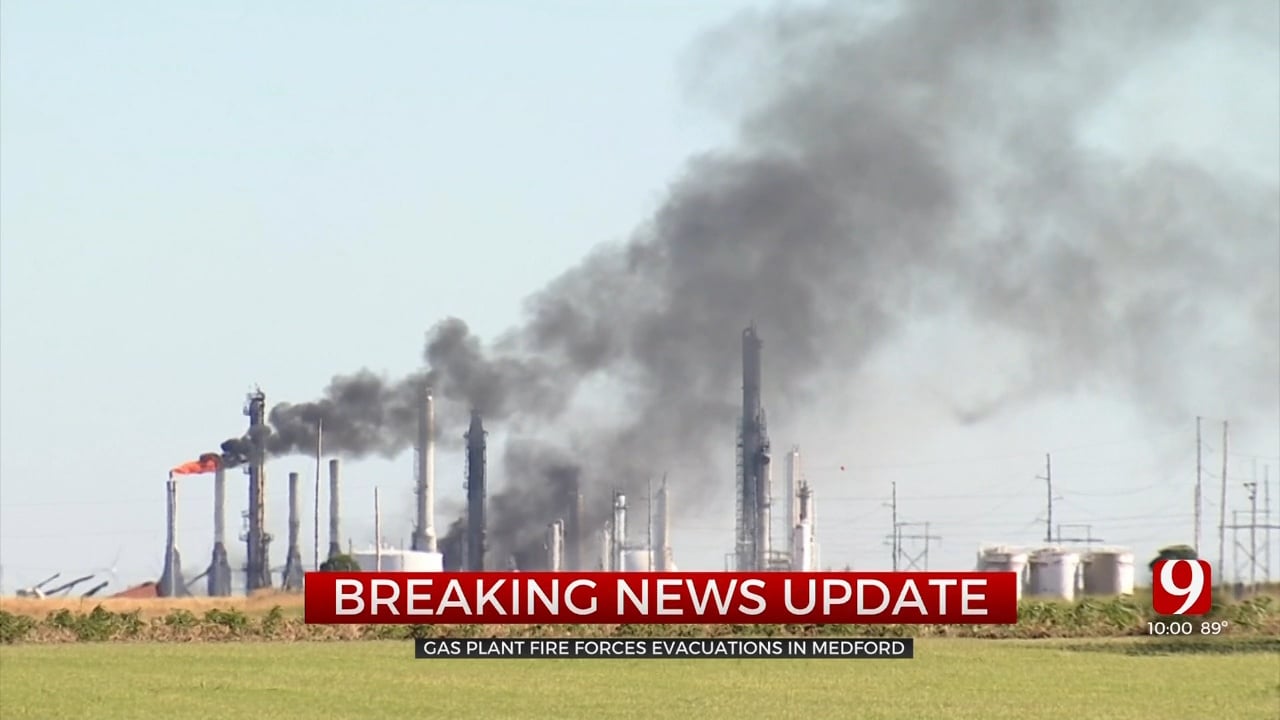 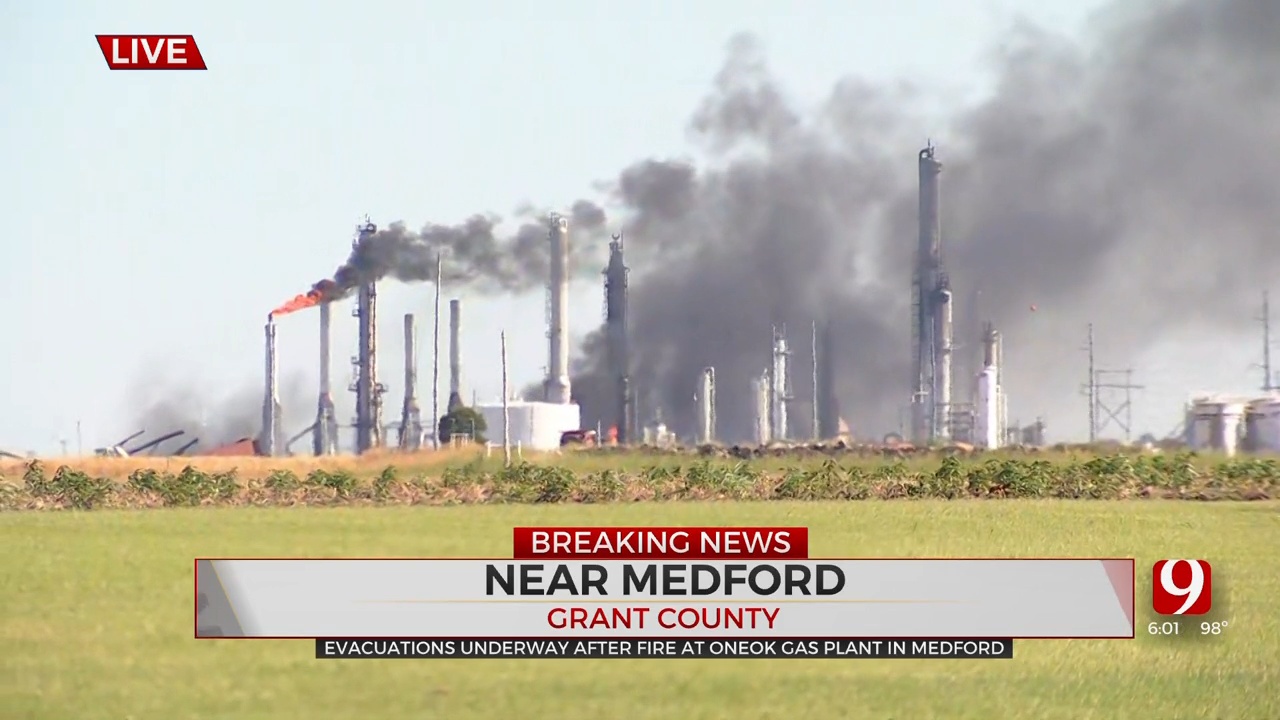 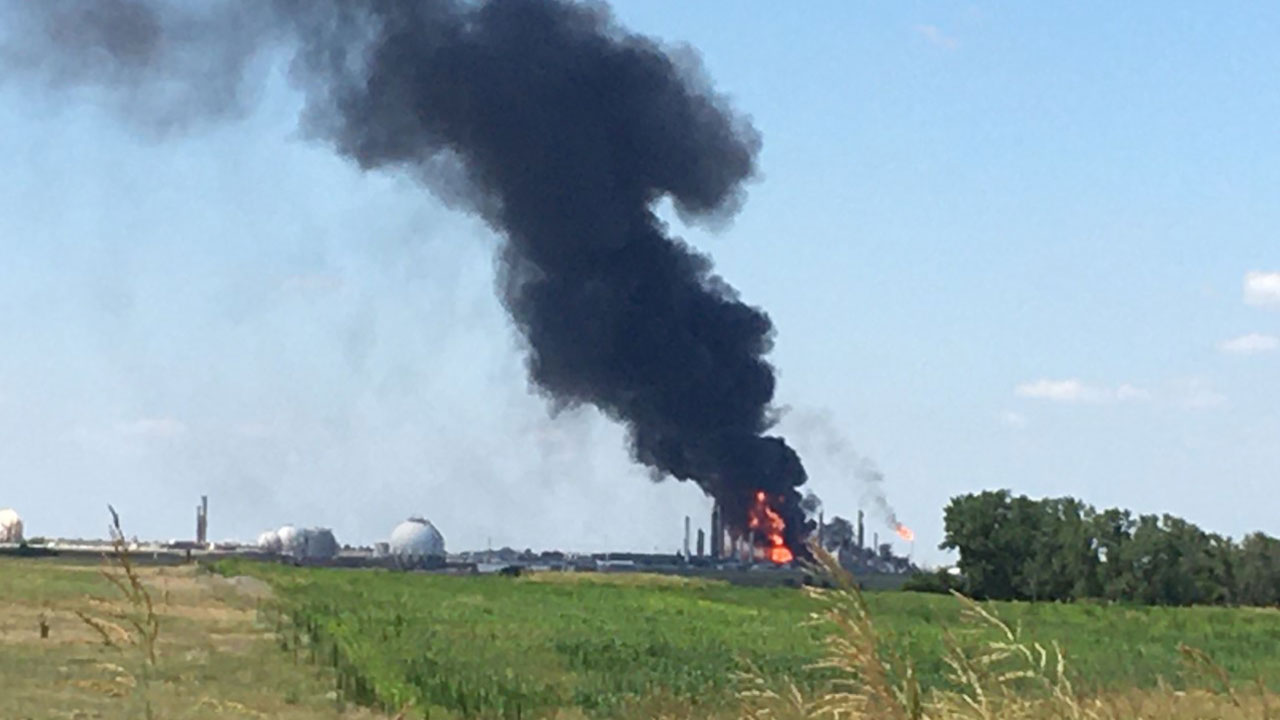 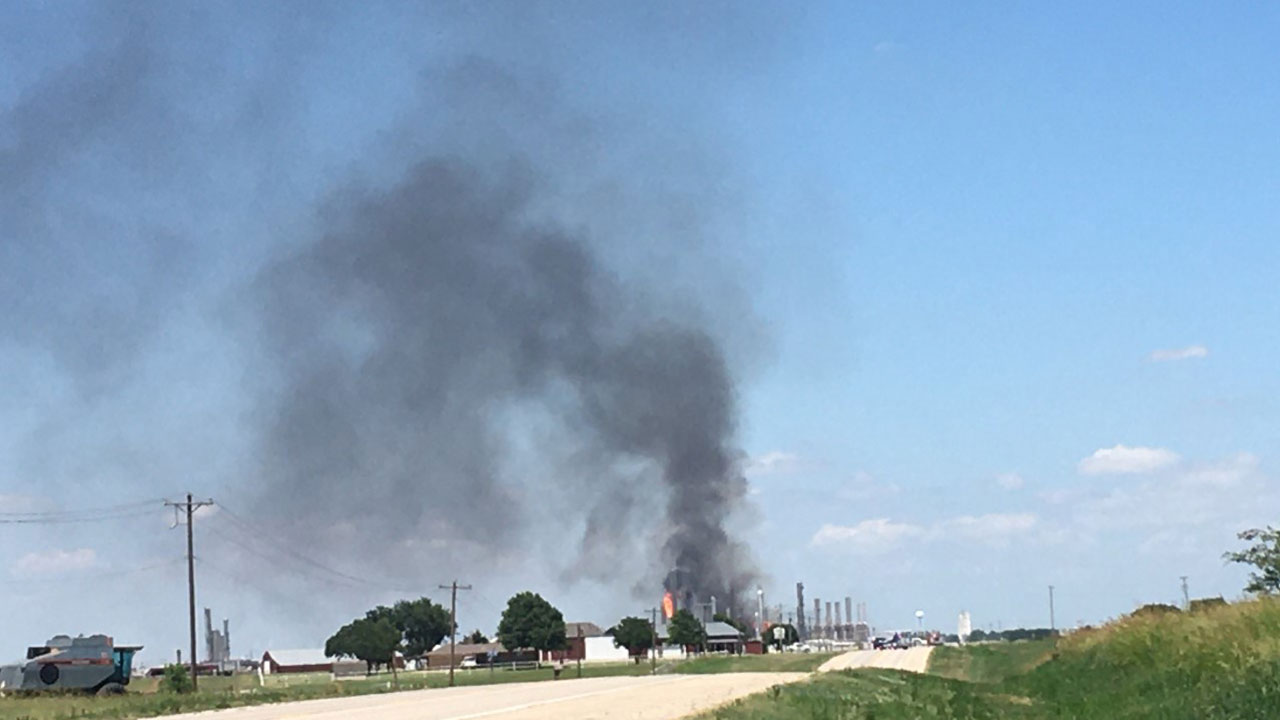 UPDATE (6:50 a.m. July 11): An evacuation order for an area of Grant County is still in effect following Saturday's explosion and fire at a ONEOK gas plant.

The order remains within a one-mile radius of the plant and does not affect the town of Medford.

It's still unclear what sparked it, but ONEOK told News 9 it is focusing on damage assessment.

The company said it a statement no one was hurt.

The Grant County Sheriff's Office said ONEOK has extended hotel accommodation for a second night for anyone who was displace.

The evacuation order for Medford has been extended following the ONEOK gas plant fire that happened Saturday afternoon, according to the Grant County Sheriff's Office (GCSO).

The town's government has extended the evacuation until 6:00 p.m. Sunday, according to GSCO.

ONEOK representatives announced that hotel reservations have been extended for tonight, for anyone displaced from their residence.

Authorities responded to the ONEOK plant in Grant County after reports of an explosion.

ONEOK confirmed they were aware of the incident in a statement and said all personnel is accounted for and no injuries have been reported.

The GCSO asked all residents within a two-mile radius of the plant to evacuate to the Medford public school building in a Facebook post.

The Oklahoma Highway Patrol closed several roads nearby as crews battle the fire. US-81 is closed at the Greer intersection about five miles south of Pond Creek and also at the intersection of Haskell.

U.S. Highway 81 is closed through Medford.

Residents that need a safe place to stay can also go to the Jefferson United Methodist Church, the Wakita Fire Department, Hawley Baptist Church or the Blackwell hotel.

Photos and video provided by Michael and Brittany Stone.