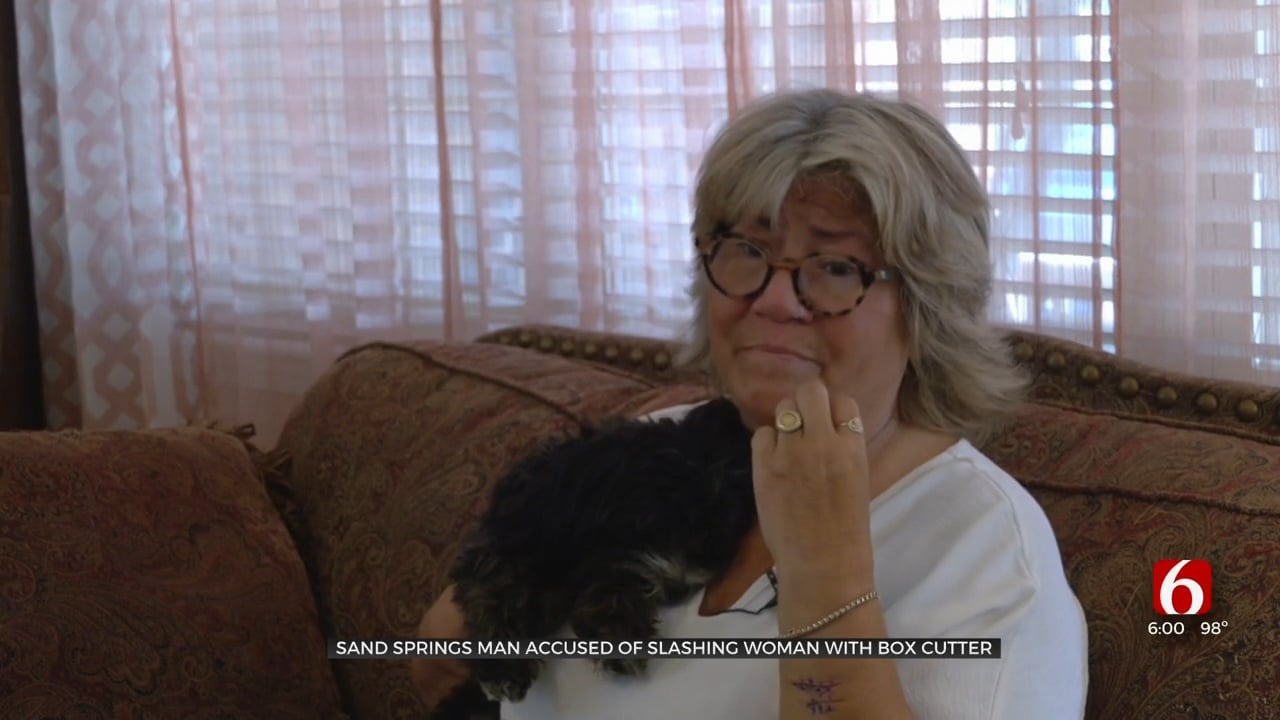 A Sand Springs woman said it's a miracle she's alive, after a man attacked her with a box knife.

She said the man attacked her dog too. She was just recently reunited with the dog.

She said last Wednesday, Jacob was asked several times to take out the trash, but he kept playing on the computer.

Stacy said she ended up unplugging the Internet so he would take out the trash.

"When he was plugging it back in, he just looked over real slowly looked at me and said, 'You shouldn't have done that,'" she said.

She said Pryor walked to the kitchen, and grabbed a box knife.

Stacy grabbed an umbrella to defend herself, but said Pryor started slashing her and wrestling with her.

She ended up being able to run out of the house and get help, but had to leave her puppy, Odie, behind.

She said Pryor told investigators he had stabbed and choked Odie, and the puppy ran away.

For four days, the puppy was lost in the woods. But on Sunday, Odie was found.

"You know secretly in my heart, I thought I would never see him again," she said.

She said through this entire situation, Odie has been her saving grace. She said she's grateful he's okay, so now she can focus on getting justice.

"He's going to kill somebody some day, and he almost killed me," she said.

Pryor is in the Tulsa County Jail on a $100,000 bond and has been charged with assault with a deadly weapon. He pleaded not guilty at his initial court appearance.