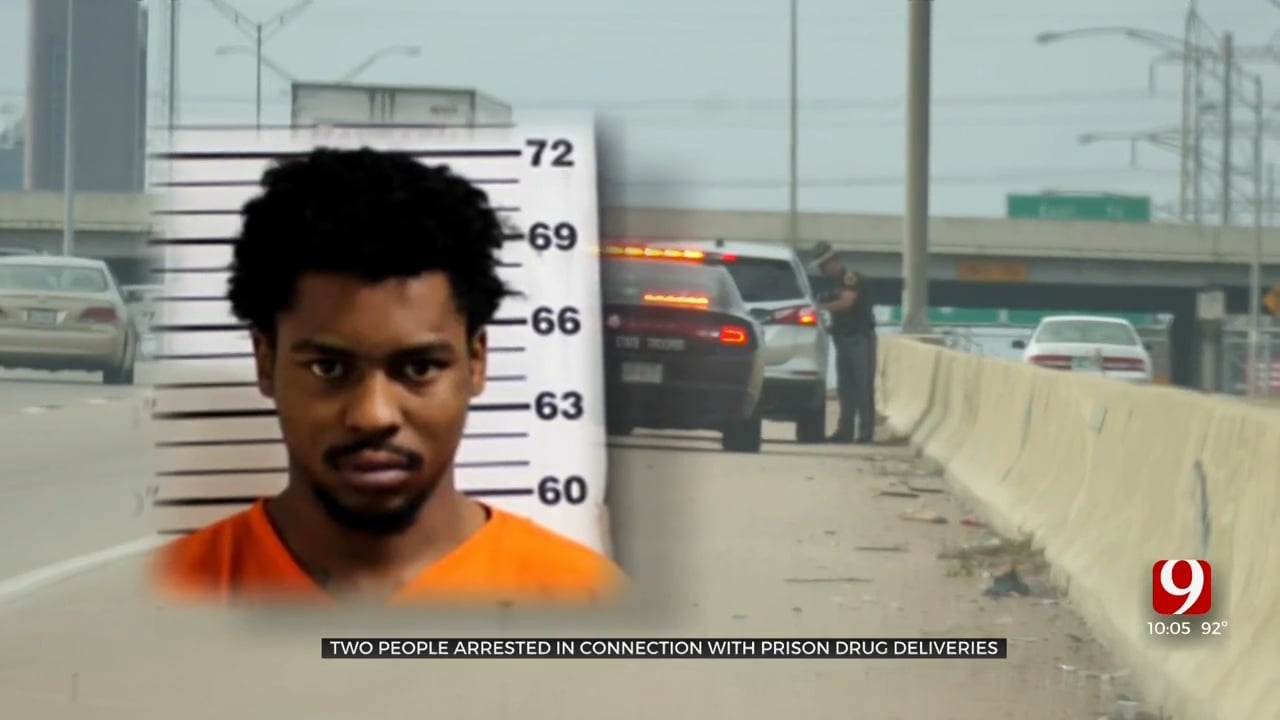 Two people, including a minor, are arrested and accused of carrying out a prison drug smuggling operation.

Court filings show a high dollar drone was used to deliver the contraband.

The two were arrested after they were pulled over and a trooper says they saw the massive drone in their vehicle and bags of drugs.

According to court filings, an unnamed juvenile was driving along I-40 in Canadian County when he and his passenger, Devion Knight, were stopped by OHP.

The trooper reported immediately finding an industrial size drone in the car. The same model shown online sells for just over $3,000.

Both the juvenile and Knight were arrested.

And while the juvenile's mother would not let him speak with investigators, records show Knight did.

According to court documents, he said the two used the drone to make a drop at the Lawton Correctional and Rehabilitation Facility after the juvenile communicated with an inmate via cellphone throughout the day.

But Knight told investigators, "After they missed the correct time slot for the drop," an inmate contacted the juvenile and "was angry."

In the court filing, Knight said the two were ordered to go to a place they described "as having mountains with big rocks." Investigators believe the two were in Granite, Oklahoma, home to another state prison.

Investigators are working to pull the drone's data in hopes it will reveal more information.