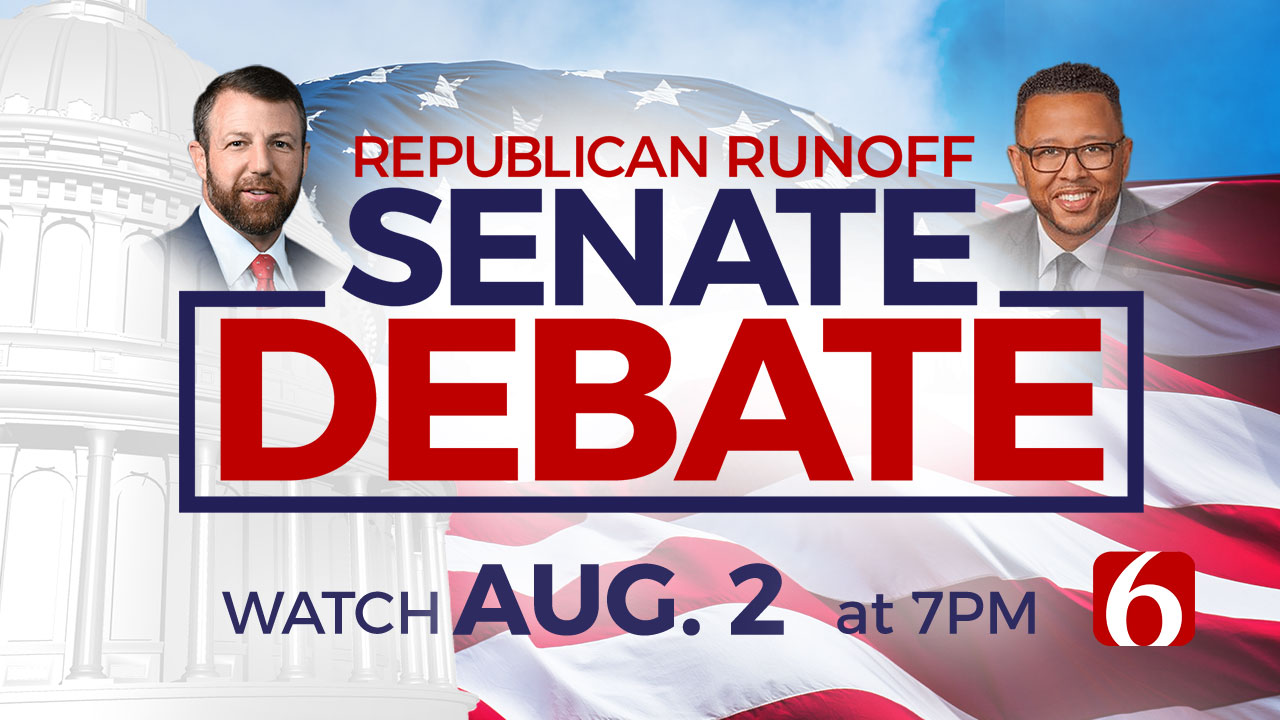 TULSA, Okla. – Oklahoma's Own News On 6 will be hosting a live, commercial-free debate on August 2 at 7 p.m. with U.S. Rep. Markwayne Mullin and former state Speaker of the House T.W. Shannon before they go head-to-head in the Republican runoff election.

“Having Markwayne Mullin and T.W. Shannon debate issues that impact our viewers is critical to our democracy,” said Nathan Elliott, News 9 Director of Content. “We're grateful the candidates will answer questions so Oklahomans can make an informed decision at the ballot box.”

The debate will be moderated by News On 6 anchor Lori Fullbright and News 9 anchor Karl Torp. They’ll be joined by Washington Bureau Chief Alex Cameron and our Social Media Desk Moderator.

The U.S. Senate Republican Runoff Debate will air live and commercial free on Tuesday, August 2 from 7-8 p.m. on News On 6, NewsOn6.com and through our free streaming app on Apple TV, Roku, and Amazon Fire TV.

Breakdown Of Cowboy Football Versus Wisconsin