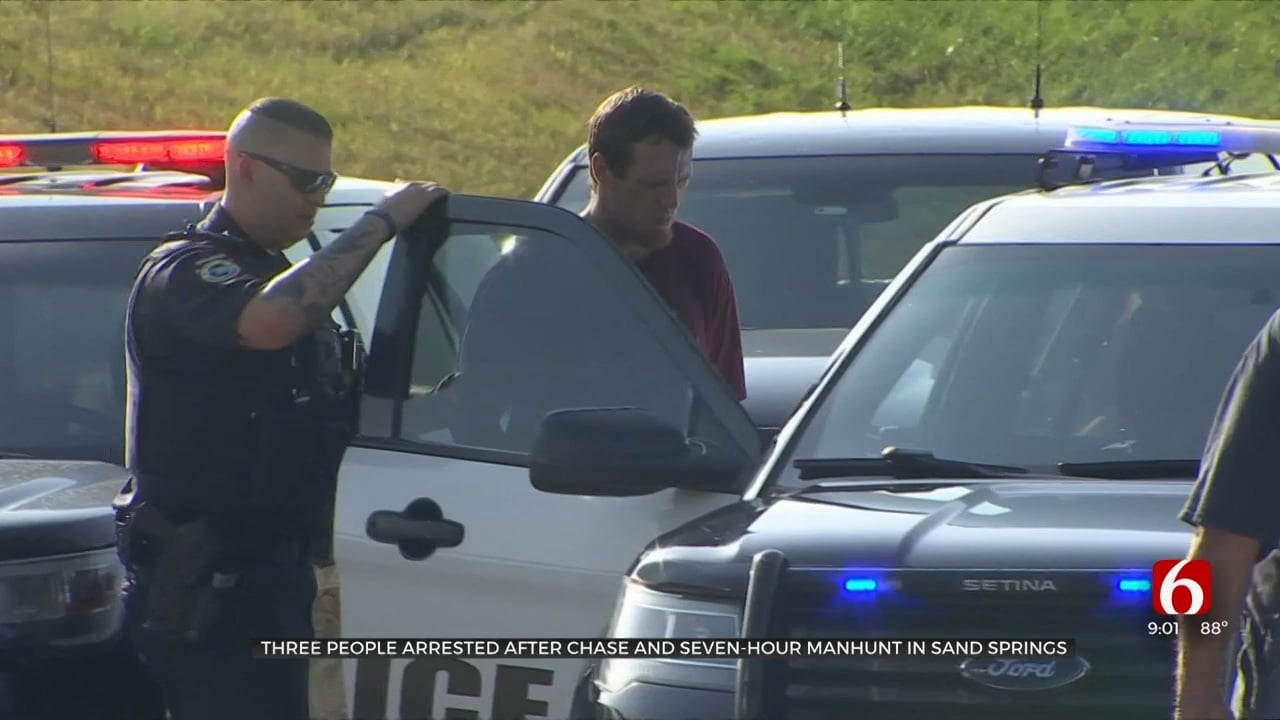 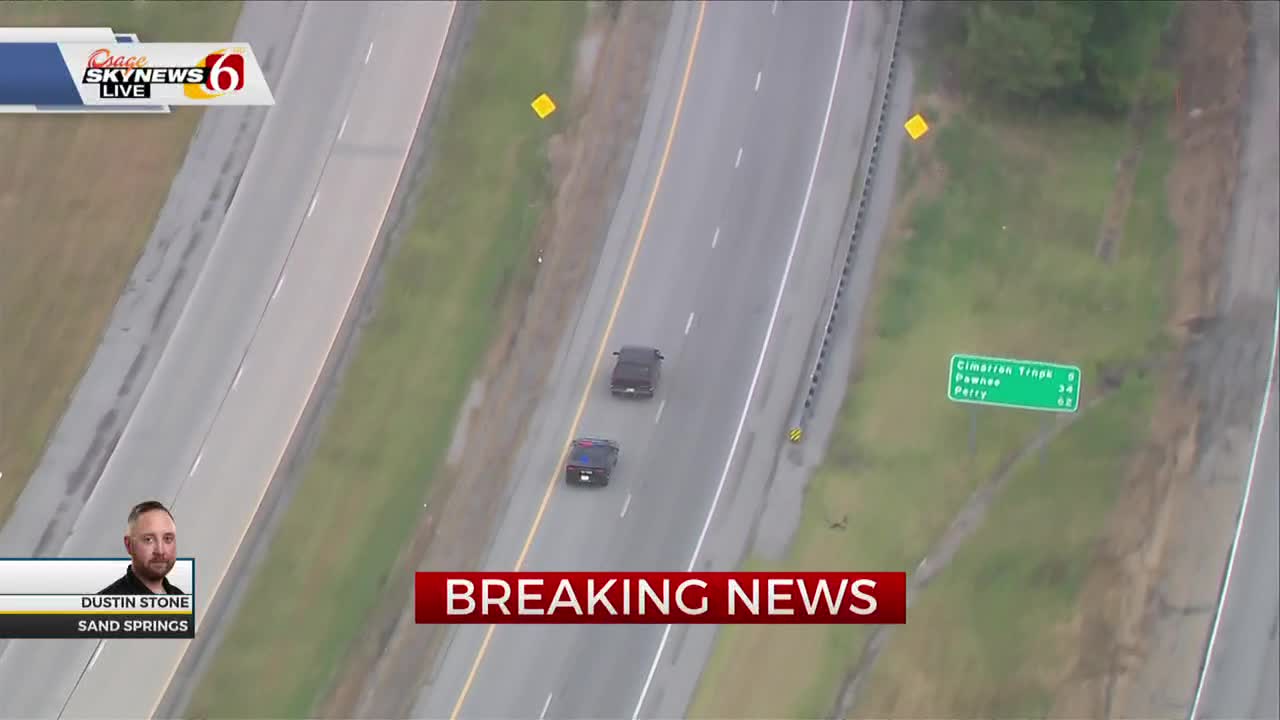 Three people are in custody after a high-speed pursuit that ended with officers searching for the suspects for seven hours.

Police said after hitting police cars and nearly hitting innocent drivers, the suspects ditched the stolen SUV then hid in a wooded area near Keystone Lake.

News On 6's Jordan Tidwell and Amy Slanchik called 911 after spotting the suspects, which led to the arrest. They were leaving the scene where the SUV had been ditched when they saw three people who matched the description.

The three suspects were accused of stealing from a Tractor Supply business in Sands Springs before starting a pursuit with police.

The driver then went the wrong way on Highway 412, barely missing a semi truck head-on.

After the suspects ditched the car, police recovered it out of Dan Goumaz' backyard, not far from the bank of Keystone Lake.

“I get a text from my wife that’s says you know police are outside the house, I laugh and text back LOL and she says no really,” Dan Goumaz, witness.

Goumaz said he was surprised to see the police in his yard, but thought the suspects knew the area.

“The tire tracks here are from the Tahoe. They knew what they were doing and where they were going, they probably figured the cops wouldn’t see them back there,” Goumaz said.

Goumaz said he didn’t expect this to happen outside of his house, and he’s thankful the car is gone and the three are in custody.

The suspects' names have not been released at this time.