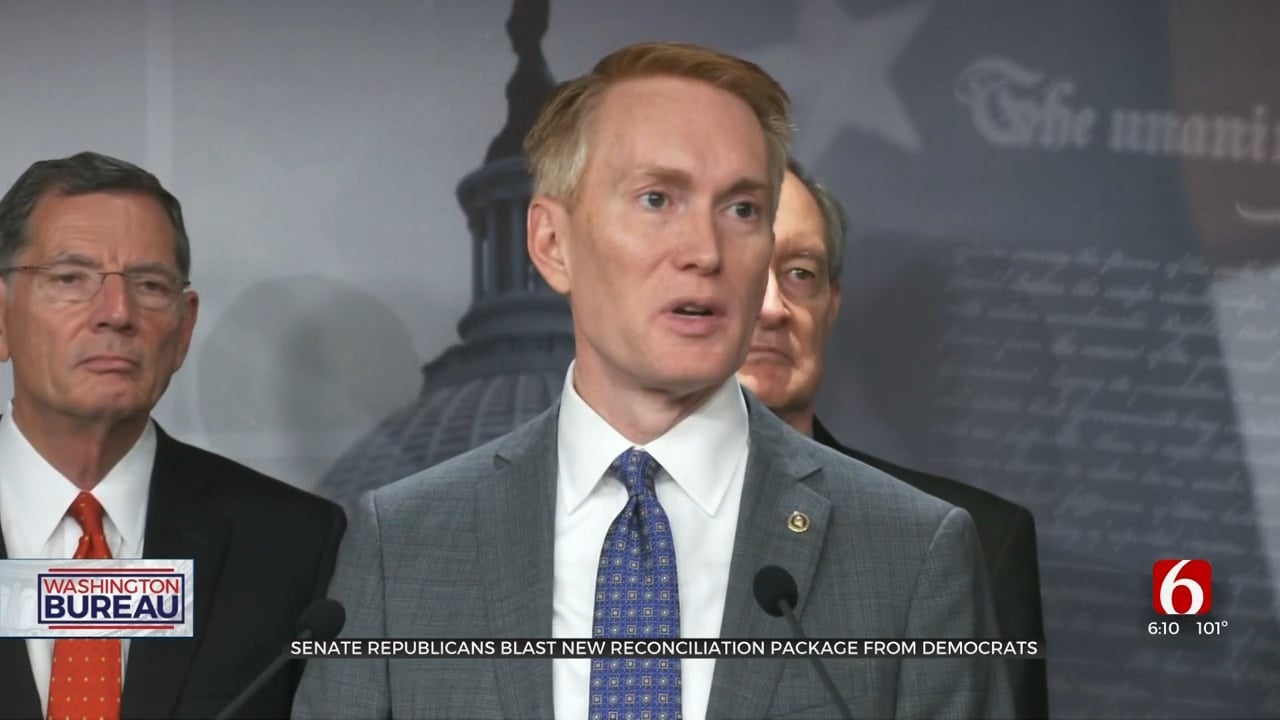 Republicans in Congress are blasting President Biden and Democrats for suggesting their latest version of Build Back Better will lower inflation and reduce the deficit when nonpartisan studies conclude it will do just the opposite.

Sen. Lankford and other GOP members of the Senate Finance Committee held a news conference Wednesday afternoon to offer a detailed rebuttal of Democrats’ claims regarding the impact of the tax code changes included in the proposed reconciliation package.

“The administration has been very careful to say that ‘we aren’t raising the tax rates of anybody under $400,000’,” said Sen. Mike Crapo (R-ID), “but everybody in America knows that when taxes are charged, some people end up carrying the burden of those taxes.”

Crapo, Lankford, and the other critics rely, at least on part, on an analysis of the bill’s impact done by the Senate’s nonpartisan Joint Committee on Taxation (JCT).

“During the [bill’s]10-year period, the average tax burden would increase for nearly every income category,” Sen. Crapo said of JCT’s report. “That’s the reality, regardless of the games that are being played in terms of describing what the taxes are on.”

The bill proposes raising $327 billion over ten years through a pair of changes to the tax code: $14 billion from closing the so-called ‘carried interest’ loophole, and $313 billion by implementing a new 15% minimum corporate tax.

While the Biden administration has described these changes, along with the bill's allocation of $80 billion for the hiring of thousands on new IRS auditors, as intended to make the nation's wealthiest businesses and individuals 'pay their fair share', the JCT report says the 15% CMT will be felt most noticeably by U.S. manufacturers.

Republicans say the Democrats couldn't pick a worse time to put forth such legislation, with the country already struggling with the highest inflation in forty years.

"Thirty percent of this is going to flow right down to consumers," said Sen. Robert Portman (R-OH), borrowing more information from the JCT analysis.

There are analyses and economists who disagree, and indeed the White House Press Secretary Karine Jean-Pierre fired back Wednesday afternoon, calling out what it says are "Republican lies meant to protect tax welfare for wealthy, special interest at any cost, even prolonged inflation."

The GOP Senators say they just want people to know the truth. "The bottom line here is that this tax is dangerous for America," Sen. Crapo concluded.

As much as anyone, the Republicans are hoping that message gets through to moderate Arizona Democratic Senator Kirsten Sinema, who remains as yet uncommitted on the bill, and thus the GOP's best hope for keeping the bill from moving forward.