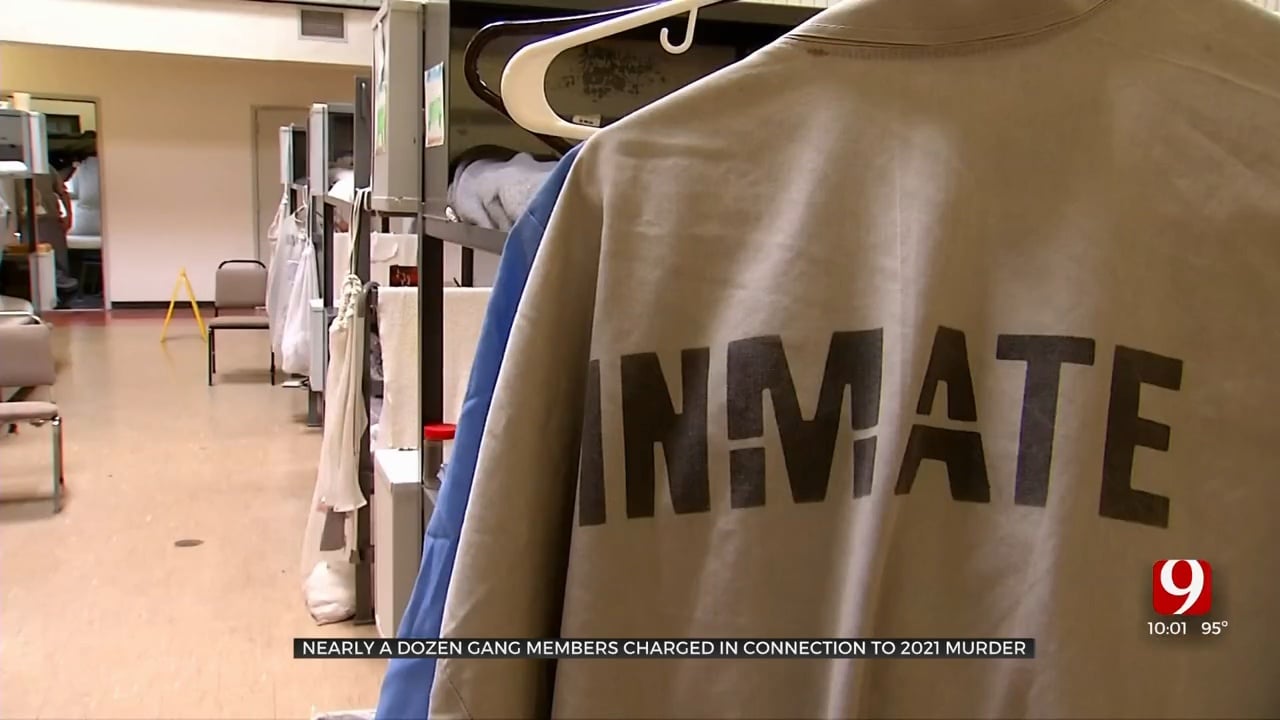 Nearly a dozen members of a white supremacist gang are charged in connection to a 2021 metro homicide.

While two people were arrested in earlier this year, records now show multiple members of the Universal Aryan Brotherhood were involved.

Eleven people are now charged in connection to the kidnapping and murder of Konner Huckeby. Records show he was a rival Blood gang member, and the gangs were at war.

News 9 spoke with a criminologist who weighed in.

“The gang becomes everything, it's why we see people doing things that seem so irrational sometimes, but within the context of a gang it seems perfectly normal,” said Southwestern Oklahoma State University professor Dr. Howard Kurtz.

According to court documents on November 26, 2021, Konner Huckeby agreed to sell Danielle Valez fentanyl at this metro hotel.

But records show, the drug transaction was only a rouse to draw Huckeby out of his hotel room and into one of two vehicles. According to an affidavit, once inside the victim was beaten by multiple members of the Universal Aryan Brotherhood.

The court filing says at some point Huckeby was "forced to humiliate himself and denounce the Blood gang."

It goes on to say he was then allegedly beaten further, stabbed, and shot multiple times.

“Obviously, it was a particularly brutal crime. I think you see from the number of arrests that were made that the community isn't going to take it lightly,” said Kurtz.

According to filings, high ranking UAB members Kyle Morris and Rusty Williams, both incarcerated in two Oklahoma prisons, ordered the killing from behind bars.

A third prisoner, from behind McAlester prison walls, Justin Stacy, contacted his sister, Danielle Valez to help get the hit in motion.

“The influence of the leaders does not stop at the prison wall, it goes beyond,” said Kurtz.

Huckeby's body was found along a rural road.

After disposing of the body, investigators said the wife of one of the top imprisoned UAB gang members paid the accused for carrying out the murder.