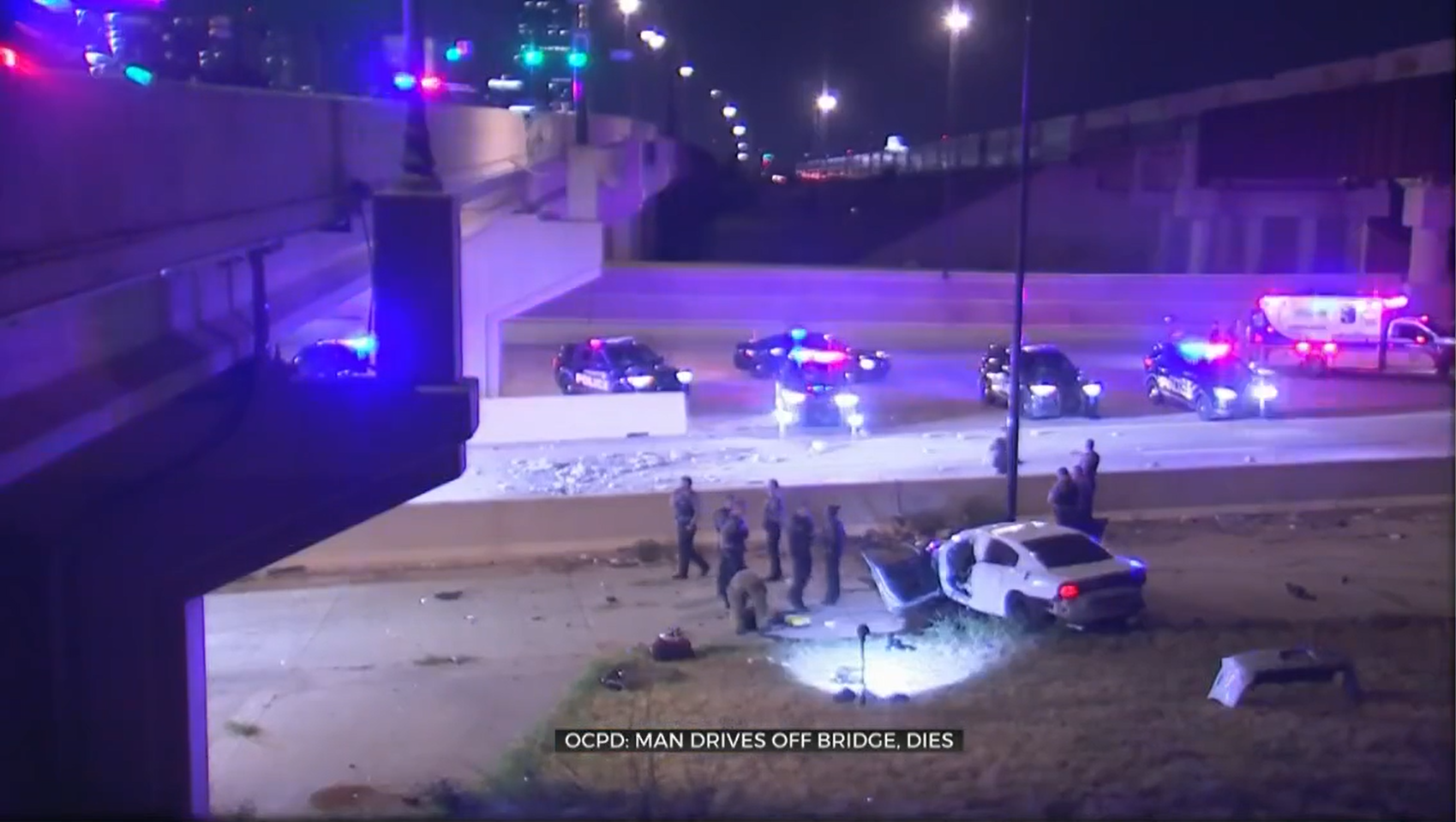 The Oklahoma City Police Department responded to a deadly accident early Monday morning at I-40 and South Shields Blvd.

Originally called in from a report of an ongoing street-race, OCPD then responded to a driver who had attempted to quickly leave the area, but had driven off the bridge at Shields and down next to the highway.

The driver was transported to the hospital, where he later died.