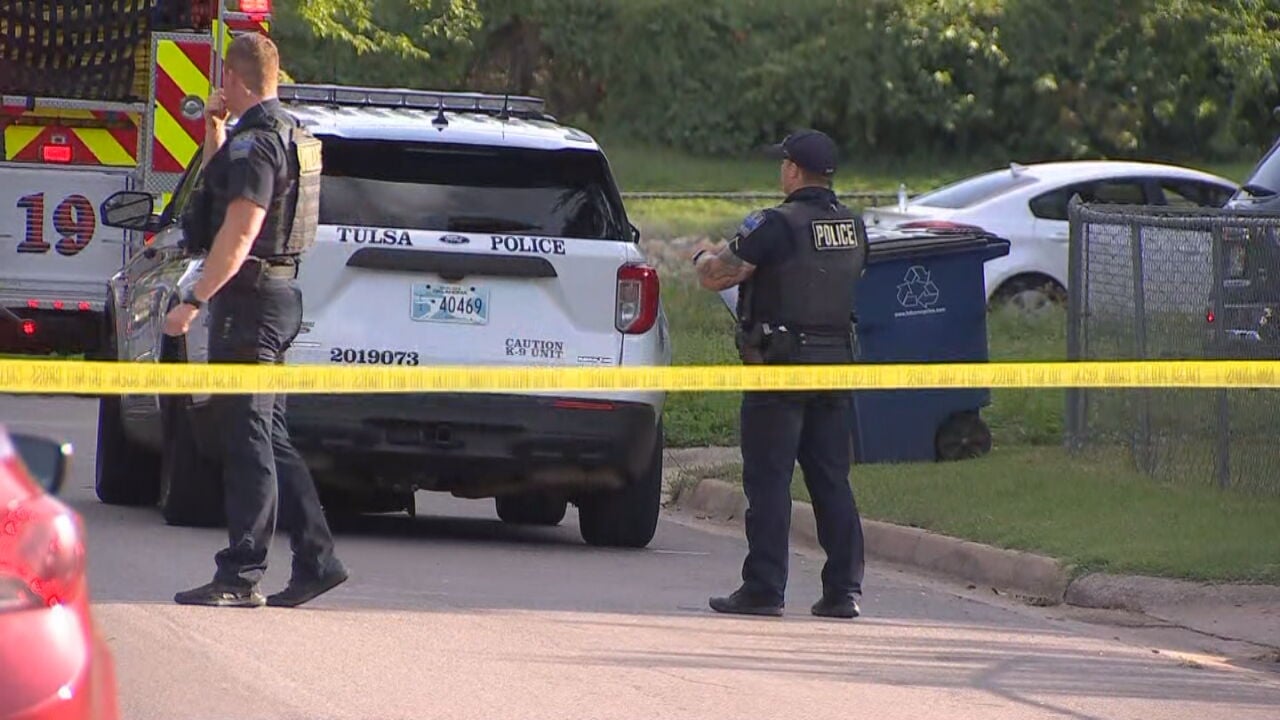 Authorities are investigating a homicide after one man died due to injuries from a shooting at North Frankfort Avenue in Tulsa Tuesday night, according to TPD.

A little before 6 p.m., officers said they responded to the shooting. Two people who were shot and one person with a head injury was transported to a hospital, TPD said.

"His leg was pouring blood. We kept trying to put things on it to, I guess, stop the blood. It wasn't really working because I think it hit an artery, so it was just pouring completely through. My mom, was actually holding his hand to give him comfort, so that if he did pass in that time, someone was there," said one witness.

The third whose head injury source is unknown is still hospitalized, according to TPD.

Homicide detectives said they are interviewing witnesses and they don't have suspect information at this time.

“There’s a lot of people with a lot of moving parts. We do not know who has done what and who’s involved in what. So that’s why homicide is here,” said Captain Ryan Woods.