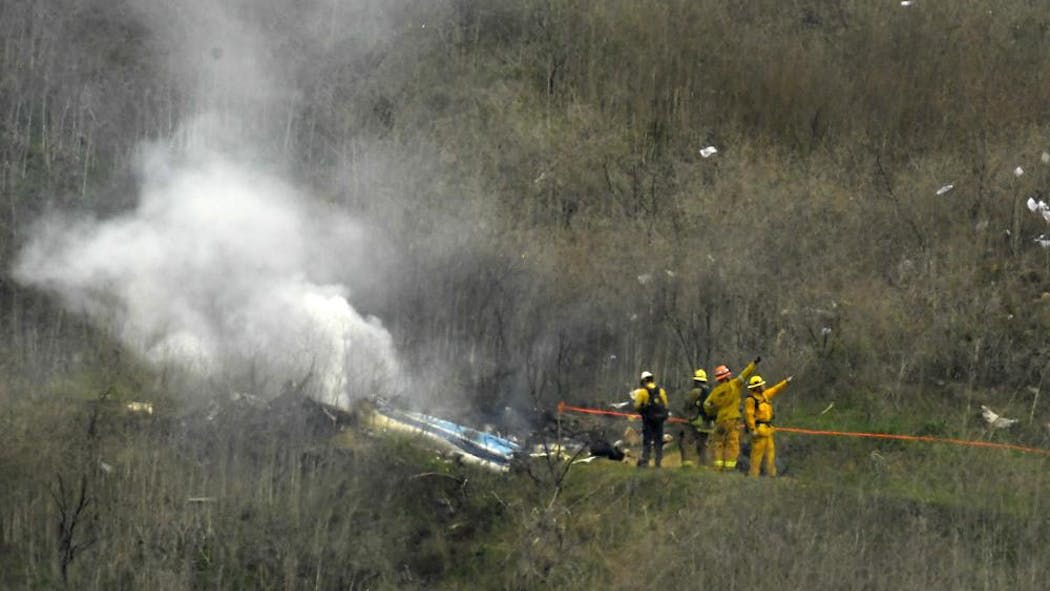 Kobe Bryant was one of the most photogenic sports figures in Los Angeles and images of him seen by millions around the world — smiling in victory, grimacing in agony — keep his memory alive.

But some photos of him should never be seen, his widow says, and she’s seeking unspecified millions in compensation for snapshots taken of the NBA star’s corpse that were circulated after he was killed in a helicopter crash with their daughter and seven others in 2020.

Vanessa Bryant’s invasion of privacy trial against the Los Angeles County sheriff’s and fire departments begins Wednesday in a U.S. District Court just over a mile from where Kobe Bryant played most of his career with the Lakers.

Vanessa Bryant claims deputies did not take the photos for investigative purposes and shared them with firefighters who responded to the crash scene. The lawsuit said a deputy showed the photos to bar patrons and a firefighter showed them off-duty colleagues.

“Mrs. Bryant feels ill at the thought that sheriff’s deputies, firefighters, and members of the public have gawked at gratuitous images of her deceased husband and child,” according to the lawsuit. “She lives in fear that she or her children will one day confront horrific images of their loved ones online.”

Kobe Bryant, his 13-year-old daughter Gianna, and other parents and players were flying to a girls basketball tournament when their chartered helicopter crashed in the Calabasas hills west of Los Angeles in fog. Federal safety officials blamed pilot error for the wreck.

The county has argued that Bryant has suffered emotional distress from the deaths, not the photos, which were ordered deleted by Sheriff Alex Villanueva. They said the photos have never been in the media, on the internet or otherwise publicly disseminated and that the lawsuit is speculative about harm she may suffer.

A law prompted by the crash makes it a crime for first responders to take unauthorized photos of deceased people at the scene of an accident or crime.

The county already agreed to pay $2.5 million to settle a similar case brought by two families whose relatives died in the Jan. 26, 2020, crash.

The litigation has at times been ugly.

When the county sought a psychiatric evaluation of Bryant to determine if she suffered emotional distress because of the photos, her lawyers criticized the “scorched-earth discovery tactics” to bully her and other family members of victims to abandon their lawsuits.

The county responded by saying they were sympathetic to Bryant’s losses and dismissed her case as a “money grab.”

Related Story: Watch: Jersey Worn By Kobe Bryant During 81 Point Game In 2006 Up For Auction