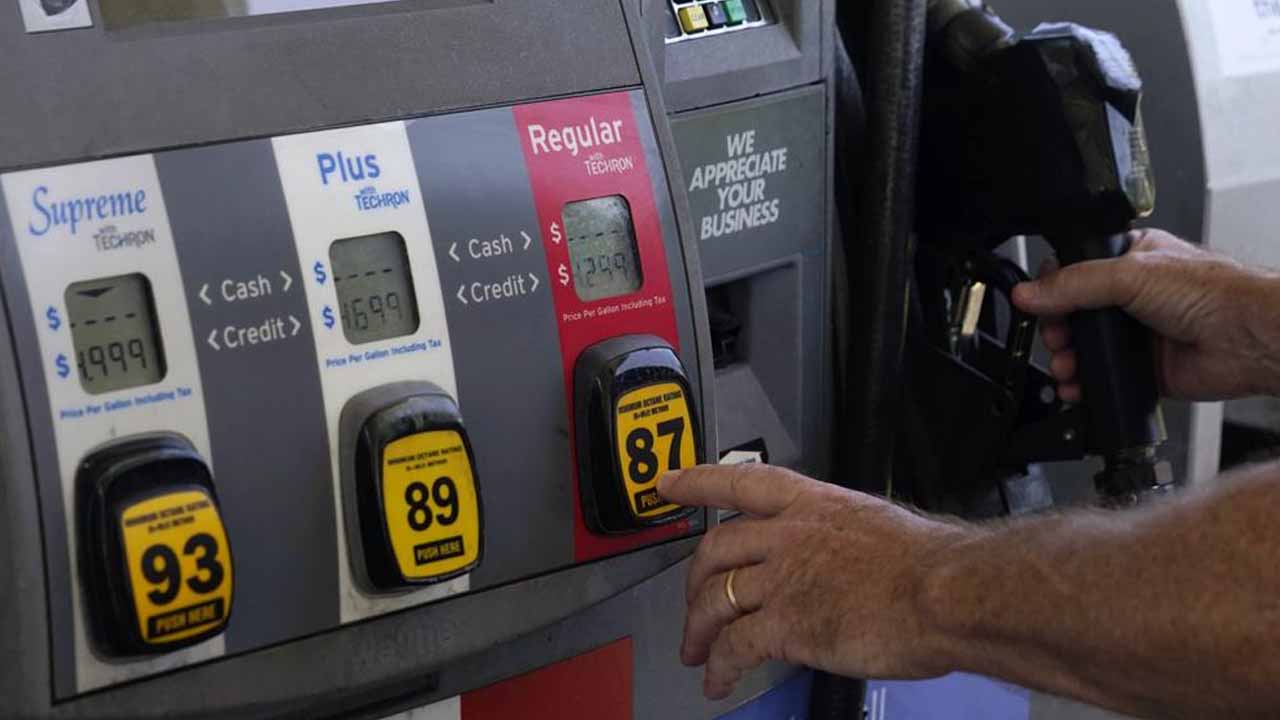 Falling prices for gas, airline tickets and clothes gave Americans a little bit of relief last month, though overall inflation is still running at close to its highest level in four decades.

Consumer prices jumped 8.5% in July compared with a year earlier, the government said Wednesday, down from a 9.1% year-over-year increase in June. On a monthly basis, prices were unchanged from June to July, the first time that has happened after 25 months of increases.

“I just want to say a number: zero,” he told reporters. “Today we received news that our economy had zero percent inflation in the month of July.”

The reprieve offered no certainty that prices would stay on the decline. Inflation has slowed in the recent past only to re-accelerate in subsequent months. And even if price increases continue to weaken, they are a long way from the Fed’s 2% annual target.

“There’s good reason to think inflation will continue to slow,” said Michael Pugliese, an economist at Wells Fargo. “What I think gets lost in that discussion is, slow by how much?”

Even if it were to fall to 4% — less than half its current level — Pugliese suggested that the Federal Reserve would need to keep raising interest rates or at least keep them high.

Much of the relief last month was felt by travelers: Hotel room costs fell 2.7% from June to July, airfares nearly 8% and rental car prices a whopping 9.5%. Those price drops followed steep increases in the past year after COVID-19 cases eased and travel rebounded. Airfares are still nearly 30% higher than they were a year ago.

Gas prices dropped from $5 a gallon, on average, in mid-June to $4.20 by the end of last month, and were just $4.01 on Wednesday, according to AAA. Oil prices have also fallen, and cheaper gas will likely pull down inflation this month as well, economists said.

Last month’s declines in travel-related prices helped lower core inflation, a measure that excludes the volatile food and energy categories and provides a clearer picture of underlying price trends. Core prices rose just 0.3% from June, the smallest month-to-month increase since March. Compared with a year ago, core inflation amounted to 5.9% in July, the same year-over-year increase as in June.

All told, the July figures raised hope that inflation may have peaked after more than a year of relentless increases that have strained household finances, soured Americans on the economy, led the Federal Reserve to raise borrowing rates aggressively and diminished President Joe Biden’s public approval ratings.

Americans are still absorbing bigger price increases than they have in decades. Grocery prices jumped 1.1% in July and are 13% higher than a year ago, the largest year-over-year increase since 1979. Bread prices leaped 2.8% last month, the most in more than two years. Rental and medical care costs rose, though slightly less than in previous months.

A strong job market and healthy wage increases have encouraged more Americans to move out on their own, reducing the number of available apartments and pushing up rental costs. Wall Street purchases of homes and trailer parks have also lifted monthly payments.

Average paychecks are rising faster than they have in decades, but not fast enough to keep up with inflation. As a result, some retirees have felt the need in recent months to return to the workforce.

Among them is Charla Bulich, who lives in San Leandro, California. For the past six months Bulich, 73, has worked a few hours a week caring for an elderly woman because her Social Security and food stamps don’t cover her rising costs.

“I go over my budget all the time — that’s why I had to go get a job,” Bulich said. “I wouldn’t even think about buying hamburger meat or a steak or something like that.”

Now she worries that she will lose her food stamps in the coming months because of her extra income.

Michael Altfest, director of community engagement at the Alameda County Community Food Bank in Oakland, said his organization now provides about 4.5 million pounds of food a month, up from below 4 million in January. The group has also budgeted for a 66% increase in fuel costs. That’s mostly because of higher gas prices but also because it’s now using more trucks to keep up with the demand for food.

Altfest’s own rent recently jumped 14%, he said, forcing him to recalibrate his budget.

“All these costs are going up, all at once,” he said. “The people here were stretched already.”

Last month’s modest slowdown in inflation might enable the Fed to slow the pace of its increases in short-term rates when it meets in late September — a possibility that sent stock prices jumping. How quickly and how far the Fed raises borrowing costs has significant effects on the economy: Sharper hikes tend to reduce consumer and business borrowing and spending and make a recession more likely.

If the Fed doesn’t have to raise rates as high to restrain prices, it has a better chance of engineering an elusive “soft landing,” whereby growth slows enough to curb high inflation but not so much as to cause a recession.

Still, Fed Chair Jerome Powell has emphasized that the central bank needs to see a series of lower readings on core inflation before it will pause rate hikes. The Fed has boosted its short term rate by 2.25 percentage points in the past four meetings, the fastest series of increases since the early 1980s.

Biden has pointed to declining gas prices as a sign that his policies — including large releases from the nation’s strategic oil reserve — are helping lessen the higher costs that have hurt household finances, particularly for lower-income Americans and Black and Hispanic households.

There are other signs that inflation may fade in coming months. Americans’ expectations for future inflation have fallen, according to a survey by the Federal Reserve Bank of New York, likely reflecting the drop in gas prices that is highly visible to most consumers.

Inflation expectations can be self-fulfilling: If people believe inflation will stay high or worsen, they’re likely to take steps — such as demanding higher pay — that can send prices higher in a self-perpetuating cycle.

Companies then often raise prices to offset higher their higher labor costs. But the New York Fed survey found that Americans’ foresee lower inflation one, three and five years from now than they did a month ago.

Stubborn inflation isn’t just a U.S. phenomenon. Prices have jumped in the United Kingdom, Europe and in less developed nations such as Argentina.

In the U.K., inflation soared 9.4% in June from a year earlier, a four-decade high. In the 19 countries that use the euro currency, it reached 8.9% in June compared with a year earlier, the highest since record-keeping for the euro began.