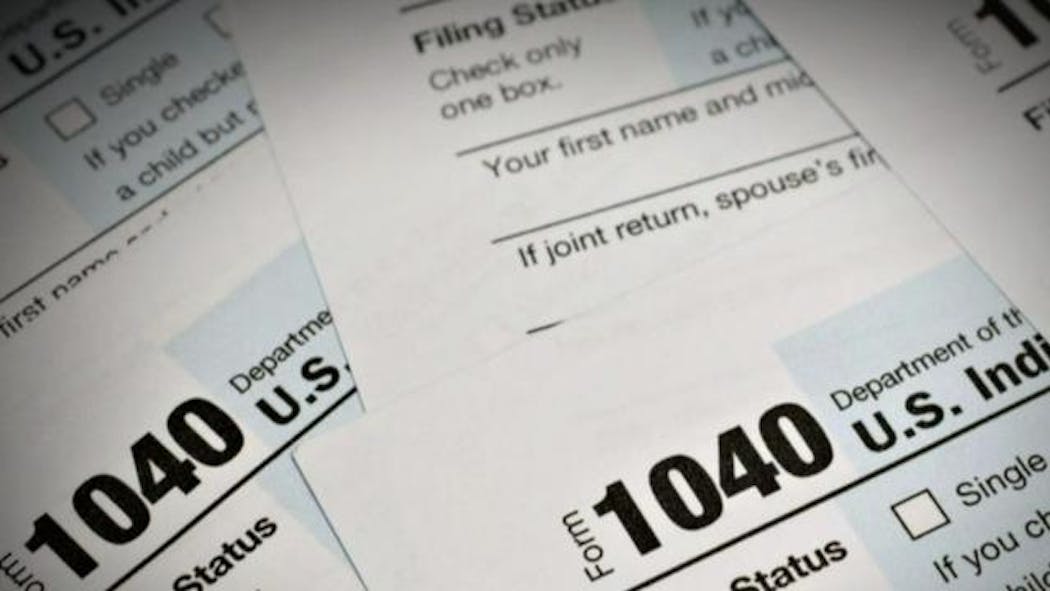 One of the most gut-tightening phrases for taxpayers is "IRS audit," but years of underfunding and a decline in staffing at the tax agency have pushed the audit rate to a decade-long low. That could soon change under the Inflation Reduction Act, the bill that proposes to give $80 billion to the IRS to beef up enforcement and hiring.

The prospect of a revitalized IRS is causing some consternation among some Republican lawmakers and taxpayers, who express fears that the proposed funding could be used to target workers and middle-class families. Indeed, Republicans on Tuesday warned taxpayers that the agency wants to hire "87,000 new IRS agents to audit Walmart shoppers."

While the estimate of 87,000 new employees isn't entirely accurate, the Inflation Reduction Act would inject some urgently needed funds at the tax agency. Under the plan, about $46 billion of that $80 billion would be spent on hiring more enforcement agents, as well as on keeping track of taxes on cryptocurrencies, a relatively new area for the IRS.

That has raised fears the new agents would target middle-class workers with invasive audits, although the Treasury Department on Wednesday pushed back against those concerns.

Households earning less than $400,000 "will likely see the chance of an audit decline," Treasury said in a statement. "Instead, new funding will crack down on tax evaders among the wealthy and large corporations, invest in technology upgrades that help taxpayers, and hire more customer support staff to prevent backlogs."

The IRS declined to comment on its hiring plans to CBS MoneyWatch, noting that it doesn't comment on pending legislation. The Inflation Reduction Act passed in the Senate on Sunday, while House lawmakers could vote on the bill as early as Friday.

"Anytime people hear the IRS will auditing more, they are going to be concerned," noted Eric Bronnenkant, head of tax at financial services firm Betterment. But, he added, "The audit rates are not likely to increase dramatically, I would argue, for people whose sole income is a W-2 and maybe $100 in interest from their bank account."

Here's what to know about audits and the proposed IRS funding.

Why does the IRS need $80 billion?

The Inflation Reduction Act would invest $370 billion in fighting climate change and $64 billion to lower costs for people with Affordable Care Act health plans. To pay for that, Democrats want the IRS to step up audits and enforcement efforts to collect billions that currently get lost in the so-called tax gap.

There's a "gap between taxes collected and actual taxes owed, and the government has an interest in closing that gap," Bronnenkant noted. "One way that they can close that gap is by increasing enforcement of existing laws."

The inflation bill would direct $80 billion to the IRS, with $45.6 billion aimed chiefly at enforcement. The remaining money would be spent on upgrading technology and operations at the agency, which has been dogged by delays and poor customer service.

Last year, before the bill emerged, the Treasury Department had proposed a plan to hire roughly that many IRS employees over the following 10 years if it got the money.

The IRS will be releasing final numbers for its hiring plans in the coming months, according to a Treasury official. But those employees will not all be hired at the same time, will not all be auditors and, in many cases, will be replacing employees who are expected to quit or retire, experts and officials say.

The IRS currently has about 80,000 workers, ranging from audit officials to customer service employees. The agency has lost roughly 50,000 employees over the past five years due to attrition, according to the IRS.

Budget cuts, mostly demanded by Republicans, have also diminished the ranks of enforcement staff, which have fallen roughly 30% since 2010 despite the fact that the filing population has increased.

Most likely, because that's partly the intention behind giving the IRS billions in new funding.

The tax gap is estimated at about $400 billion annually — revenue that the U.S. government could be collecting, but can't because taxpayers underreport income or use other tactics to lower their tax burdens.

But the risk of getting audited currently stands at a decade-long low. The audit rate for individual tax filers was 0.25% in 2019, down from 0.9% in 2010, according to a May study from the U.S. Government Accountability Office. Audit rates for all income levels declined over that period.

The reason for the decline: A loss of IRS staff and funding. The agency employs about the same number of people it did in the mid-1970s, according to the GAO report. And that could only get worse without more funding, with more than half of IRS employees who work in enforcement currently eligible for retirement, said Natasha Sarin, the Treasury Department's counselor for tax policy and implementation.

Could middle-class taxpayers be targeted by the IRS?

Not likely, according to tax experts and officials at the IRS and Treasury.

Most middle-class workers receive W-2s at tax time, or tax forms that show total compensation and the amount of federal, state, and other taxes withheld from your paycheck. This data is also reported to the IRS, which then checks whether tax filings match the amount reported by employers. It's difficult for people who receive W-2s to hide income, in other words.

In an August 4 letter to the Senate, IRS Commissioner Charles Rettig noted that "audit rates will not rise relative to recent years for households making under $400,000."

High-earning Americans and businesses, according to Treasury officials.

Other taxpayers could also face more scrutiny, including self-employed workers and people who operate cash businesses because it's often easier for these types of workers to claim deductions that they might not be entitled to or to underreport income, tax experts note.

"If you look at that [$80 billion] as an investment, you say, 'How do we generate the most amount of revenue for the money we are being allocated?', and the highest potential impact is for business owners and higher-income individuals" to face more audits, Bronnenkant said.

What about the impact on low-income households?

One noteworthy point is that the IRS has recently focused its recent enforcement efforts on two groups: Wealthy taxpayers and low-income households.

In fact, households with less than $25,000 in annual earnings are five times as likely to be audited by the IRS as everyone else, according to an analysis of IRS data by the Transactional Records Access Clearinghouse (TRAC) at Syracuse University.

That's largely due to the IRS checking whether tax returns claiming the Earned Income Tax Credit (EITC) actually qualify for the benefit, which can provide a tax credit of up to $7,000 to some families. It's a valuable benefit, but one that can be abused, with one analysis finding that as many as half of returns claiming the tax credit had erroneously claimed too much, or even incorrectly claimed the credit at all.

It's likely that the IRS will continue to check tax returns that claim this tax credit, but the IRS' Rettig noted in his letter that the agency's focus would be on "meaningful, impactful examinations of large corporate and high-net­ worth taxpayers to ensure they are paying their fair share."

— With reporting from the Associated Press.