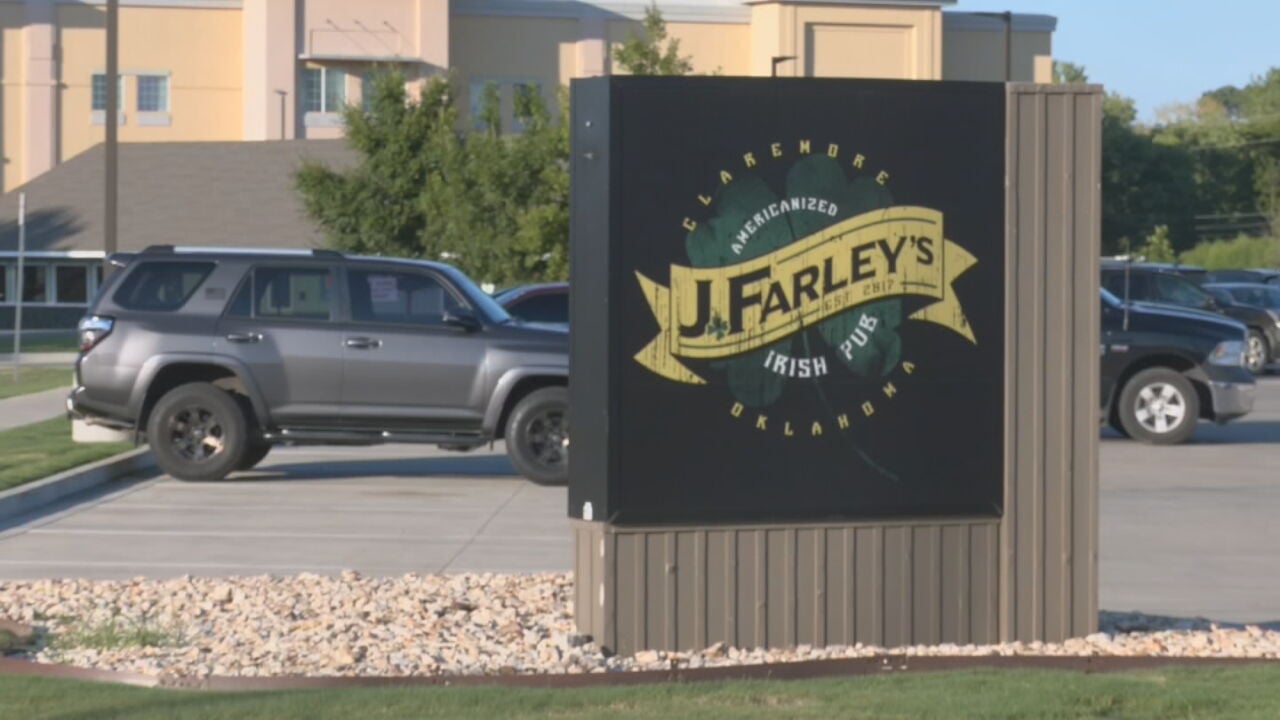 Police were called to J. Farley’s in Claremore after a woman walked out on her bill earlier this week. When they arrived, they reviewed footage from security cameras and learned the woman stole a lot more than just a meal.

Wanda Inman, President of Blue Star Mothers Rogers County Chapter 20, was on Facebook when she saw a post seeking the public’s help identifying the suspect. It was from that post that she learned the woman also stole money from the Blue Star Mothers’ donation jar.

Footage shows the woman leaving her table and walk toward the exit. She then stopped near the host’s stand where she opened the donation jar and stole the money.

“Of course, it’s one thing to run out on a meal and not pay for it,” Burnett said. “It’s another thing to actually steal from a donation jar.”

The donations are used to send care packages to military members and provide support to their families.

According to police, an estimated $300 was stolen from the jar. Inman said the money would have been a big help for military members.

"Filling the box and mailing it averages $65 a box,” Inman said. “It takes away boxes that we could send to these men and women who are serving our country and keeping us free."

Claremore police said they have identified the suspect and are expected to issue a warrant for her arrest.