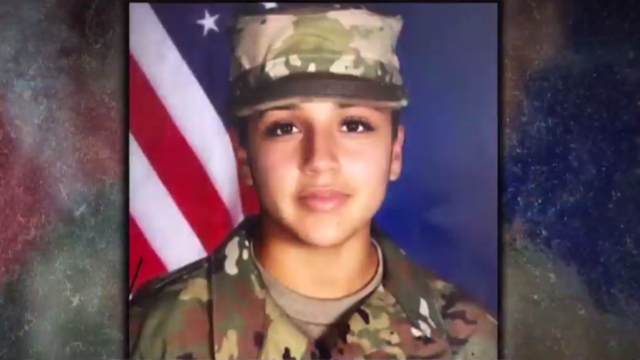 The family of a Texas soldier who was sexually harassed and killed at a military base near Killeen in 2020 filed a lawsuit Friday seeking $35 million in damages from the U.S. government.

The family of 20-year-old Vanessa Guillén is seeking damages on the basis of sexual harassment, abuse, assault, rape, sodomy and wrongful death.

An investigation by military officials into the death of Guillén, who was killed by a fellow soldier at U.S. Army base Fort Hood, found that she was also sexually harassed and that leaders failed to take appropriate action. The lawsuit describes two instances in which Guillén was harassed during her time as a soldier and Guillén's suicidal thoughts as a result of coping with the harassment, which she told family that she did not report for fear of retaliation.

"This will be an opportunity for every victim to feel not only like they have a voice but that they can be made whole," said Natalie Khawam, who filed the lawsuit on behalf of the Guillén's family.

The lawsuit follows a decision Thursday by a three-judge panel from the 9th U.S. Circuit Court of Appeals in San Francisco stating that an Army colonel could proceed with a lawsuit against a former Air Force General over a sexual assault allegation. The court found that a law barring service members from seeking damages over injuries during service did not apply.

Guillén was declared missing in April 2020. Her remains were found that July, when the soldier accused of killing Guillén died by suicide following a confrontation with officers. A civilian faced charges for allegedly helping Robinson dispose of Guillén's remains.

In April 2021, the U.S. Army released a report saying officers at Fort Hood ignored Guillén's complaints of sexual harassment. The report found that Guillén verbally reported she was sexually harassed on two occasions in 2019 by a supervisor who wasn't her alleged killer. It did not identify who allegedly harassed her but said it was a "superior noncommissioned officer in her unit."

At the time, Khawam questioned why the results of the investigation weren't released sooner.

"We knew she was being sexually harassed," Khawam told CBS News. "We knew that people were lying. We knew she was falsely accounted for. We knew all of this. Why it took so many months to come out with this, I don't know."

Guillén's death and claims by her family that she was harassed and assaulted at the Texas base sparked a social media movement of former and active service members who came forward about their own experiences in the military with the hashtag #IAmVaessaGuillen. State and federal lawmakers have since passed legislation in honor of Guillén that removed some authority from commanders and gave survivors more options to report.