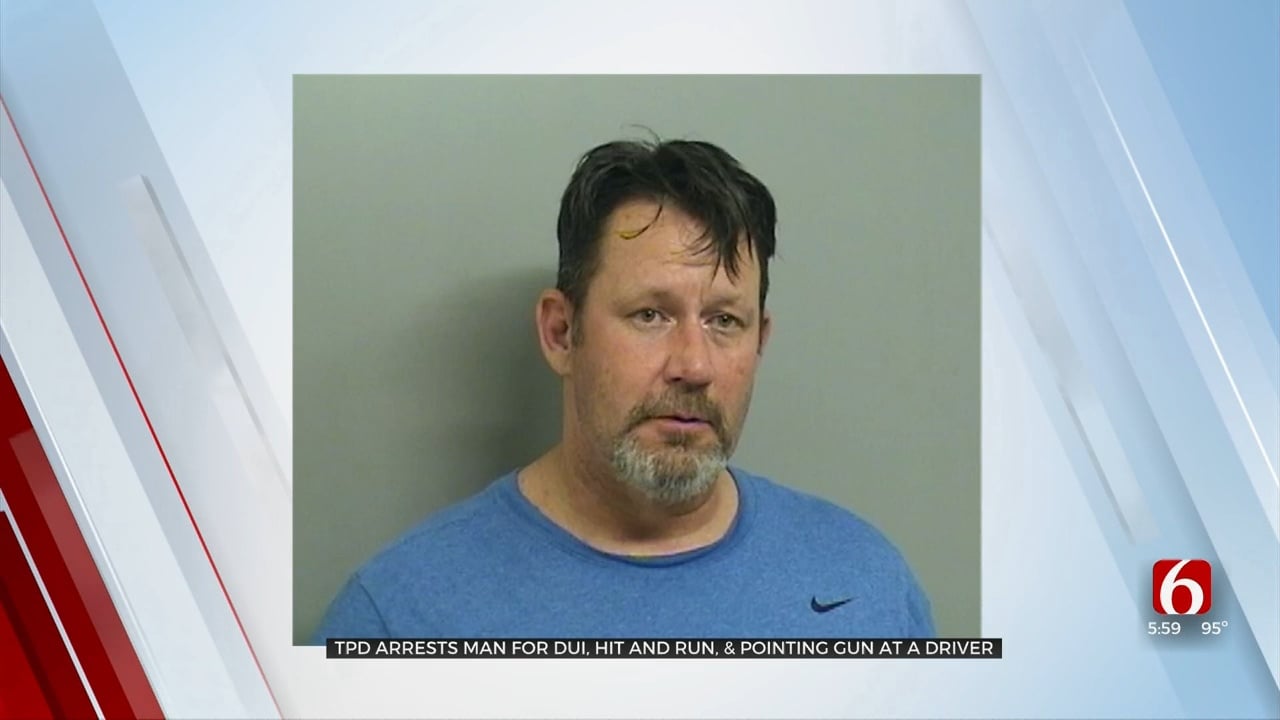 Tulsa Police arrested a man who they say crashed into another car and then pointed a gun at the driver of that car.

Officers say this happened Friday night near 21st and Memorial.

Police say a caller told them Randy Ray crashed into their car, pointed a pistol at them, then drove off.

A few minutes later, officers found Ray near 31st and Memorial and arrested him for DUI, assault with a firearm, having a firearm as a felon and hit-and-run.

Police think Ray threw out the pistol he used somewhere in a nearby neighborhood.