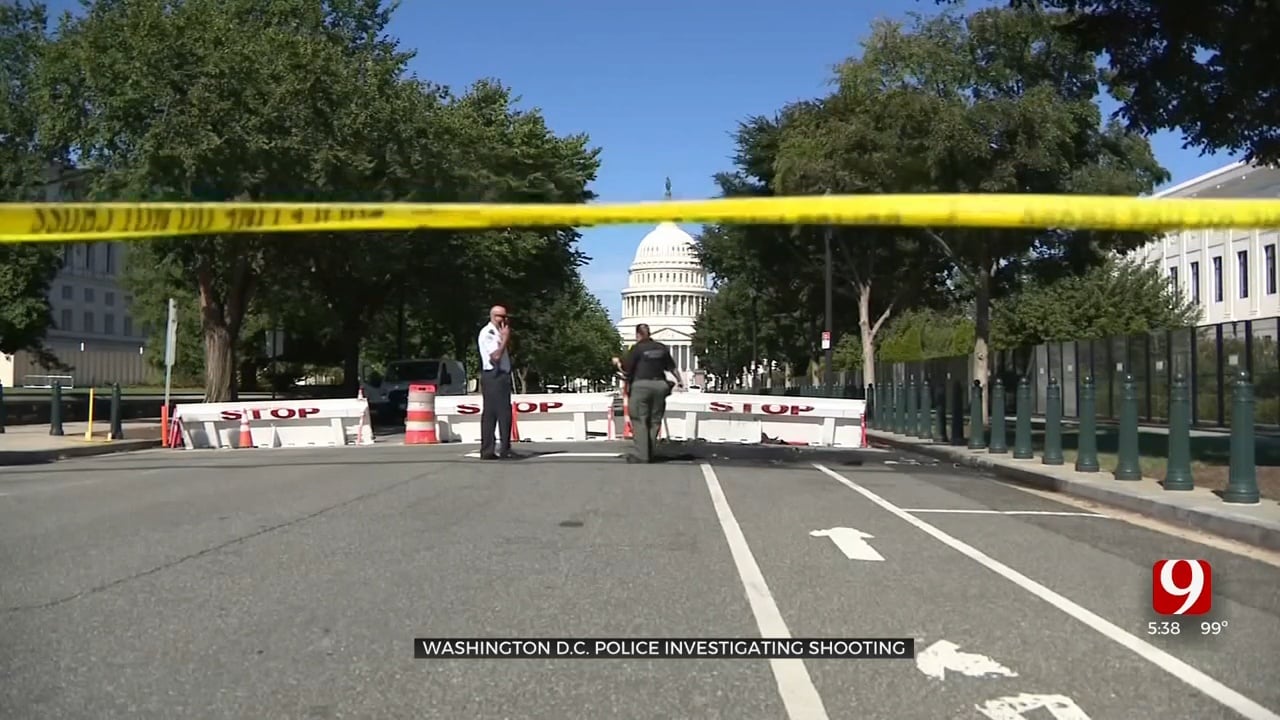 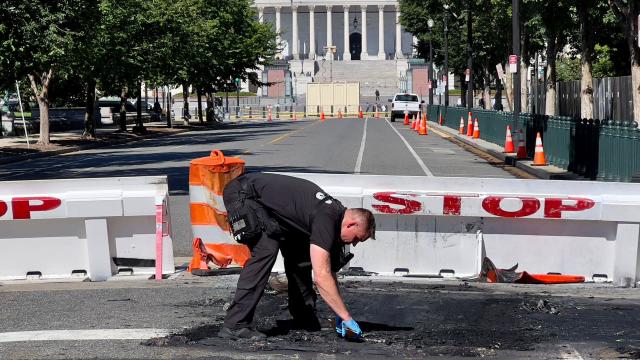 A man driving a car struck a barrier near the U.S. Capitol early Sunday morning and opened fire before fatally shooting himself, police said.

The man crashed into the barrier on the east side of the Capitol just after 4 a.m. Sunday morning, and his car went up in flames as he was getting out, U.S. Capitol Police said in a statement. The man fired several shots into the air and turned the gun on himself as officers responded. No one else was hurt.

"At this time, it does not appear the man was targeting any Members of Congress, who are on recess, and it does not appear officers fired their weapons," Capitol Police said. The statement did not name the man, but noted that "investigators are looking into the man's background." Security at and around the Capitol has been heightened in the year and a half since the Jan. 6, 2021, attack. Capitol Police erected tall fences and barriers around the complex that stood for weeks in the aftermath.

There have been other security incidents near the complex since Jan. 6, as well. In April 2021, a man rammed his car into officers standing near a security barricade, killing one and injuring another. The man, 25-year-old Noah Green, was shot and killed by police.

In October 2021, a man named Dale Paul Melvin was arrested after parking his vehicle outside the Supreme Court across the street from the Capitol and refusing to leave. Melvin returned in February 2022 but left without being arrested.