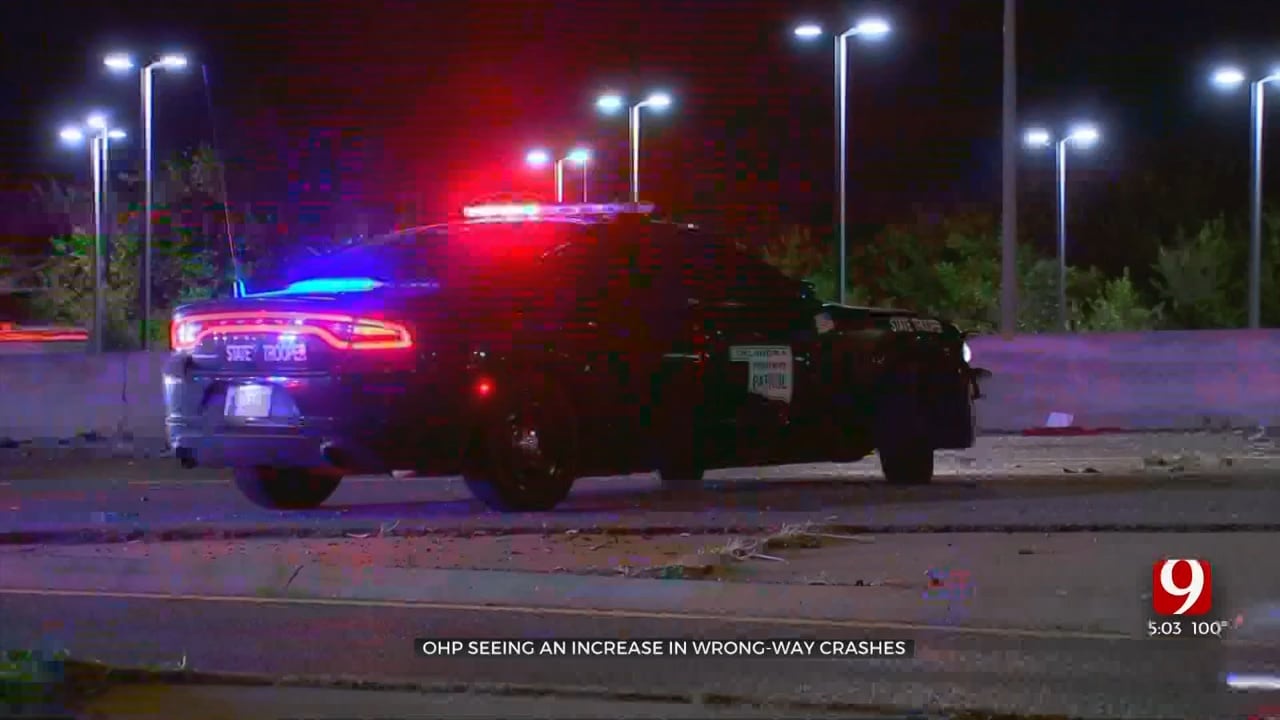 If it seems like the number of wrong-way crashes have increased, the Oklahoma Highway Patrol said there is something to the increase.

Trooper Eric Foster said the calls are coming in more and more, mostly between the hours of midnight and 4 a.m.

“We’re starting to see them almost nightly,” Foster said. “We’re seeing calls coming into the Oklahoma Highway Patrol that there is someone driving on the interstate in the wrong way.”

The increase is noticeable, Foster said, that the OHP is talking about it now in training.

“Specifically, how to stop these wrong way drivers or tactics we can employ to try to stop them,” Foster said.

Those tactics may be stopping interstate traffic a mile to two ahead while troopers try to stop the driver.

The OHP also advises new recruits to drive in the right lane on the interstate overnight because wrong-way crashes typically happen in the left lane.

“We believe the reason why is because the intoxicated driver believes they’re in the right lane or in the slow lane, but they’re actually going head-to-head with traffic,” Foster said.

The impacts can be far reaching, not just for the drivers involved but for their families.

Foster doesn’t believe the problem is the highway system or signage. Instead, it’s a different troubling trend.

“I believe the intoxicated driving epidemic is greater now than it ever has been,” Foster said.

It isn’t just alcohol. Oftentimes, those intoxicated drivers could be under the influence of marijuana or prescription pills.

“People are driving with those thinking that they’re okay to operate a 3,000-pound vehicle at 75 miles an hour and sometimes the wrong way,” Foster said.

Along Interstate 40 in the eastern part of the state, the Oklahoma Department of Transportation is testing sensors and flashing lights to alert wrong-way drivers.

Foster said he hopes to implement anything that is proven to work. At the end of the day, Foster said it comes down to personal responsibility.

“You will never hear the Oklahoma Highway Patrol anymore say they were accidents,” Foster said. “They were not. Someone made a decision, and that decision has consequences.”