Fed Saw Evidence Of A Slowing Economy At Its Last Meeting 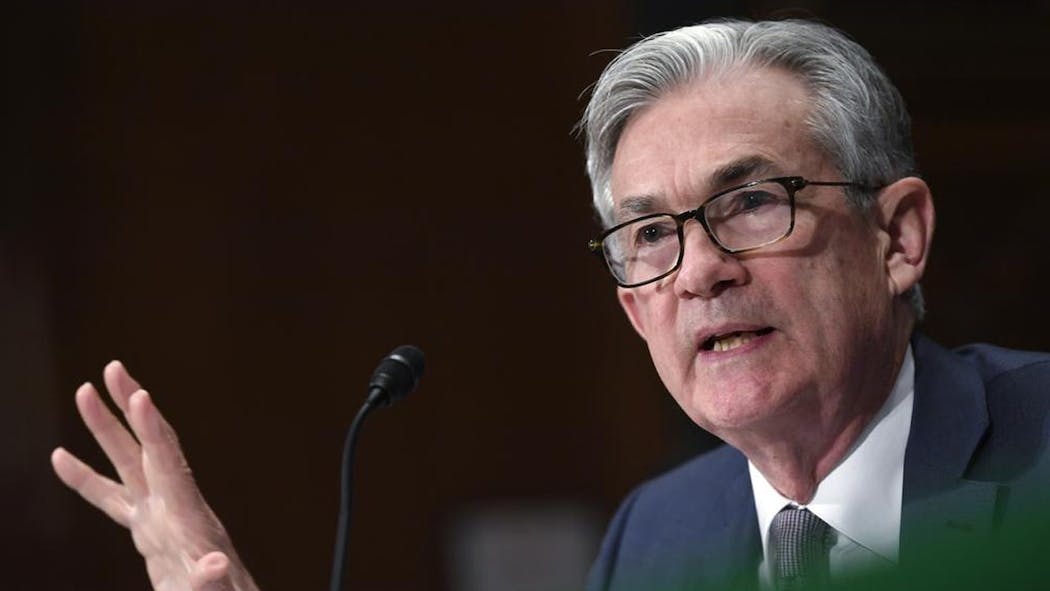 Federal Reserve officials saw signs that the U.S. economy was slowing at their last meeting, when the central bank hiked interest rates by a sizable three-quarters of a percentage point. Despite the slowdown, inflation remained "unacceptably high," officials said, leading to the fourth interest rate hike this year.

In minutes from their July 26-27 meeting released Wednesday, members of the Fed's rate-setting body said they expected the economy to expand in the second half of 2022. But many of them suggested that growth would weaken as higher rates take hold. The housing market, consumer spending, business investment and factory production have all decelerated after expanding robustly in 2021, officials noted.

Slower growth, they said, could "set the stage" for inflation to gradually fall to the central bank's 2% annual goal, though it remained "far above" that target. But the policymakers made clear that — for now — they intend to continue raising rates enough to slow the economy.

In both June and July, the Fed sought to curb high inflation by raising its key rate by an unusually large three-quarters of a percentage point. At their meeting last month, the policymakers said it might "become appropriate at some point to slow the pace of policy rate increases."

It remains unclear whether the Fed will announce yet another three-quarter-point rate hike when it next meets Sept. 20-21 or instead impose a more modest half-point hike then. Since the Fed's meeting three weeks ago, the economy has sent mixed signals — unexpectedly strong hiring, a deterioration in the housing market and a surprising drop in inflation. Before the policymakers reconvene in September, they will see another monthly jobs report and another monthly report on consumer prices.

"I don't think anyone can read the Fed minutes and say they are pivoting; however, it is clear that the rate hikes are having their intended effect of lowering demand, and by extension, inflation," Jamie Cox, managing partner for Harris Financial Group, said in an email.

"Given how quickly some data have shifted to suggest inflation has peaked and is falling, I would expect the pace of rates to step down from here."

The central bank was slow to respond to a resurgence of inflation in the spring of 2021, which makes its job now that much harder. For many months, Chair Jerome Powell characterized high inflation as "transitory," mainly a result of supply chain backlogs that would soon unsnarl and ease inflationary pressure. They didn't, and year-over-year inflation hit a 40-year high of 9.1% in June before edging lower last month.

So the Fed has had to play catch-up with a series of sharp rate increases. It raised its benchmark rate in March and again in May, June and July. Those moves have raised the central bank's key rate, which influences many consumer and business loans, from near zero to a range of 2.25% to 2.5%, the highest since 2018.

Powell has said the Fed will do what it will take to tame inflation, and more rate hikes are expected. But many economists worry that the Fed will end up overdoing it in the other direction by tightening credit so much as to trigger a recession.

Concerns about a potential recession have been eased, for now, by the ongoing strength of the job market. Employers added a robust 528,000 jobs last month, and the unemployment rate has hit 3.5%, matching a half-century low that was reached just before the pandemic erupted in 2020.

In the minutes released Wednesday, the Fed's policymakers acknowledged the strength of the job market. But they also noted that hiring tends to be a lagging indicator of the economy's health. And they pointed to signs that the job market might be cooling, including an increase in the number of Americans filing for unemployment benefits, a drop in Americans quitting their jobs and a reduction in job openings.

Fed Saw Evidence Of A Slowing Economy At Its Last Meeting