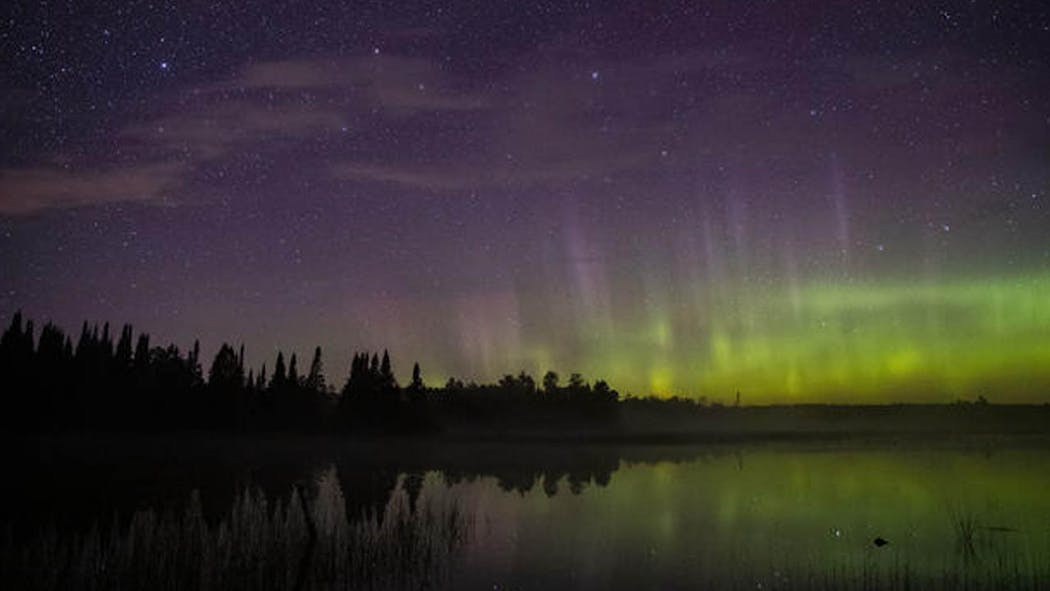 The sun could be sending a storm to Earth over the next few days. According to the National Oceanic and Atmospheric Administration (NOAA), our fiery star spit out a series of bursts on Sunday that are now headed in the direction of our planet and could trigger a strong geomagnetic storm.

One of those bursts, called a coronal mass ejection, or CME, is expected to collide and consume another, creating what's called a cannibal CME event. According to The Weather Channel, these events can spark strong geomagnetic storms — and in this case, it's headed in our direction. NOAA expects that the CMEs will hit on Thursday, but before they do, the agency said that Earth will also be blasted on Wednesday with relatively fast solar winds, known as a recurrent coronal hole high speed stream. The solar winds alone could trigger a minor geomagnetic storm on Wednesday, but those conditions are expected to escalate to strong conditions, known as G3, once the solar bursts make their appearance.

NOAA said at least four of the CMEs have the potential to directly affect Earth.

Geomagnetic storms are ranked on a scale of G1 to G5, with G5 being the most extreme. In such an instance, there would be widespread voltage control issues and some power grids could experience "complete collapse or blackouts," according to NOAA.

A G3 storm, like the one anticipated, could require that some power voltage systems need to be corrected and it could also trigger some false alarms on power protection devices.

Such a storm could also create a beautiful side effect — visible northern lights outside of their usual realm.

NOAA said the northern lights, also known as the aurora borealis, may be seen as far south as Illinois and Oregon if the G3 hits. A short-term forecast for the lights can be found here.