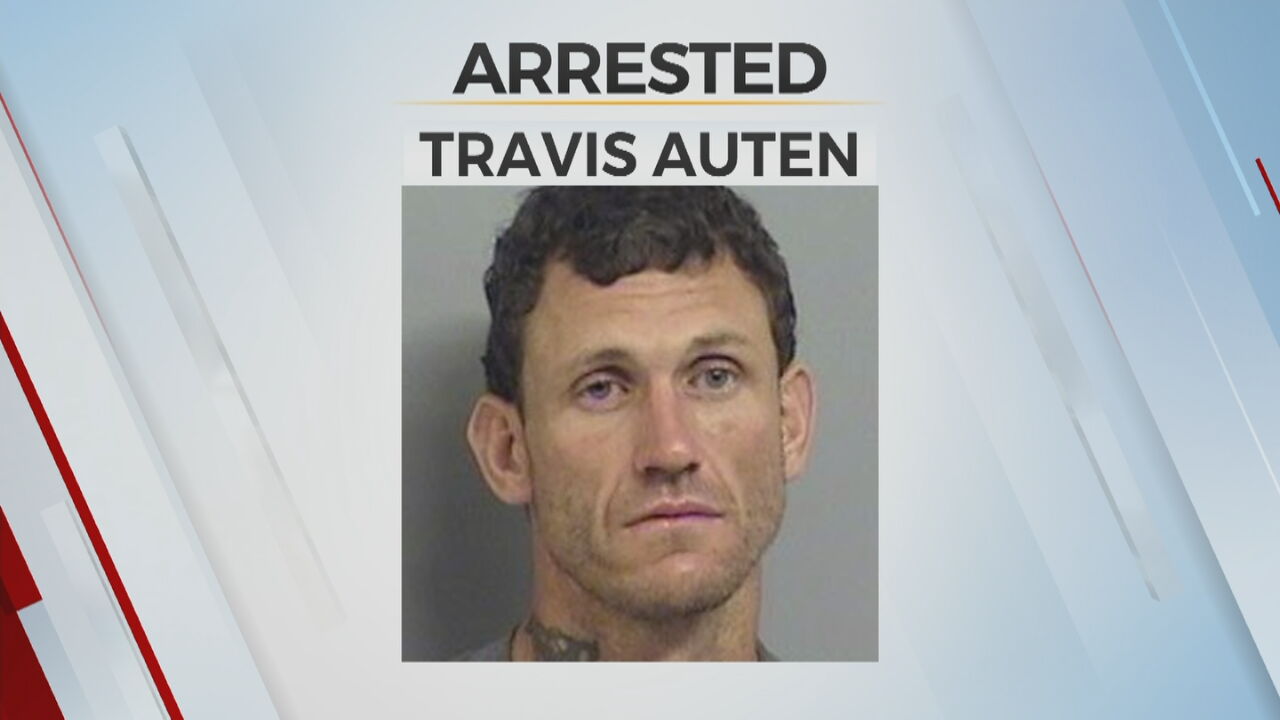 Tulsa Police have arrested a man who they say stole a catalytic converter and was caught with burglary tools.

Tulsa Police say they responded to a business near Skelly and Union just before 9 p.m. on Wednesday night.

According to police, a witness said they saw someone pull up on a motorcycle and then jump a fence.

Officers used their helicopter, and say they found Travis Auten hiding underneath a truck. Officers say they searched Auten's truck and found a catalytic converter, a saw, batteries and saw blades.

Police say Auten told them he had permission to take the catalytic converter.

Auten was arrested for hiding stolen property as a felon and having burglary tools, according to Tulsa Police.