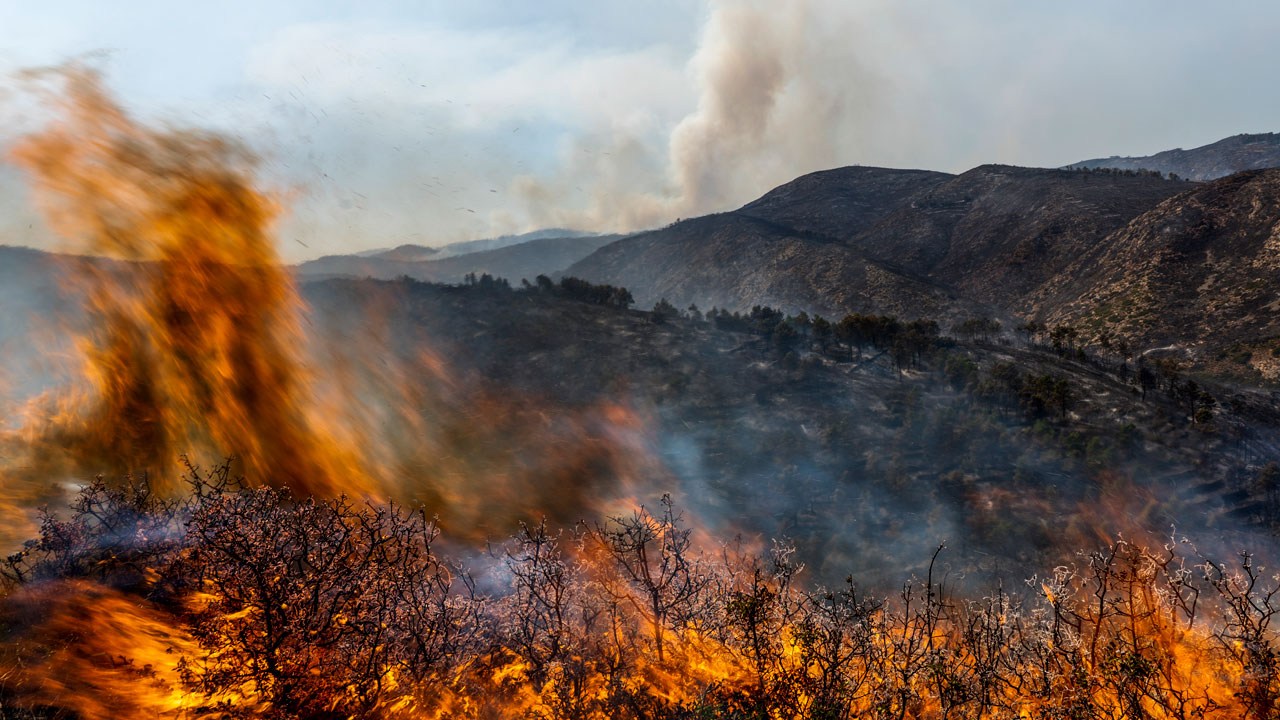 A wildfire burning out of control in Spain’s eastern province of Valencia has become one of the country’s biggest fires this year, and 35 aircraft were deployed to fight it as the blaze entered its fifth day, authorities said Friday.

The wildfire has already scorched more than 19,000 hectares (47,000 acres) along a 137-kilometer (85-mile) perimeter. Efforts to bring it under control Thursday failed and strong winds have made the fire “very aggressive,” the Valencian regional government said.

In neighboring Portugal, the government on Friday announced a nationwide three-day state of alert beginning Sunday. Portugal is in the grip of a severe drought and has also seen devastating wildfires this summer.

The measure, which grants authorities special, temporary powers such as barring people from woodlands, is a response to forecasts of inland temps above 40 degrees Celsius (104 degrees Fahrenheit) beginning Sunday in what could be the country’s third heat wave this summer.

Portuguese Interior Minister José Luís Carneiro said the armed forces would provide extra forest patrols on those days. He also announced that the Civil Protection Agency will get additional funding to hire another 500 firefighters.

﻿In Spain’s Valencia, meanwhile, four people were still hospitalized after suffering severe burns Wednesday when several passengers tried to jump off a train that had stopped and tried to go back amid surrounding flames. The train had inadvertently headed into the fast-spreading wildfire.

Regional government head Ximo Puig has requested a report from the firefighting services to clarify why the train was allowed to proceed through an area that was burning.

Spain has been hit harder than any other European country by forest fires this year, according to the European Commission’s Copernicus Earth observation program. This year, wildfires in Spain have burned four times more land than they did during the last decade.

Up to early August, 43 large wildfires — those affecting at least 500 hectares (1,235 acres) — were recorded in the Mediterranean country, while the average in previous years was 11.

Follow all AP stories on the environment and climate change at https://apnews.com/hub/climate-and-environment