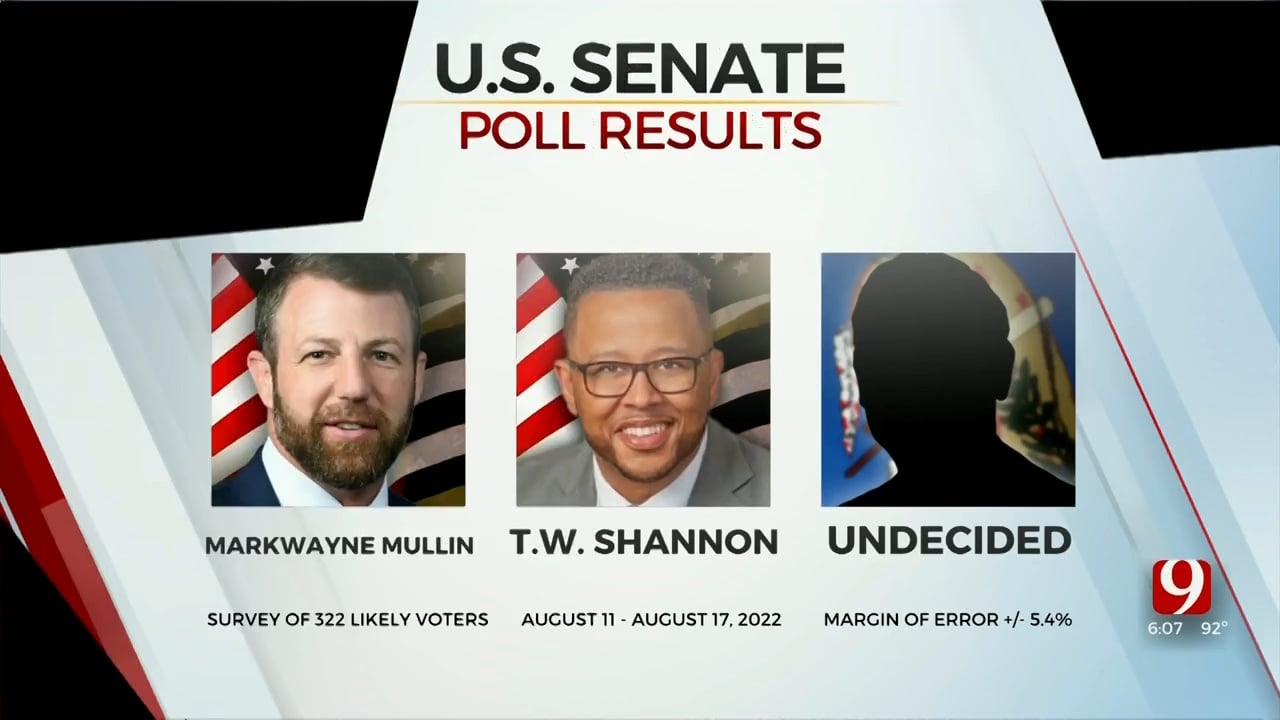 The race to see which Oklahoma Republican will move on to the Nov. 8 general election in hopes of succeeding Sen. Jim Inhofe is coming down to the wire.

In an exclusive News 9 / News On 6 poll, T.W. Shannon has closed the gap to 10 points against Rep. Markwayne Mullin. The poll was comprised of 322 likely Republican runoff voters and was conducted August 11-17. It showed Mullin with a 49 percent to 39 percent lead over Shannon.

The poll's margin of error is 5.4 percent.

Poll analyst Kyle Loveless said that he believes the race is coming down to the wire and that 'undecided' voters were beginning to lean more toward Shannon. The poll showed 12 percent of likely Republican runoff voters were still undecided, and 68 percent of those were leaning toward Shannon, according to Loveless.

The runoff election is August 23.

The winner will move on to the Nov. 8 general election against former U.S. Rep. Kendra Horn, Libertarian Robert Murphy and Independent Ray Woods.