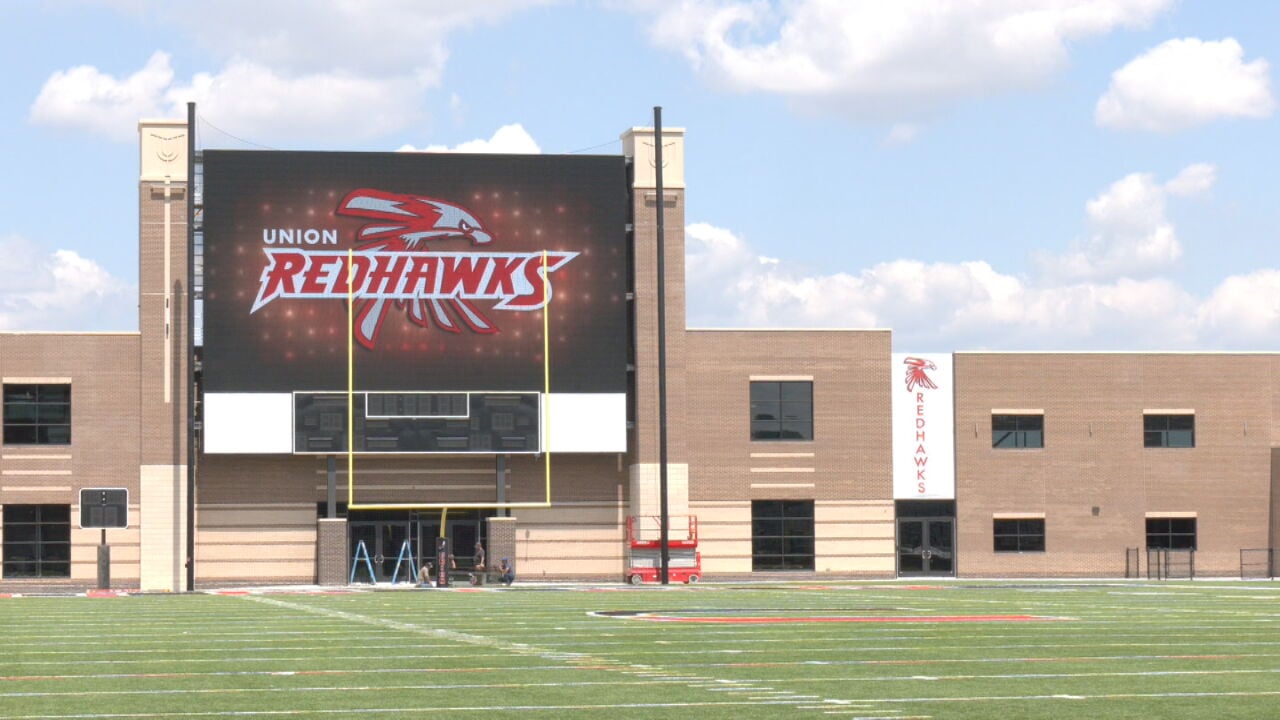 This is the first time any changes have been made since the stadium was built in 1976.

There is plenty for students to look forward to with the new stadium and it’s not just the football team who will get to enjoy what it has to offer.

One of the first things fans will notice is a 35-percent larger high-definition media screen. The screen sits just behind the end-zone near the Fine Arts building.

The Fine Arts building has rehearsal and storage space for the band before and after halftime performances.

During games, there is plenty of space for nearly 10,000 fans to watch. The new facility also includes wrestling rooms, coach’s offices, and a large weight room with plenty of workout space.

“We know when we have an engaged student, that typically we have a successful student and we’ve proven now that when you build these types of facilities and offer these dynamic academic and co-curricular programs that students want to be a part of this,” Hartzler said.

Union Public Schools will hold a commemoration for the stadium at Friday night's football game when Union plays Westmoore. The game begins at 7 p.m. on Aug. 26 and tickets will only cost a dollar.