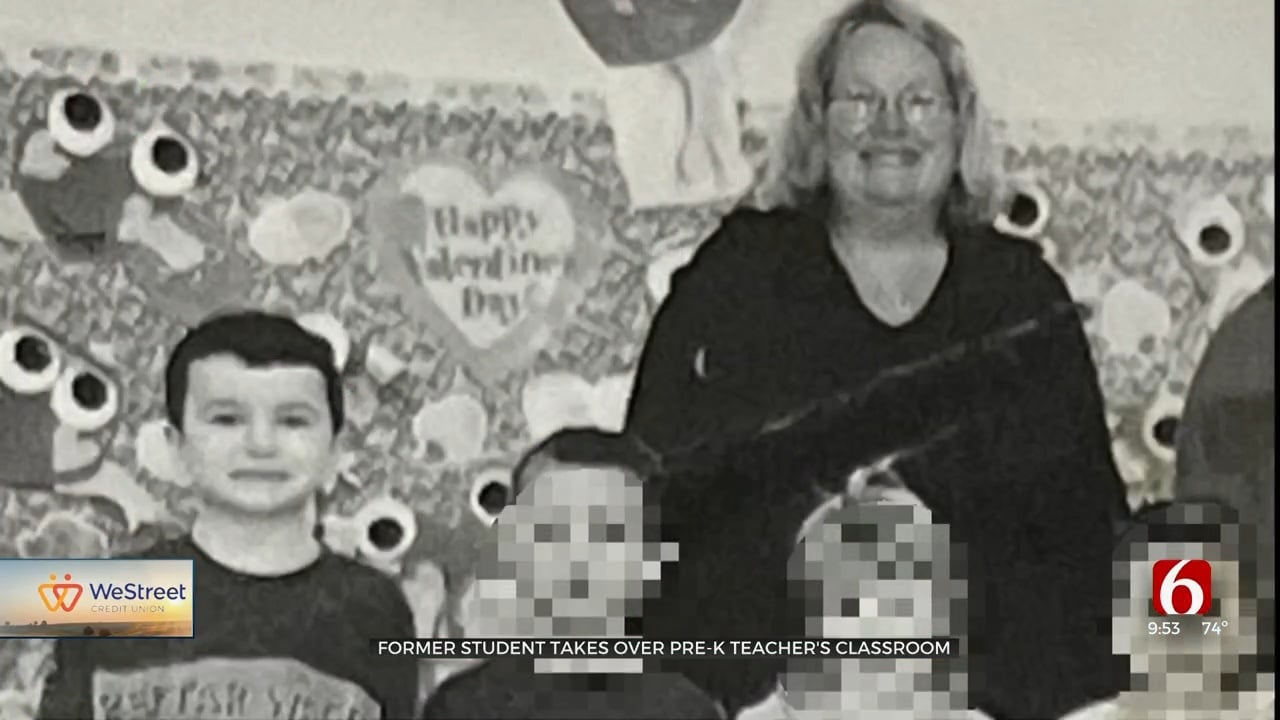 Life has come full circle for a retired Green Country teacher. One of the Pre-K students Jill Good taught at Mannford Early Childhood Center is now a teacher and is taking over her former classroom.

News On 6 was there as the two shared the classroom for the first time in two decades.

Good said she was not ready to retire, but after finding out who her replacement would be, she felt better about her decision and passed on her classroom, even all her decorations, to her former student.

As Matthew Wilson taught his Pre-K students, his first teacher was watching with pride.

"I'm so proud of him, and I miss it, but I feel like it's right, and his children are so lucky,” said Good. “He's going to be an awesome teacher."

After Good taught 33 years in California, Tulsa and Mannford, even being awarded Mannford teacher of the year, she retired at 63 in May due to personal and health reasons.

"It was meant for Matthew,” said Good. “It was his turn to get to do what I got to do for so long.”

Wilson said his experience in the Mannford district and his faith led him to teaching.

The classroom Wilson is taking over is full of his former teacher’s decorations and teaching supplies that she handed down to him.

"I didn't have to spend as much as most teachers normally would first year out," said Wilson.

The former student and his former teacher are now in different roles, but both with a lesson of how teachers investing in students can lead to passing on a passion for education.

Wilson said he is excited to see more of his former classmates also become teachers.

As for Good, she plans to volunteer with the district.