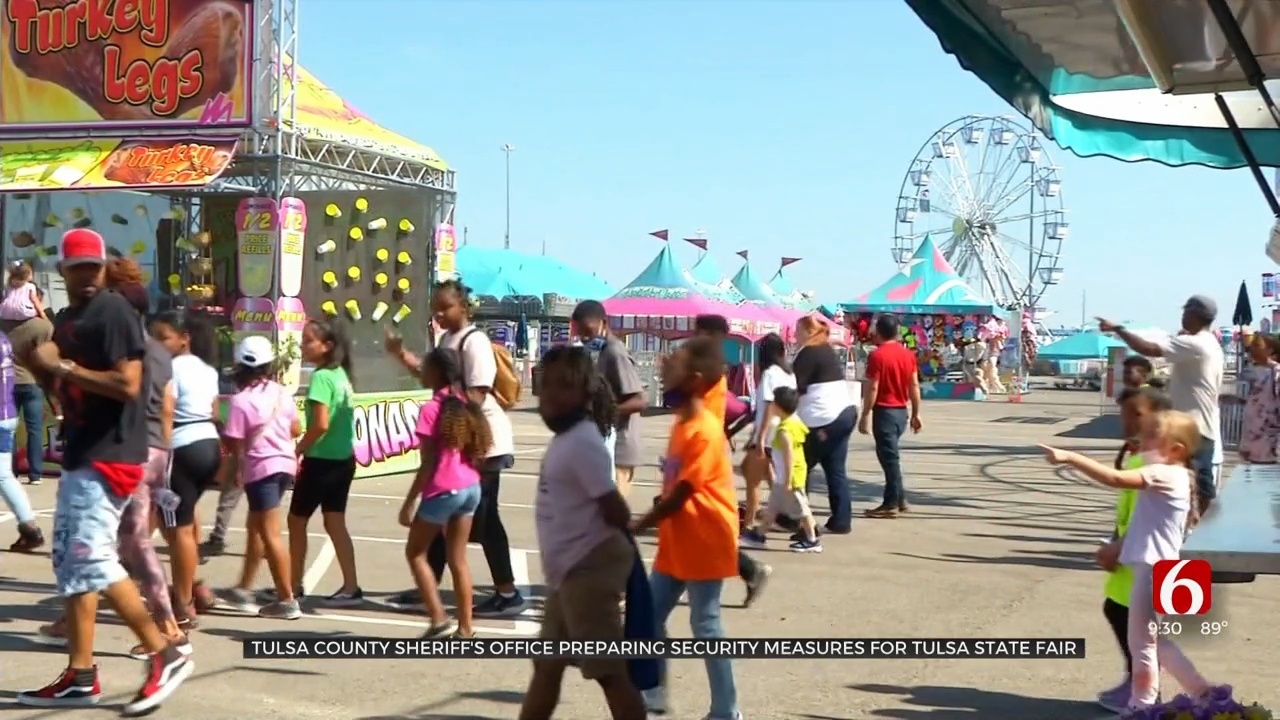 The Tulsa County Sheriff's Office is prepared to keep everyone safe during the 11 days of the Tulsa State Fair.

The Tulsa State Fair is a week from Sept. 22, and deputies have their eye out for anyone who may be up to no good.

Tulsa County Deputies are already installing cameras and doing on site training. They said lock your cars, keep your head on a swivel, and let them do their job.

It's 11 days of fun; law enforcement officers said let's keep it that way.

During weekday evenings, they plan to bring in at least 15 more, and on Saturday and Sunday nights they have an additional 30.

"It is very well-covered with some of the most up-to-date camera technology, and used it last year to solve a potentially deadly crime and we're gonna have more of it this year," said Capt. Moore.

Moore said guns aren't allowed at the fair. Last year, 10 guns were taken from people; nine of them were from juveniles.

"With traffic lights, with people wanting to turn in, people paying for parking, it's going to be slow," said Capt. Moore. "Pedestrians need to do their part too. Cross at designated crosswalks. Cross at corners with lights."

Moore said if you get in a non-injury accident inside the fairground, fill out an accident report at a nearby QuikTrip.

"If it is an injury accident, contact law enforcement," said Capt. Moore.

Deputies said to take a picture of your kid showing their hairstyle and outfit, as 137 kids got lost at the fair last year.

"We have never not found a lost child in the history of the fairgrounds," said Capt. Moore.

Moore said they'll have kid's wristbands available so parents can write their name, phone number, and child's name on it. There is a lost child center for kids who get separated from their parents.

Families can pick up the wristbands at TCSO's Command Post near the entrance gate on the east side of Expo Square or at their booth on the upper level of the Expo Square. The "lost child" center is on the east end of the Midway near Central Park Hall.