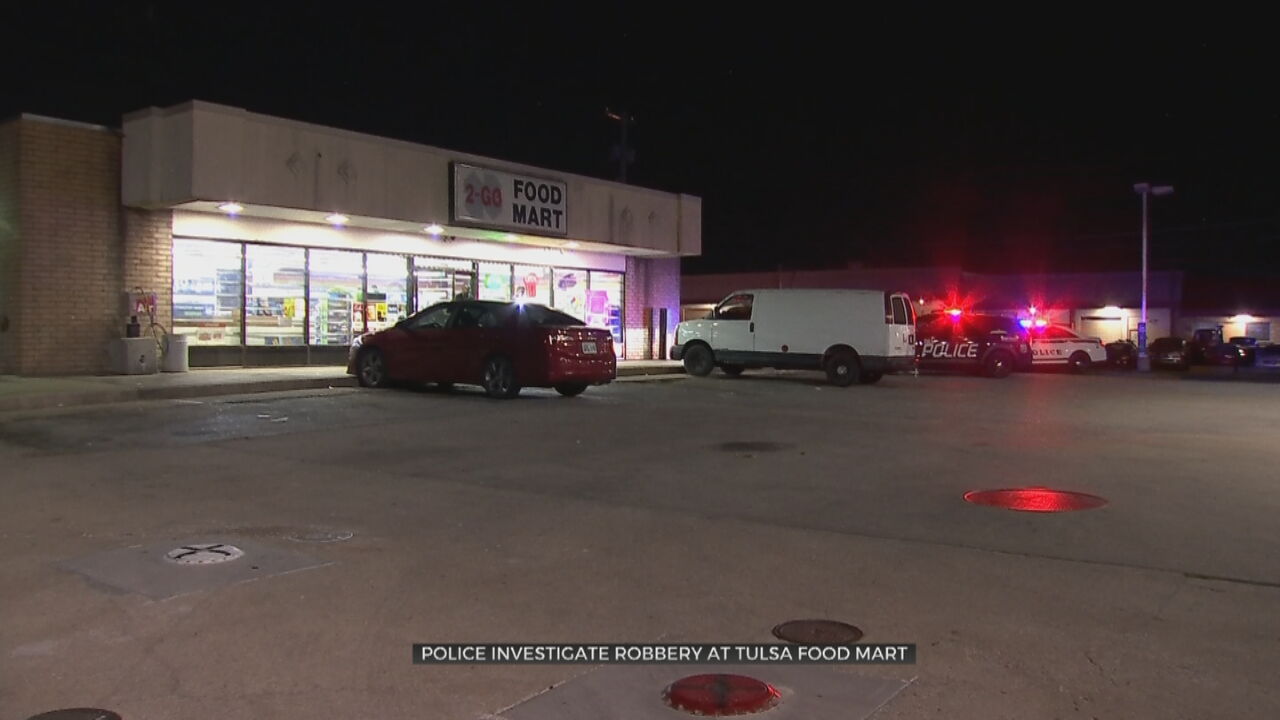 An investigation is underway after a robbery at a convenience store near East Pine Street and North Yale Avenue, according to Tulsa Police.

Tulsa Police say the robbery happened at the '2 Go Food Mart' at around 8:30 p.m. on Wednesday night.

Police say they believe two people were involved. Officers say one person robbed the store while the other acted as the getaway driver.

Officers say they spotted the getaway car near Highway 11 and North Sheridan Road around at around 11:30 p.m. on Wednesday. Police say the two men in the vehicle then ran into a nearby wooded area. Police deployed a K9 unit to try to find them, but were only able to find one of the men.

Officers on the scene say they found money scattered around the area where the men had abandoned the vehicle. Police say they are still looking for the other man invovled

Anyone with information about the robbery is asked to call CrimeStoppers at (918)-596-COPS.