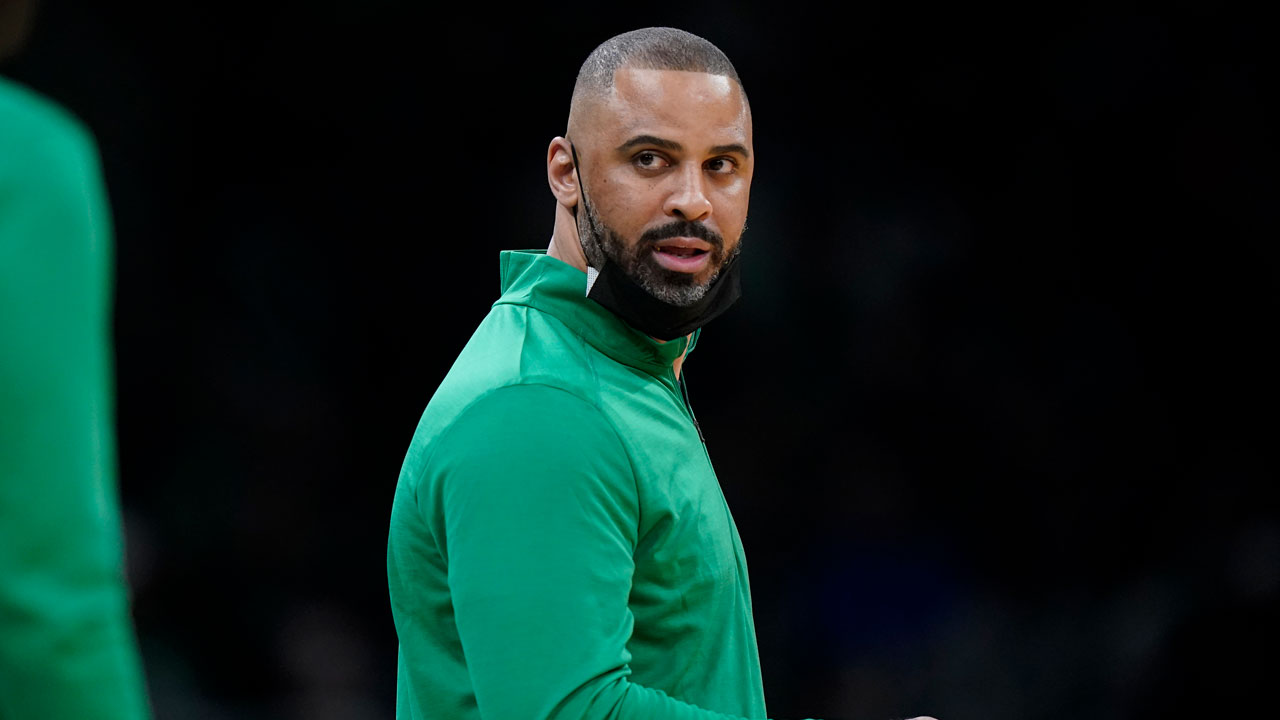 The Boston Celtics will likely suspend coach Ime Udoka for the entirety of the 2022-23 season, according to ESPN's Adrian Wojnarowski. Udoka allegedly had an "improper, intimate and consensual relationship" with a female staff member that violated the team's code of conduct, The Athletic's Shams Charania reported late Wednesday.

Assistant coach Joe Mazzula will likely be named interim coach, per ESPN, with an announcement expected as soon as Thursday.

Coaching suspensions are extremely rare in the NBA. Washington Wizards assistant Mike Batiste was suspended two games last season for entering the stands, and both Mike Budenholzer and Jason Kidd have earned one-game suspensions for conduct that took place within a game. A lengthy suspension for a coach, especially one that is team-imposed, would be unprecedented.

Udoka took over the Celtics last season as a first-time head coach, and despite a 23-24 start, rallied the team to a stellar 28-7 finish and an eventual berth in the NBA Finals. The Celtics came up short, but were set to enter this season as the betting favorite to win the championship.

With Udoka's status unclear, that could easily change. This is just the latest issue to befall Boston in what has become a tumultuous offseason. Star forward Jaylen Brown publicly commented on trade rumors involving himself and Brooklyn Nets star Kevin Durant. Free-agent signing Danilo Gallinari tore his ACL while playing for the Italian National Team. Starting center Robert Williams III is recovering from knee surgery and is expected to miss training camp.

Now, the Celtics might be without their coach for a meaningful portion of the season. If he does wind up suspended, Boston's road to a repeat trip to the Finals becomes even more perilous.