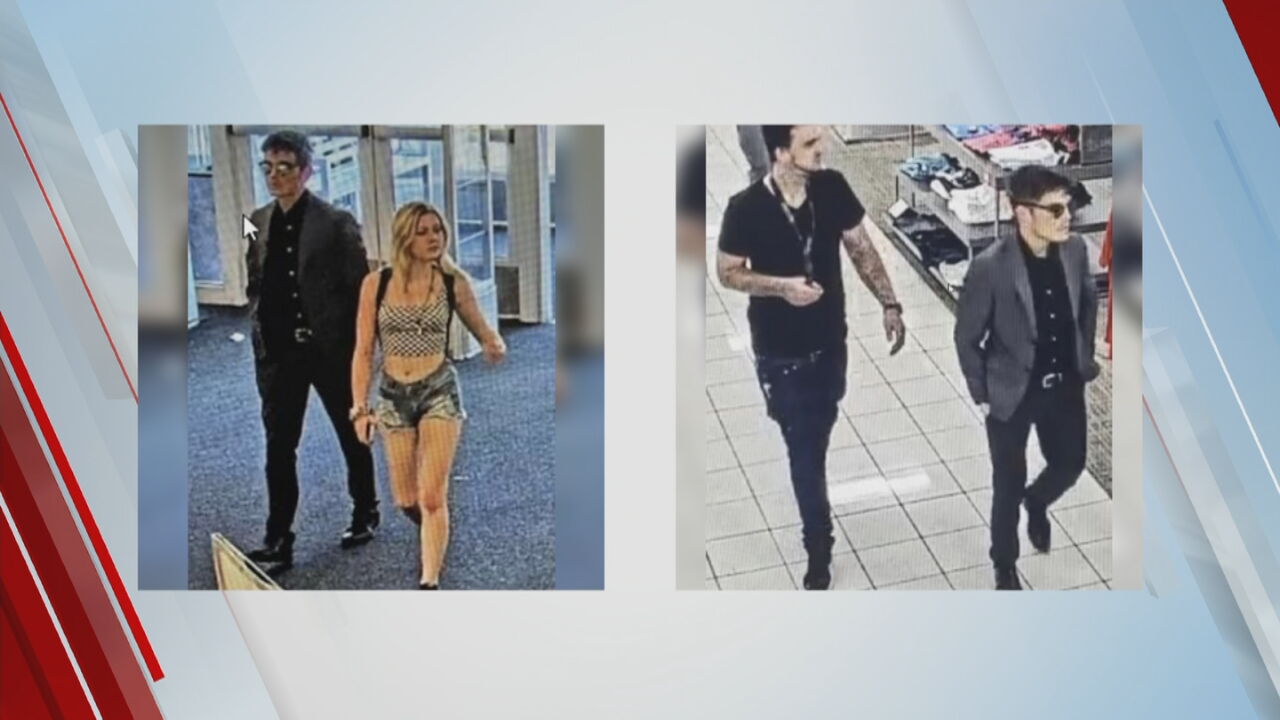 Owasso Police are looking for three people who they say are involved in a theft investigation.

According to police, at least one of the suspects is tied to several other cases across Green Country.

Owasso Police say after posting surveillance pictures of the three suspects on Facebook, they got a call from a Tulsa County Deputy who said they had just arrested one of the suspects in the picture for warrants out of Rogers County.

Officers identified William Haley as one of the suspects in the theft investigation. They also say Christopher Brantley is the other man involved. Police are still trying to identify the woman.

Haley is currently charged in Rogers County with using fake checks, and identity theft, according to police. Records show he had spent time in prison since 2014 for fraud, false impersonation, stolen property, theft and stolen vehicles. Haley is currently on probation for having a gun as a felon. Haley has since bonded out of jail.

Owasso Police are now looking for him and the other two people involved.