At Least 17 Killed As Anti-Government Protests Spread In Iran 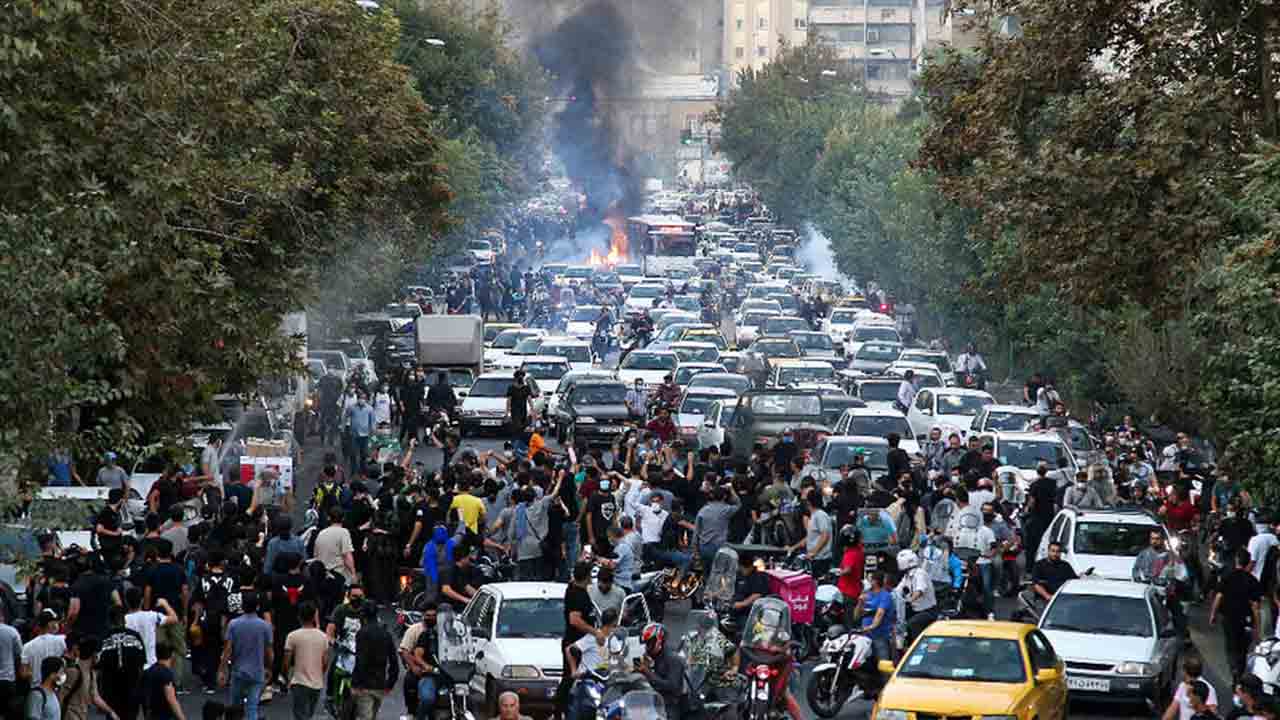 Iran's state-run media acknowledged on Thursday that at least 17 people have been killed in anti-government protests which have spread across the country. The unrest was sparked by the death of a woman detained by the country's so-called "morality police," apparently for not covering her hair as required by Iran's strict Islamic laws.

One charity operating in Iran put the death toll higher, at 31, but CBS News could not verify the figure.

The morality police, who are tasked specifically with enforcing Iran's strict Islamic dress code and other religious edicts, arrested 22-year-old Mahsa Amini last week while her family was visiting the capital, Tehran.

The special unit accused her of wearing "unsuitable attire." She died in detention after three days, with officials saying she suffered a heart attack. Critics believe she was beaten after an image surfaced of her bruised, bloodied and intubated body.

"Iranian women, under the law that was imposed in 1981 after the [Islamic] revolution, are required to cover their hair and dress modestly," Dr. Sanam Vakil, a Middle East policy expert and Iran specialist at London's Chatham House think-tank, told CBS News. "Over the past 40 years, Iranian women have been pushing back against this mandatory veiling requirement, and there is a morality police that polices the streets, brings women in, punishes them."

On Thursday, Iranian President Ebrahim Raisi said Amini's death would be "thoroughly investigated," according to AFP.

The United States on Thursday imposed sanctions on the morality police and other Iranian government officials, The Associated Press reported. Individuals targeted by the sanctions included the leaders of the Iranian Ministry of Intelligence and Security, the Army's Ground Forces, the Basij Resistance Forces and other law enforcement agencies, according to AP.

These new protests have spread from Iran's Kurdistan region, where Amini lived, to at least 50 cities and towns across the country, according to a human rights watchdog and other opposition groups operating in Iran.

The governor of Kurdistan, Ismail Zareikosha, said earlier this week that three people were killed in his province, but he insisted that Iranian security forces were not responsible, instead blaming "enemies of Iran."

Internet access in parts of the country was cut on Thursday, a day after Iranian Communications Minister Issa Zarepour warned that such a step could be taken amid the protests.

"Due to security issues and the debates going on currently in the country, restrictions to the internet may be decided and applied by the security apparatus, but overall we have not had any bandwidth reduction," Zarepour was quoted as saying by the semi-official ISNA news agency.

Opposition broadcaster Manoto TV claimed that Meta, the parent company of Facebook and Instagram, had removed a large number of videos from its Instagram page that were related to the protests. The company also said Instagram had removed a video message by Reza Pahlavi, the exiled former crown prince of Iran, addressing the protesters.

During the 2019 protests, before the government's security forces cracked down, internet access also slowed down or was cut off. As of Thursday, videos and images of defiance and protest were still being uploaded to social media, showing people destroying symbols of government authority, including police cars and water cannon trucks, and defacing images of Supreme Leader Ayatollah Ali Khamanei.

Some women have protested by removing their head scarves in public and burning them on bonfires. Others have cut their hair in public, in front of clapping crowds.

"It showcases the level of public anger. People are just fed up, and going for it," Vakil, from Chatham House, told CBS News. "This is a generation of Iranians that are pushing back."

At Least 17 Killed As Anti-Government Protests Spread In Iran