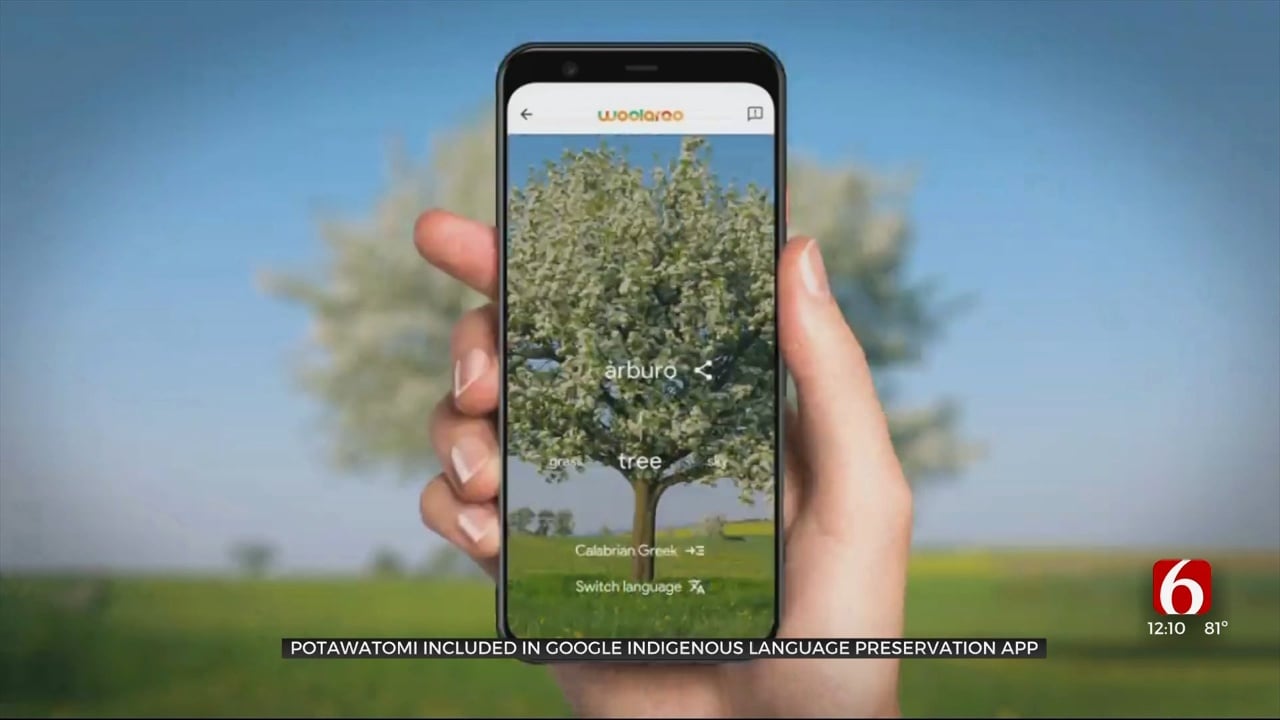 The Potawatomie language is the first Oklahoma tribal language to be featured on Google's new language app.

The app is called Woolaroo and lets users scan objects on their phone that then translates them in real time.

It's a Google Arts and Culture experiment meant to help preserve endangered languages.

The app has not yet been released in the app store yet.