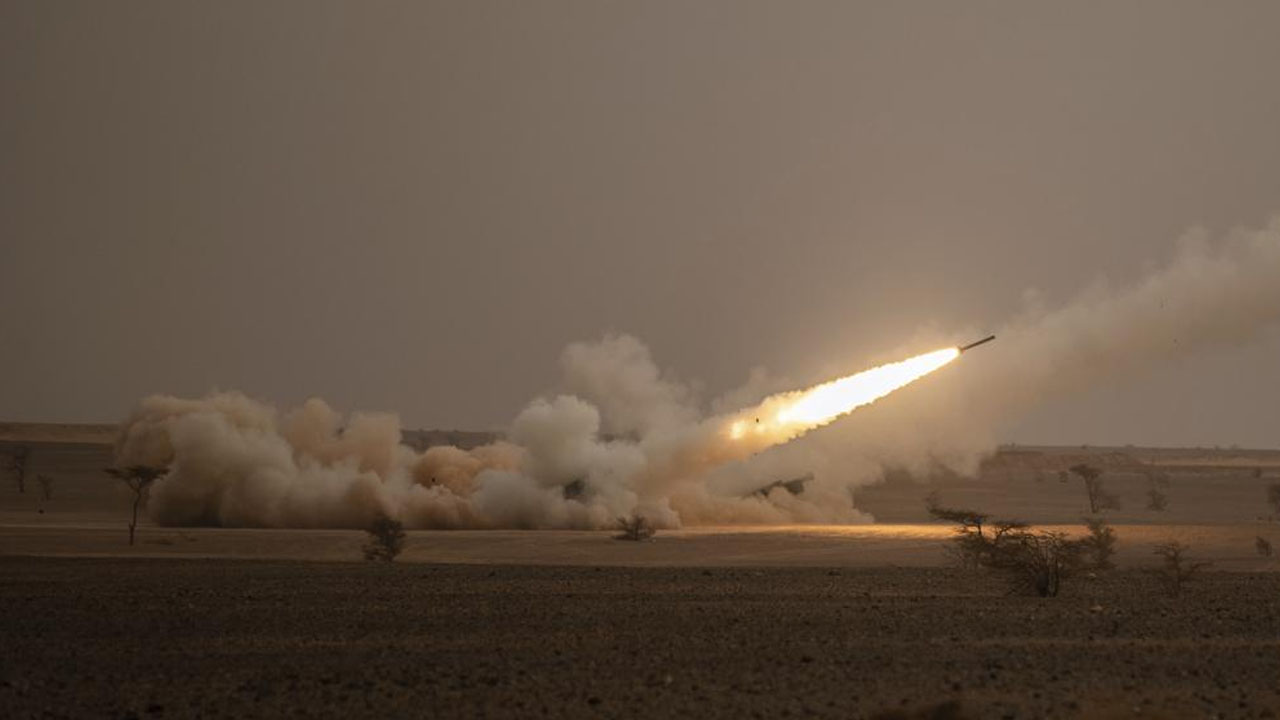 The U.S. will provide an additional $1.1 billion in aid to Ukraine, with funding for 18 more advanced rocket systems and other weapons to counter drones that Russia has been using against Ukrainian troops, the Biden administration announced Wednesday.

The latest package is being provided under the Ukraine Security Assistance Initiative, which funds contracts to purchase weapons and equipment. And it brings the total of U.S. aid to Ukraine to nearly $17 billion since the Biden administration took office.

The aid announcement comes as Russia moves to annex parts of Russian-occupied Ukraine that held Kremlin-orchestrated referendums on living under Moscow’s rule. The votes were denounced by Kyiv and the West as illegal and rigged.

“We will not be deterred from supporting Ukraine, we will continue to stand with the Ukrainian people, and provide them with the security assistance they need to defend themselves, for as long as it takes,” White House press secretary Karine Jean-Pierre said.

Since the funding is for contracts for weapons and equipment, it is aimed at helping Ukraine secure its longer-term defense needs. It could take a year or two for Ukraine to get the systems. The U.S. has used Pentagon drawdown authority to provide weapons more immediately, and another announcement for that Defense Department aid is expected early next week.

The package includes funding for 18 of the High-Mobility Artillery Rocket System, or HIMARS, and ammunition for them, and 12 Titan systems, which are used to counter drones. Officials have said the HIMARS and other similar systems were key to Ukraine’s battle successes in recent weeks. And the Russians have been using Iranian-made drones to target Ukrainian forces, underscoring the need for more systems to counter that threat.

Also in the package is funding for about 300 vehicles, dozens of trucks and trailers to transport heavy equipment, a variety of radars, communications and surveillance equipment, and other gear for soldiers. It also will include funding for equipment to detect explosives and for maintenance and training.

A senior defense official said it will take six months to two years to get most of those weapons and equipment to Ukraine, and “a few years” for the additional HIMARS to arrive. The official said the 18 HIMARS are an investment in Ukraine’s future defense, and said the contract does not rule out other U.S. efforts to send additional HIMARS more quickly through the faster Pentagon drawdown program.

Senior defense and military officials spoke to reporters on condition of anonymity Wednesday to provide details of the aid package and a military assessment of the war.

The war, now in its seventh month, has shifted to a new phase, as Russia tries to rebound from recent combat losses and use the referendums to politically solidify the gains it had made in the four occupied regions in the south and east.

Pro-Russia officials in Ukraine’s Donetsk, Kherson, Luhansk and Zaporizhzhia regions said Wednesday they would ask Russian President Vladimir Putin to incorporate their provinces into Russia. It wasn’t immediately clear how the administrative process would unfold.

Jean-Pierre said the U.S. has determined that Russia falsified the results of the referendums, which it said showed overwhelming support for annexation.

“These so called referenda have been an exercise in coercion and disinformation, executed by puppet authorities following orders from Russia,” she said.

Jean-Pierre signaled that the White House was preparing new sanctions against Russia in response to the referendums, saying the U.S. and its allies planned to impose a “severe economic cost on Russia when they move forward with annexation.”

A senior military official said the U.S. has seen the first portions of Russia’s latest mobilization of reservists move into Ukraine. But so far it’s just been small numbers of them, the official said. Russia has announced plans to call up about 300,000 men with past military service, in the wake of widespread battlefield losses in Ukraine’s recent counteroffensive.

In response, tens of thousands of Russian men have fled the country to border nations in the past week, fearing that Putin’s mobilization will be much broader and more arbitrary than he has suggested. There are numerous reports of men with no military training and of all ages receiving draft notices.

The U.S. military official said Putin may find it difficult to generate 300,000 forces, and noted that troops who are needed to train the new conscripts are already fighting in Ukraine, raising questions about their ability to handle the tasks.