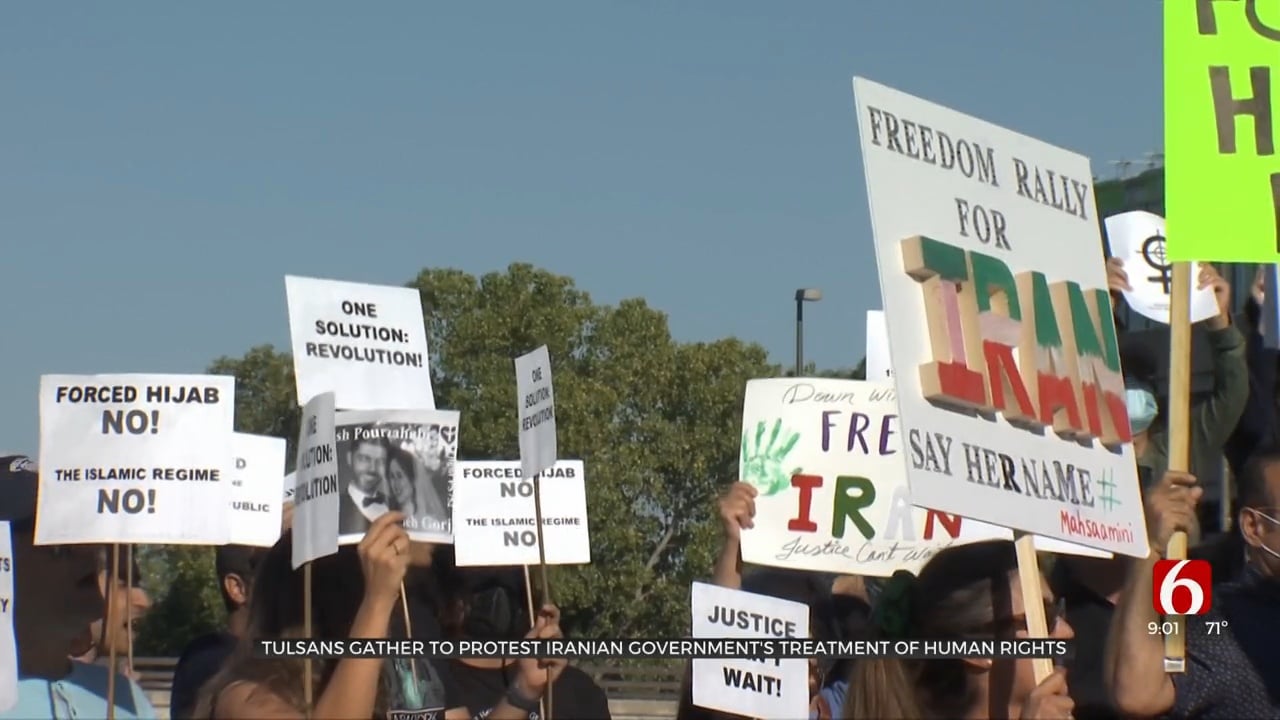 More than 100 people gathered Saturday at the Center of the Universe in Downtown Tulsa to protest the Iranian government's treatment of freedom and human rights in its country.

Hundreds of Iranians have been arrested or killed in recent weeks, as protests erupt over the killing of a 22-year-old woman whom police arrested for not covering her hair properly, according to their standards.

Iran's government has also shut off internet access in their country to try to end protests.

Many countries, including the U.S., have condemned the actions of the Iranian government and enacted sanctions on the country.