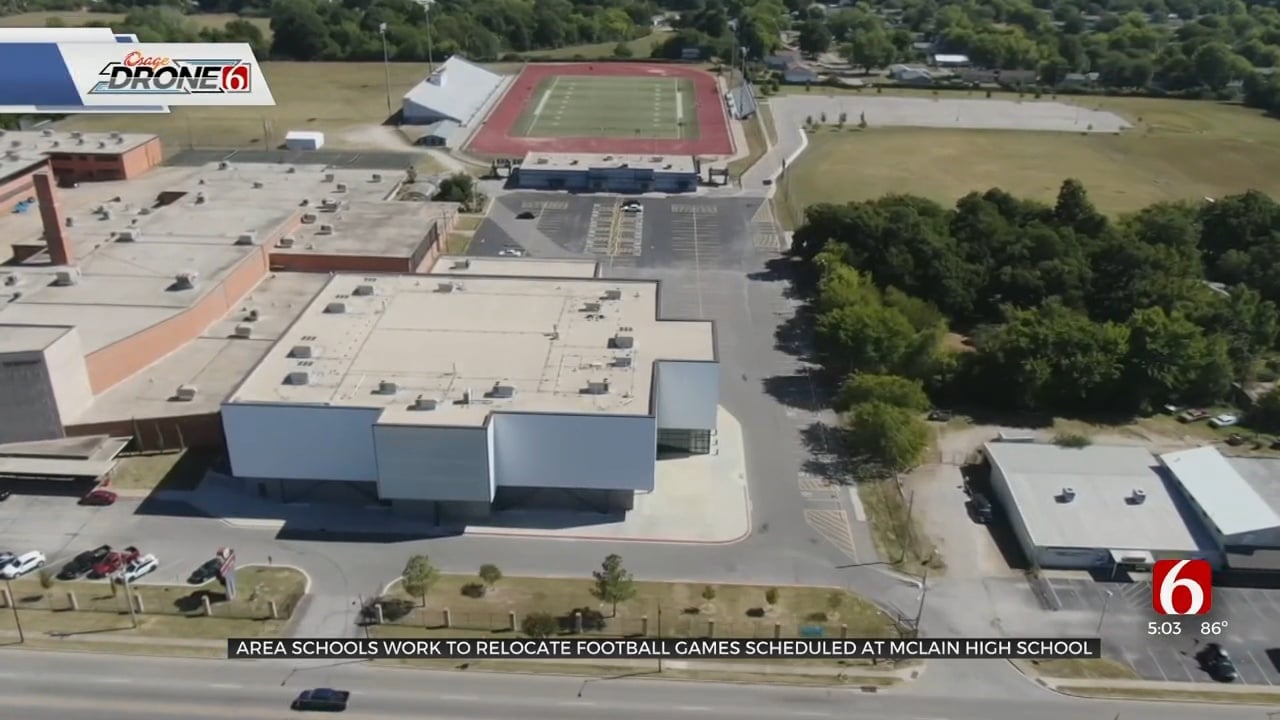 Area football teams that were previously scheduled to play at McLain High School this season are now trying to find other places to play, after a deadly shooting at McLain’s last game. A game scheduled with Wagoner will now be played on the road.

Tulsa Public Schools announced future games would be moved to a staggered schedule with some taking place on Thursday’s and Saturday’s in addition to Friday’s. Other schools said this is causing conflicts for their schedule.

Condict said McLain will be allowed to wear its home uniforms and all money received at the gate will be given to the school.

“The easiest conclusion was for us to provide workers for the game,” said Condict. “We’ll provide all those things like we do our home games.”

Condict said both districts worked together to come up with the plan.

Nathan Hale was scheduled to host Collinsville this Friday. Collinsville Public Schools said that game will now take place at its home stadium.