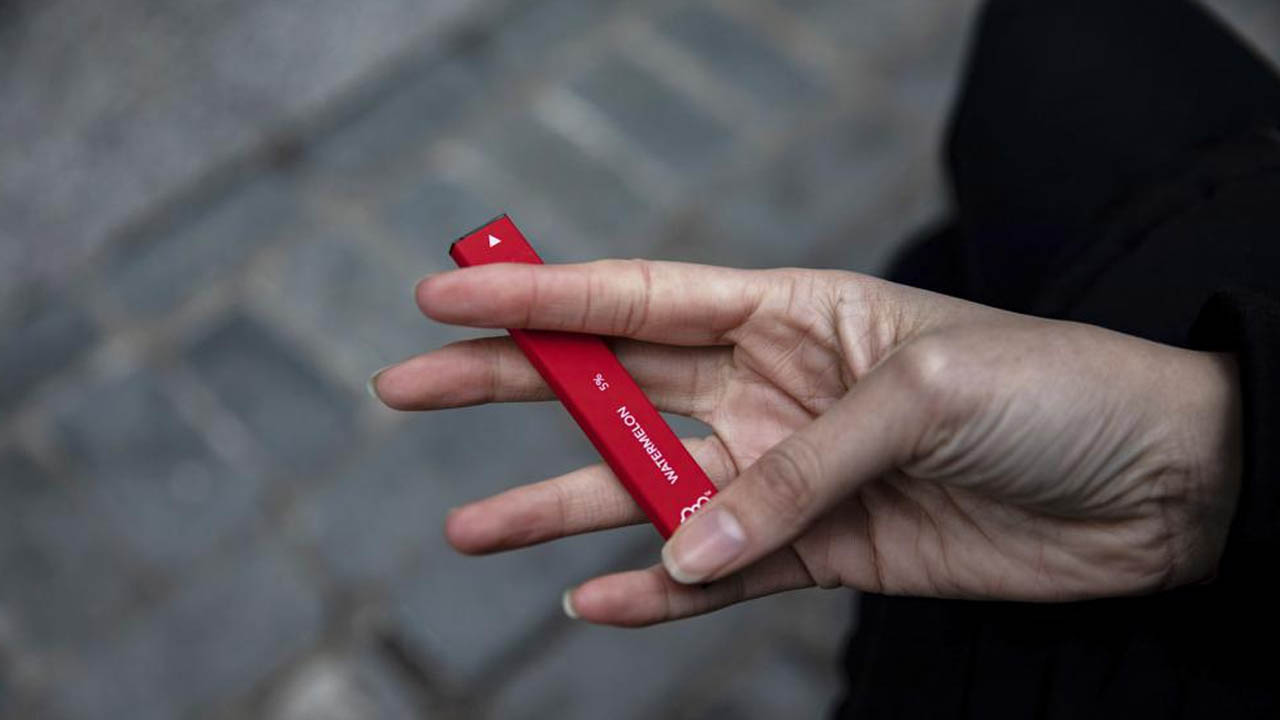 The latest government study on teen vaping suggests there’s been little progress in keeping e-cigarettes out of the hands of kids.

The data seems to show more high school students vaping, with 14% saying they had done so recently, according to survey results released Thursday. In last year’s survey, about 11% said they had vaped recently.

But experts cautioned that a change in the survey makes it difficult to compare the two: This year, a much higher percentage of participants took the survey in schools, and vaping tends to be reported more in schools than in homes.

“It continues to be difficult to assess (vaping) trends since the pandemic,” said Alyssa Harlow, a University of Southern California researcher who studies youth e-cigarette use.

Despite its persistence, vaping appears to be less popular than it was: In 2019, 28% of high schoolers said they had recently vaped.

Anecdotally, the 2021-22 school year was worse than it was before the pandemic, said Mike Rinaldi, principal of Westhill High School in Stamford, Connecticut. That school year was the first when most kids returned from remote learning following COVID-19 lockdowns, noted Rinaldi, who speculated that many kids may have taken up vaping as they dealt with mental health issues or stress related to the pandemic.

Centers for Disease Control and Prevention researchers authored the new study, which is based on a Jan. 18 to May 31 online survey of about 28,000 U.S. middle and high school students.

The study asked about use of e-cigarettes and other vaping devices in the previous 30 days. In addition to the 14% of high school students who said they vaped recently, about 3% of middle schoolers said they had done so.

Of those who vaped, about 28% said they did it every day.

The Food and Drug Administration on Thursday took action against the makers of both Puff Bar and Hyde following months of urging from congressional lawmakers and parent groups.

The agency sent a warning letter to Puff Bar manufacturer EVO Brands, stating that the company never obtained U.S. permission to sell its products and that they are being marketed illegally. Only a handful of vaping companies have received FDA clearance for their products, which must demonstrate a health benefit for adult smokers.

The agency also said it ordered Hyde manufacturer Magellan Technology to remove its products from the market, after rejecting its application for FDA authorization.

The FDA has struggled to regulate the sprawling vaping landscape, which includes both established companies and smaller startups. Regulators have been pilloried by Congress and anti-vaping advocates for missing multiple deadlines to issue decisions on millions of vaping products submitted by companies.

In the last three years, federal and state laws and regulations have raised the purchase age for tobacco and vaping products, and banned nearly all teen-preferred flavors from small, cartridge-based e-cigarettes.

Some kids also may have been scared away by a 2019 outbreak of vaping-related illnesses and deaths — most of them tied to a filler in black market vaping liquids that contained THC, the chemical that makes marijuana users feel high.

Leaders of one advocacy group said they worry the battle to diminish youth vaping is not going well.

The numbers “may not reflect the much larger reality of youth e-cigarette use that we hear about on a daily basis from parents, teachers, pediatricians, and prevention specialists who are experiencing this urgent and ongoing adolescent public-health crisis,” the group, Parents Against Vaping E-Cigarettes, said in a statement.

The FDA tried to ban the leading e-cigarette maker Juul’s products earlier this summer, citing questions about its potential health risks. But it’s been forced to put that effort on hold following a court challenge.

In this year’s survey, about one-fifth of teens who vape reported recently using Juul, though it was no longer a favorite brand. That’s a big shift from 2019, when more than half of teens reported Juul as their usual brand.

Instead, many young people have migrated to e-cigarettes delivering laboratory-made nicotine — including Puff Bar — a loophole in FDA’s oversight that Congress closed this year. Despite gaining new authority over those products, the FDA missed a mid-July deadline to issue decisions on the vast majority of those products.