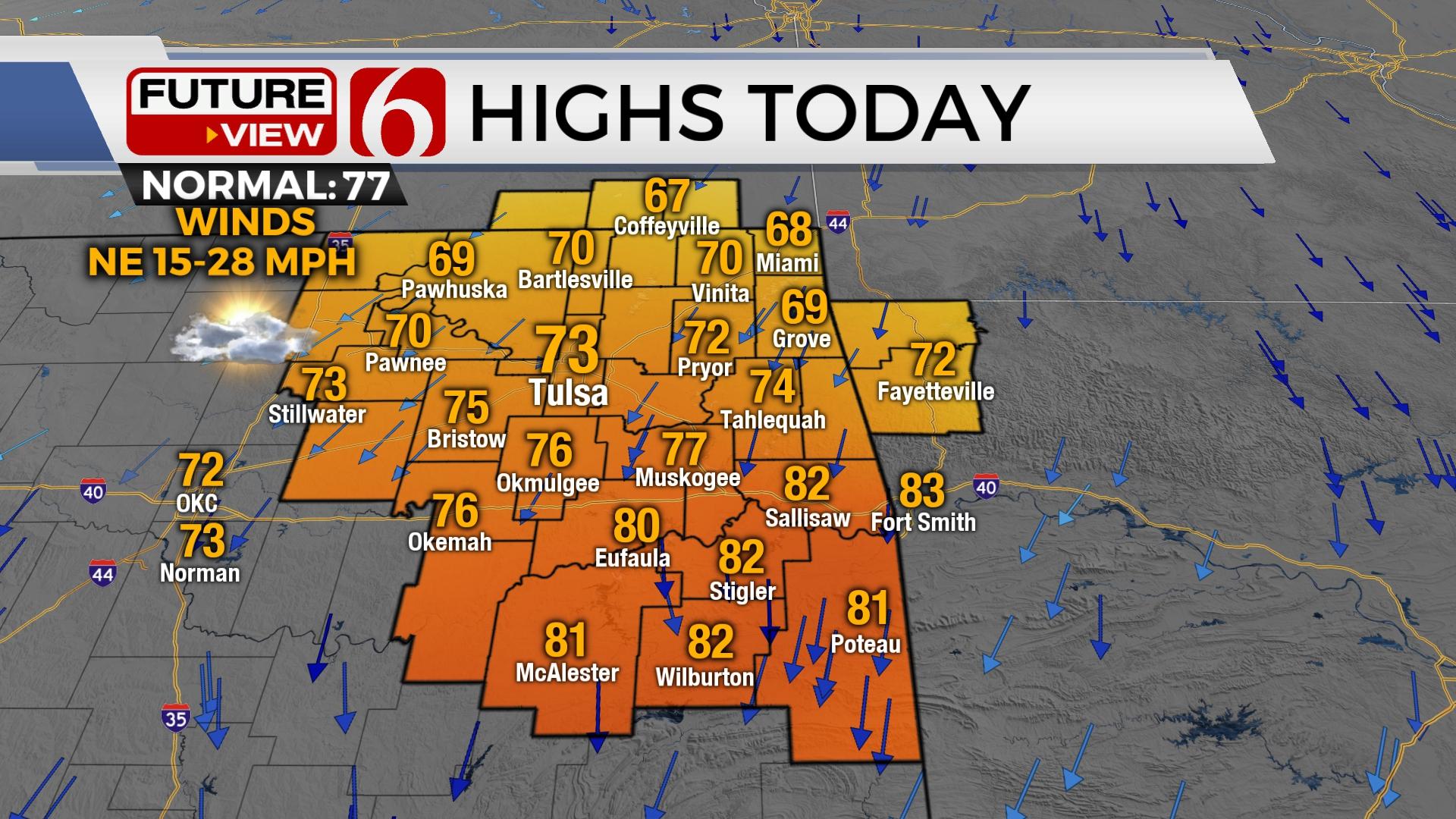 The much-advertised fall front is dropping southward on Friday morning. Gusty north to northeast winds at 15 to 25 mph will be likely for the first half of the day. Temperatures begin Friday morning in the 50s and will max out in the upper 60s and lower 70s across far northern Oklahoma, lower to mid-70s near the metro, and into the upper 70s and lower 80s across southeastern Oklahoma. A weak cut off low positioned to our west will spread some upper air energy eastward today and tomorrow resulting in a few scattered showers mostly across the western third of the state. A few showers are a possibility along the I 35 corridor region today and also for part of tomorrow. The potential for post frontal clouds across the area Saturday for most of northern Oklahoma should result in rather cool day. Regardless, temperatures are expected to start in the 40s Saturday morning across the northern third of the area and near 50 across far southeastern Oklahoma. Daytime highs tomorrow should stay in the mid to upper 60s north, and upper 60s and lower 70s south. North winds will remain at 10 to 15 mph Saturday. The pattern will quickly modify with south winds returning Sunday and increasing speeds next week as the southwestern cut off low weakens more and ejects into the southern plains. Another strong area of low pressure aloft will move from Southern Canada into the upper Midwest early next week. The result will be a potential for a few scattered showers and storms. Any amounts are expected to be mostly light. Another strong front will approach the area Wednesday evening or early Thursday morning. Low level moisture should be in place ahead of this system, and additional shower and thunderstorm chances will return to the northern third of the state Tuesday and Wednesday. As this front moves across our area, another cool down is likely lake next week. Our pattern will remain active for the foreseeable future. This means we’ll be tracking more frontal intrusions every 4 to 5 days. Cooler weather will also be more likely in the next 2 to 3 weeks.