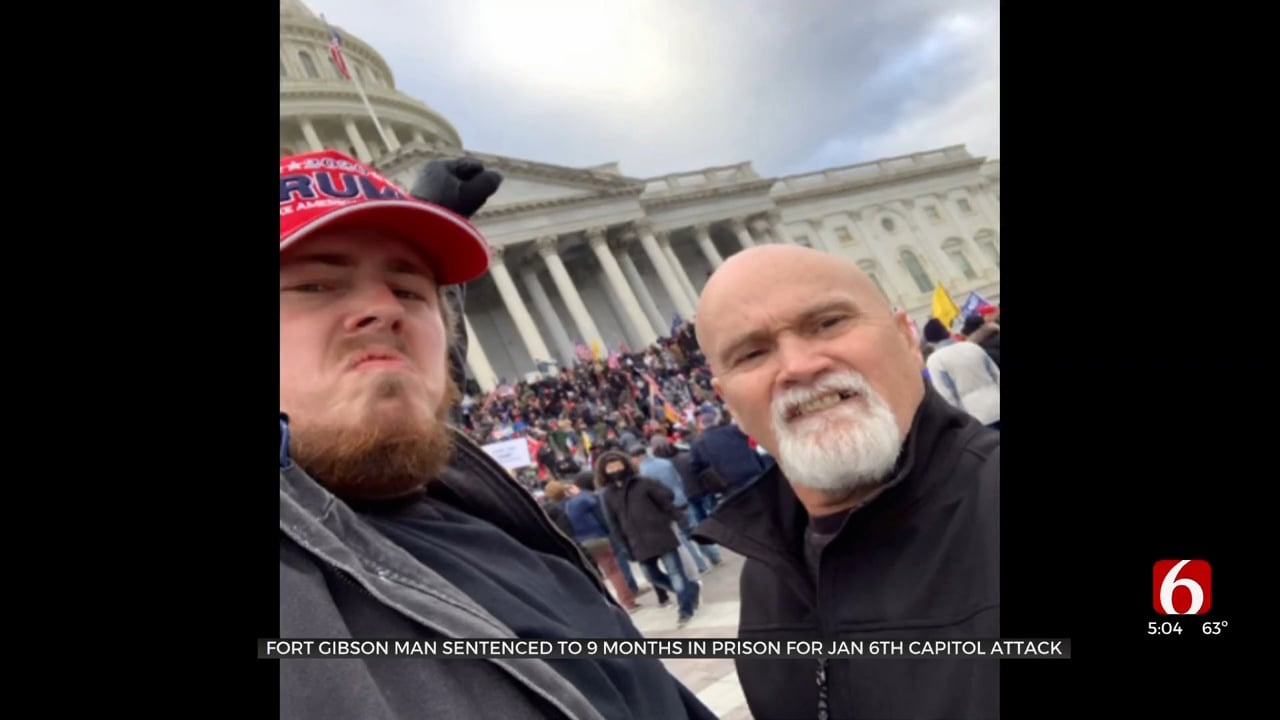 A Fort Gibson man will serve nine months in prison for his role in the January 6 attack on the U.S. Capitol building.

Jerry Ryals was sentenced Tuesday in U.S. District Court in Washington, DC, and was sentenced to more time than prosecutors had requested.

Ryals pleaded guilty to a single charge of civil disorder. Investigators developed a timeline of Ryal’s trip to and from Washington for a “Stop the Steal” rally, and gathered photographs and video of Ryals both outside and inside the Capitol.

Video used by prosecutors shows Ryals using a sign post to try breaking into an office in the Capitol. After the post breaks, he and several other men forced their way into the unoccupied office.

Prosecutors said Ryals took several photographs of himself while inside the building during the riot, including those photos in documents for the judge to consider during sentencing.